After almost two weeks of sleeping in a tent, we were becoming quite good at waking up, packing our stuff, the tent, and getting ready quickly. We stopped to get coffee and bought some pastries. When the lady saw our bags, she gave us free leftovers and wished us well! The kind of thing that will put you in a good mood in the morning.

Around 11h, we arrived in Eysus and stopped in a place called “La Salamandre”. That place was awesome. The owners were very friendly, and they had a tapas plate that was really good and really cheap. I had lived in Paris for about a year before starting the Camino, and that kind of plate would be thrice the price there!

After an extended break there, we started again. We were now getting into the mountains themselves. Not really climbing yet, but the landscapes were getting more impressive hour by hour. Just before a town called Escot, I even got to witness a helicopter landing. Apparently, it was carrying stuff to a higher point in the mountains. 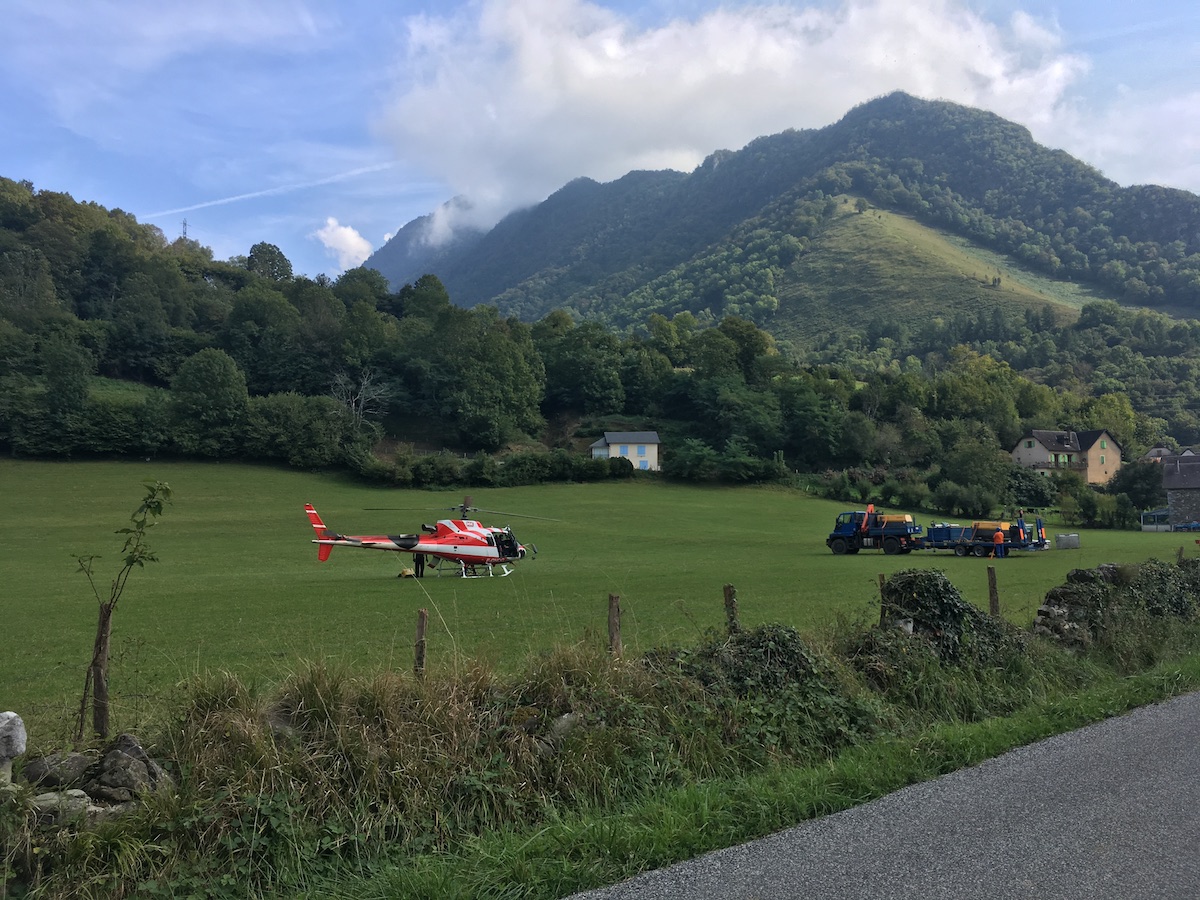 I could drive that.

The walk itself was enjoyable, but required attention: the rain of the past few days had made it slippery, and many paths were narrow and not well lit. But we got to Sarrance, and we took a break at the entrance of the city. 4€ Mojitos ! I took two of them. I was in a good mood, between the landscapes, the walk, and Loïc’s ankle was improving.

We met Daniel and François, the pilgrims we met in Auch again. They had planned on stopping at Oloron-Sainte-Marie, so we thought we wouldn’t be seeing them after we last met with them in Morlaas. But they were enjoying themselves too much, it seems, and so they wanted to go the Somport now. They also introduced us to two other pilgrims, Pascale and Maryvonne, whom they had met that day or the day earlier. 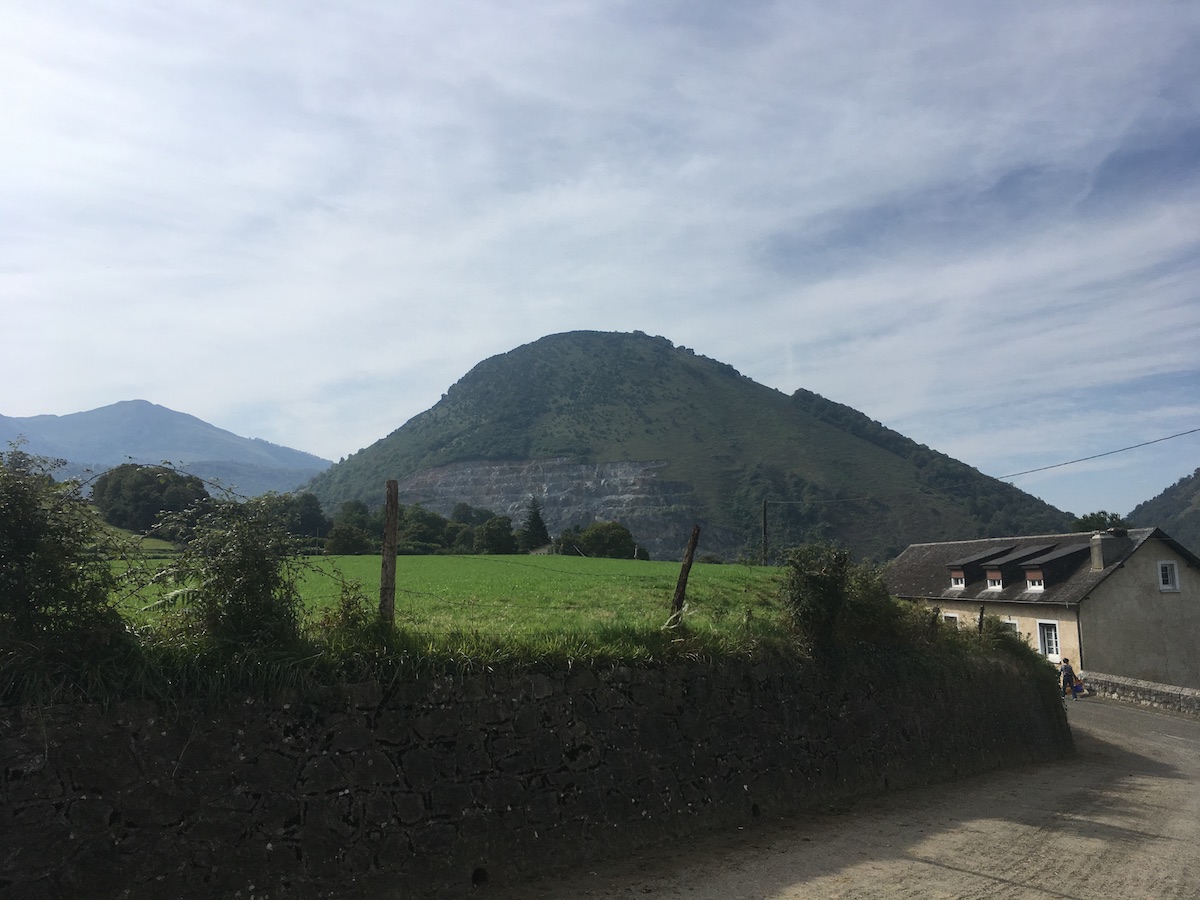 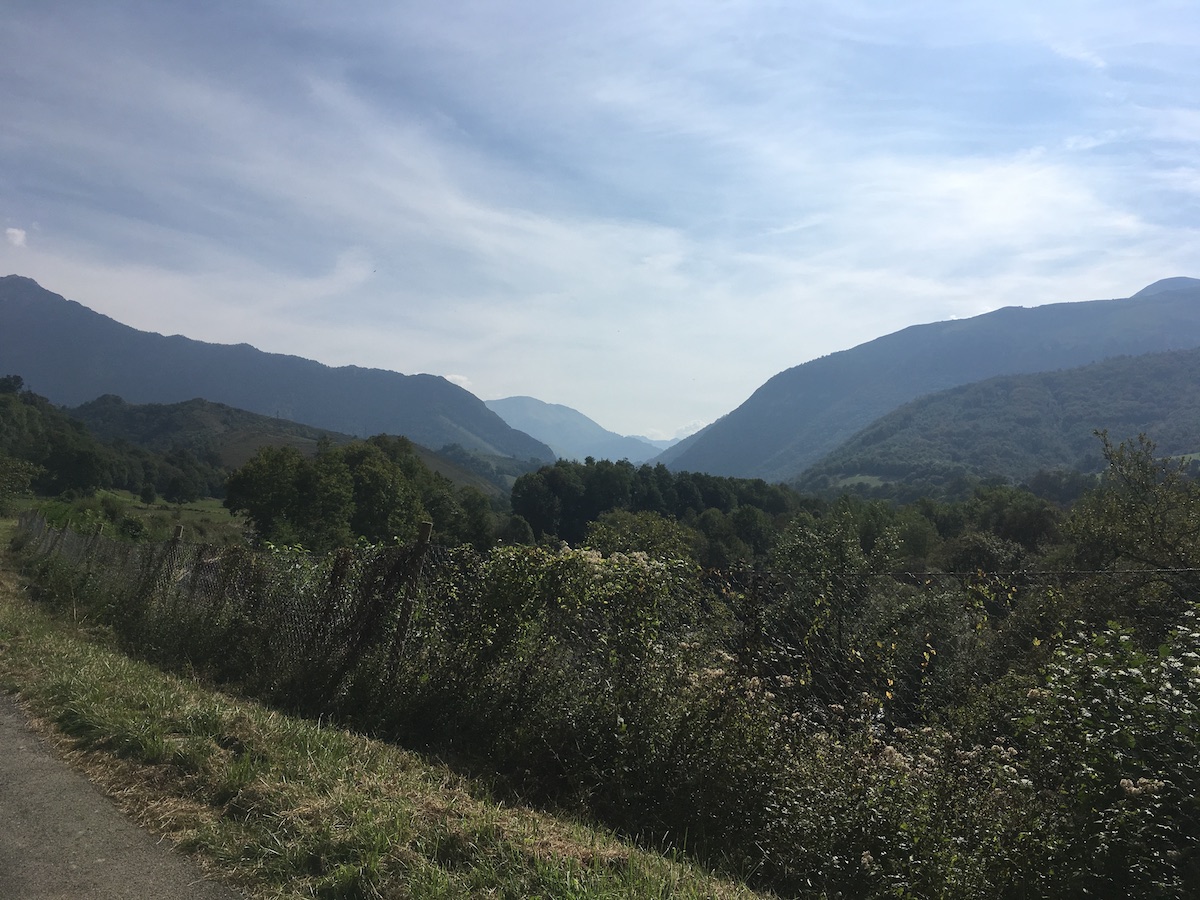 They were sleeping at the monastery, but it was a bit too expensive for us. However, the man in charge of hosting the pilgrims agreed to let us plant the tent in their backyard for free! There was a mild rain but we found a spot covered by trees. We then took our dinner, and a duck stole a bit of cheese out of Loïc’s hand. We called it our fee for the night.