The walk that day was similar to what we had the day before: enjoyable, but slippery. Without good boots, I’m sure I would have hurt my ankles or more. It was a bit hard to walk this kind of path right after waking up, but I managed. We arrived in Bedous for a coffee break that we took at a place called “L’escala”, halway between a library, halfway between a bar. The kind of place I could see myself hangout during the day, while I’m working or writing these words, for instance. 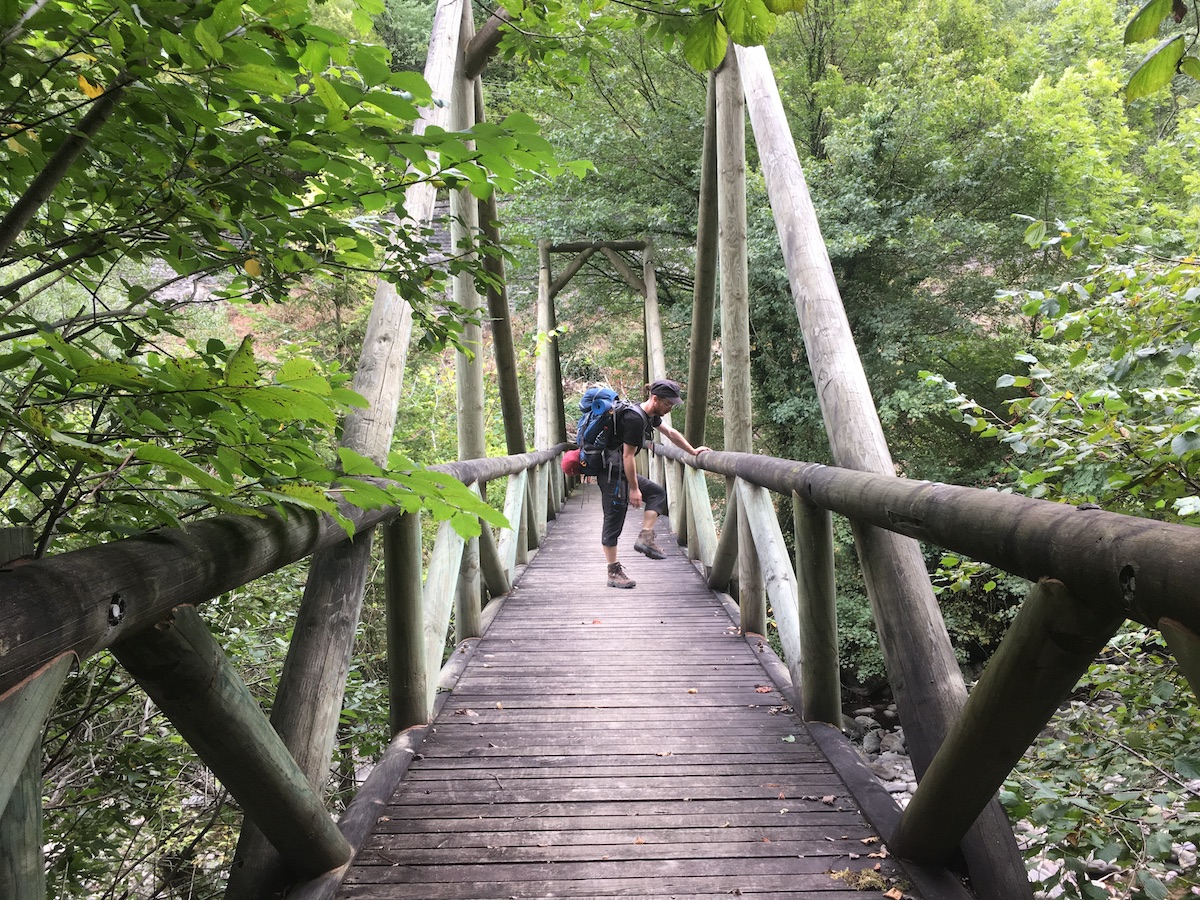 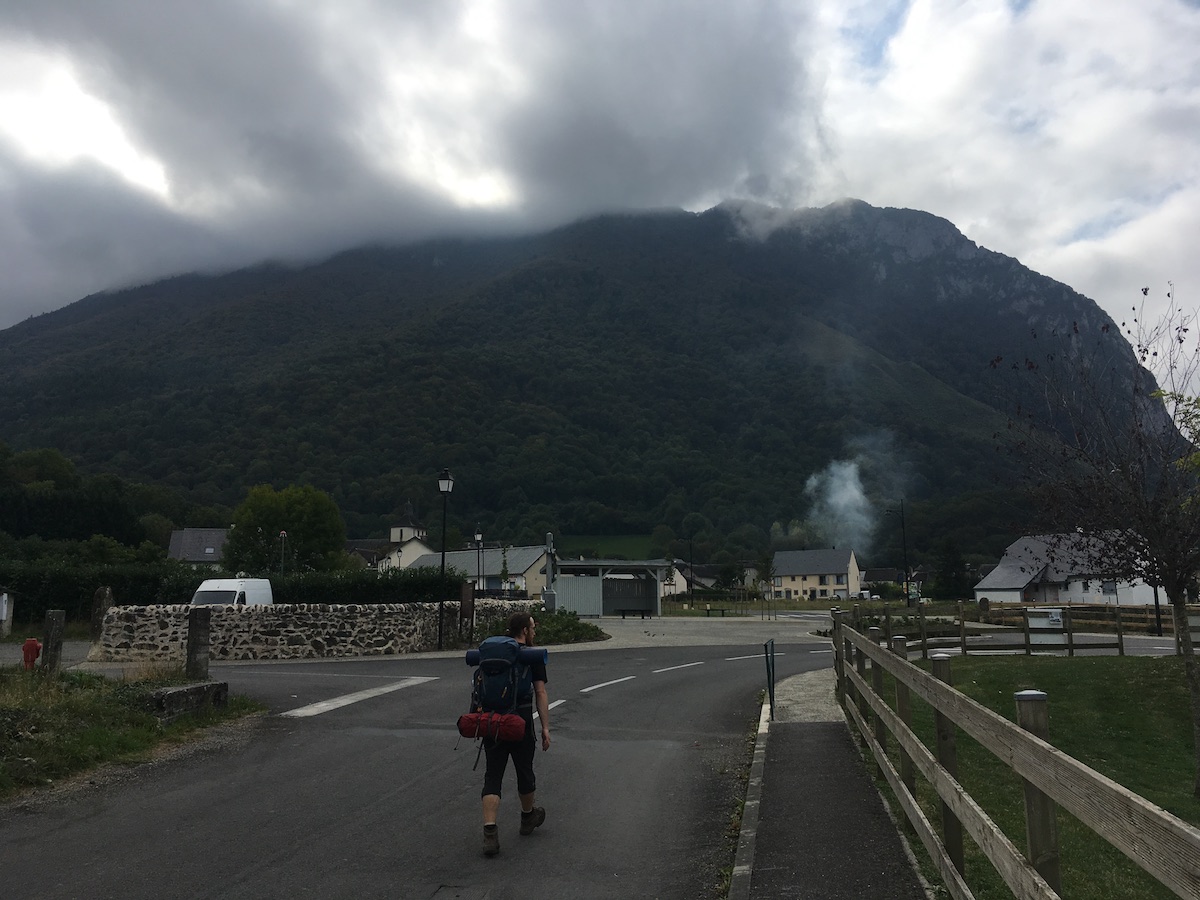 Even though it was cloudy and a bit gray, we had a nice view on the mountains. Short disclaimer: I love mountains. I found them beautiful, nature’s very own cathedrals. I hope the pictures I took do them justice! 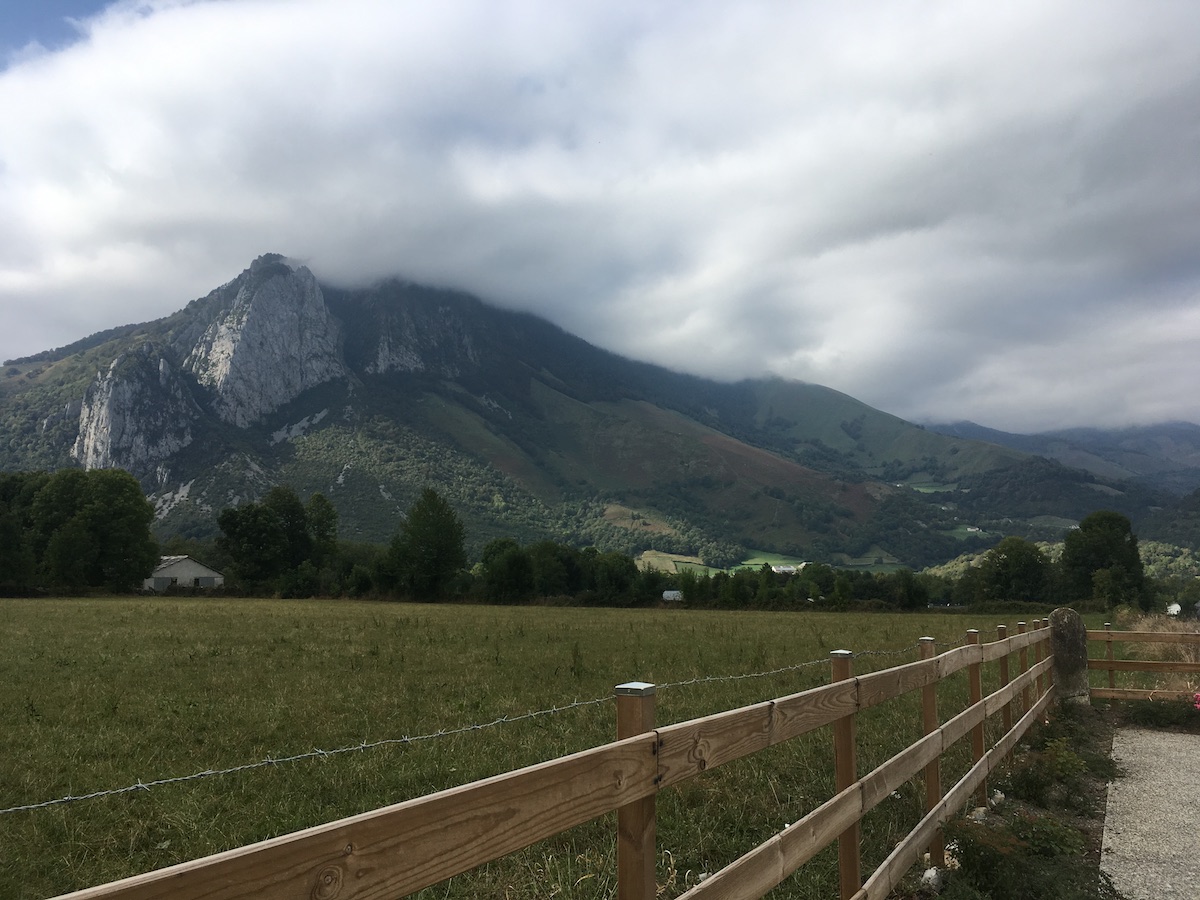 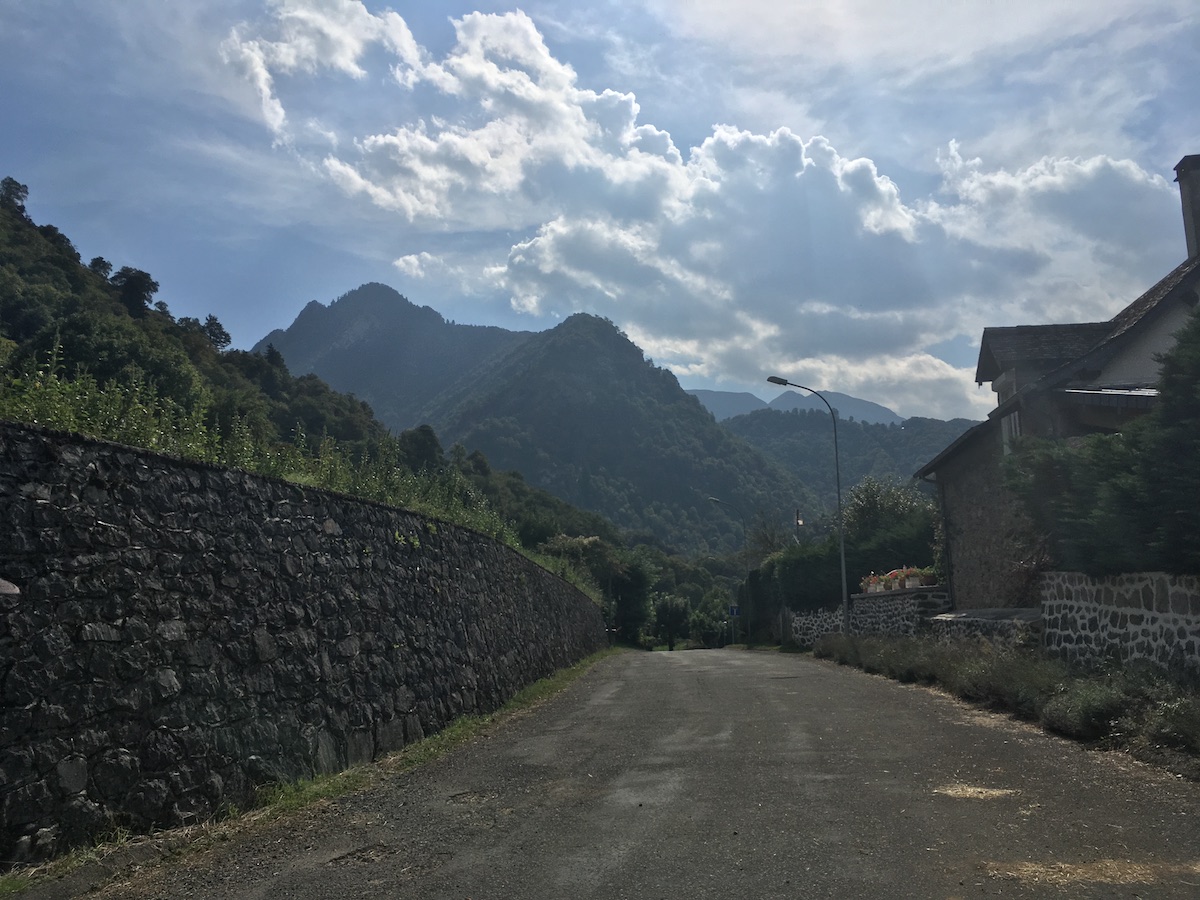 Ma', look at the clouds! So fluffy.

We arrived in Accous for our lunch break. According to my notes, on that day, “Loïc is putting back his boots on without the semelle, the dummy”. Apparently, it was worth writing down. The road to Borce was starting to look like mountain hiking: not too steep yet, but a nice preview of the following days. And we met our first cows since the test hike ! 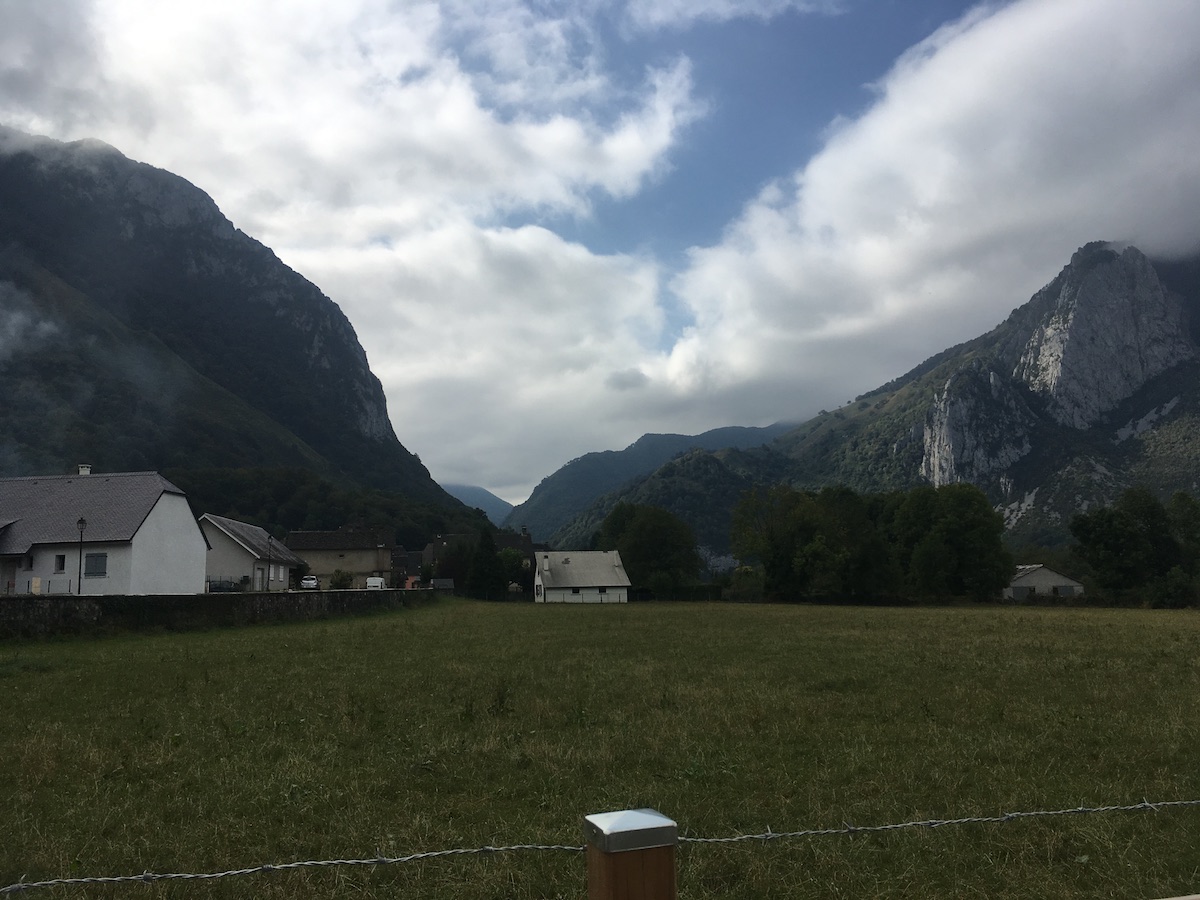 We arrived near 15:30. I think it’s safe to say that by that day, we had found our rythm. We were walking at a decent pace, we managed to achieve our daily goal late afternoon at best and had enough time to scout the city, take a break, run some errands, and plant the tent. 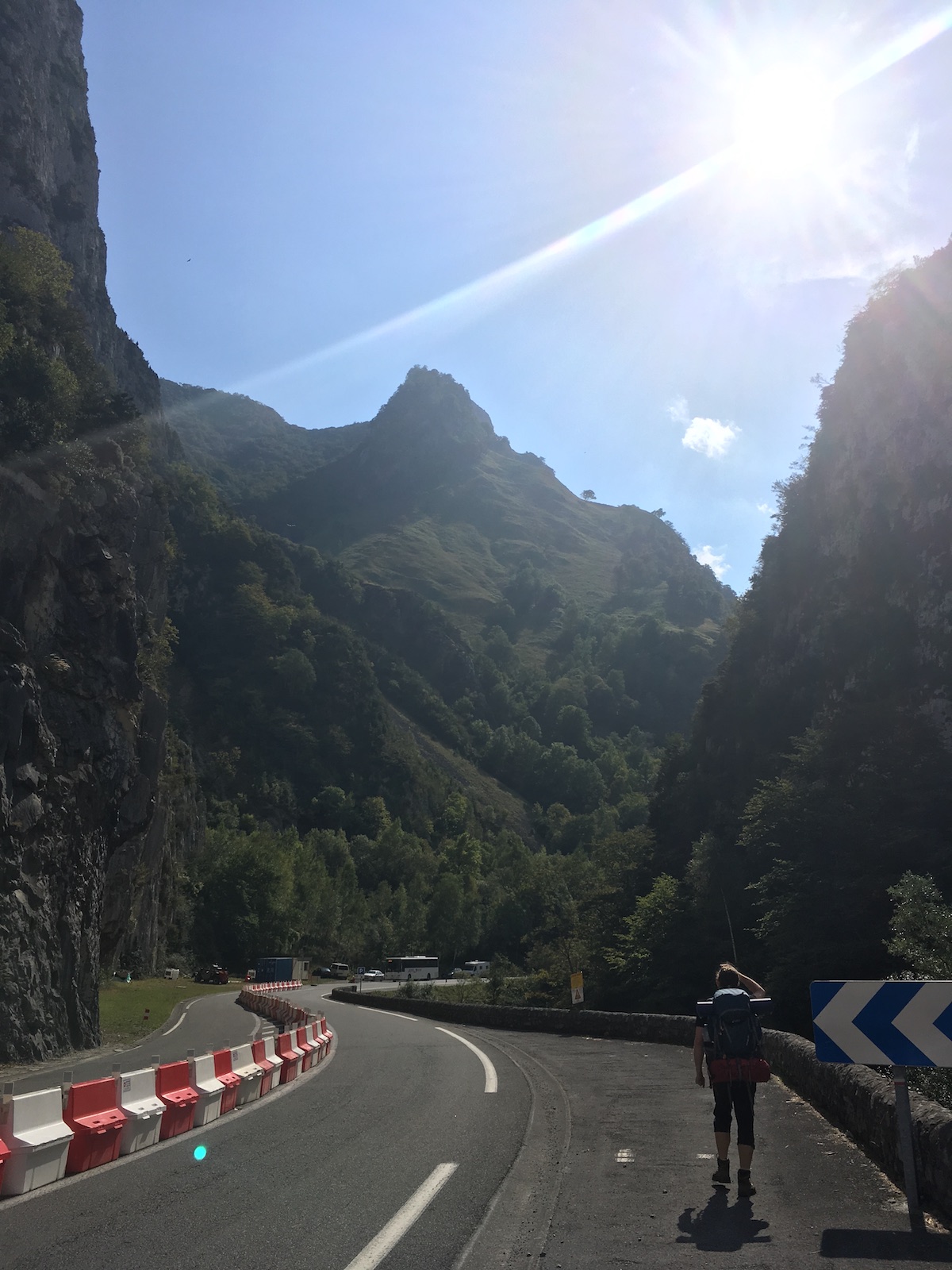 We would meet many pilgrims on the camino who could only walk for two weeks, due to work reasons. And I always felt a bit sorry for them, because two weeks seemed like the time your body needs to get in shape and used to what you’re asking him: after, you’ll enjoy the walk way more than before. 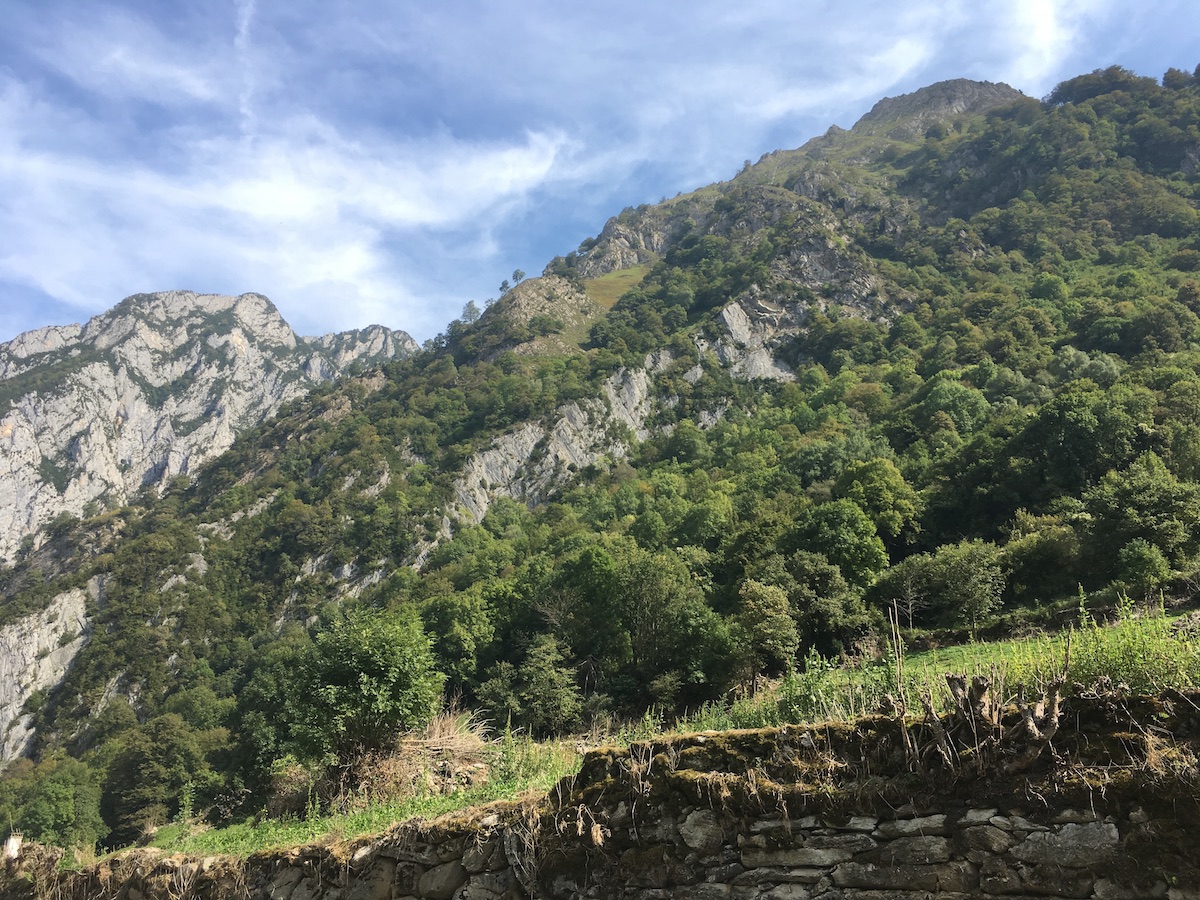 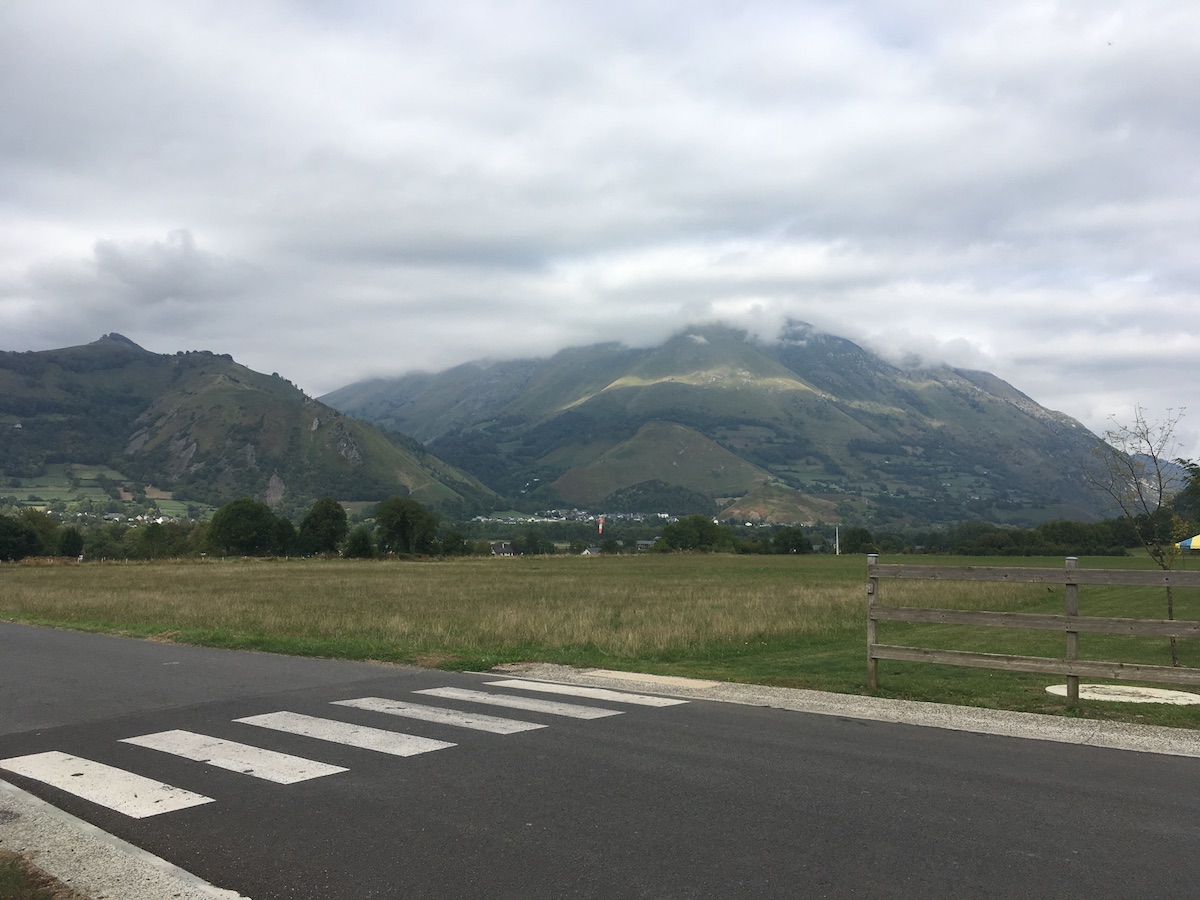 Anyway, we grabbed beers to celebrate our second week-yversary. It seemed than I got quite drunk with mine, because I wrote it down. But that’s what a 12° beer will do to you, after all.

Then we had dinner with the four other pilgrims, Daniel, Françoise, Maryvonne, and Pascale. Once again, this was supposed to be the last time we would the Daniel and Françoise, but this time it happened to be true. We ate, laughed, and drank like a happy family, and it felt very good. And that night, we slept in the chapel! It wasn’t spooky, sadly. 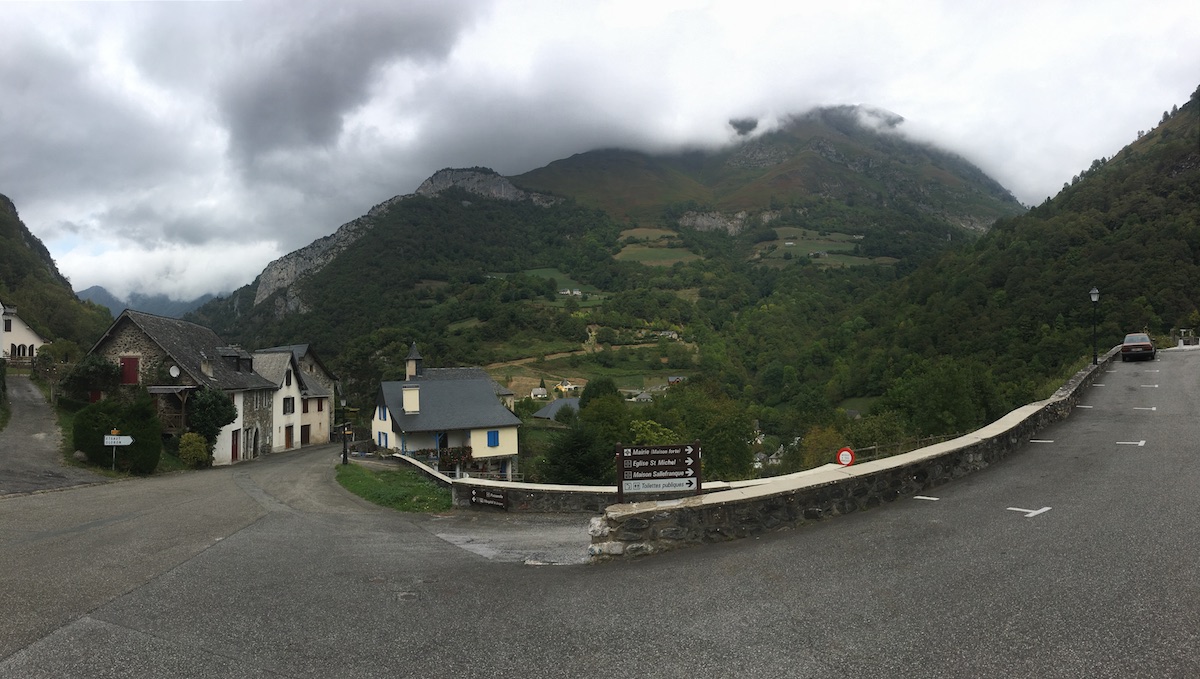 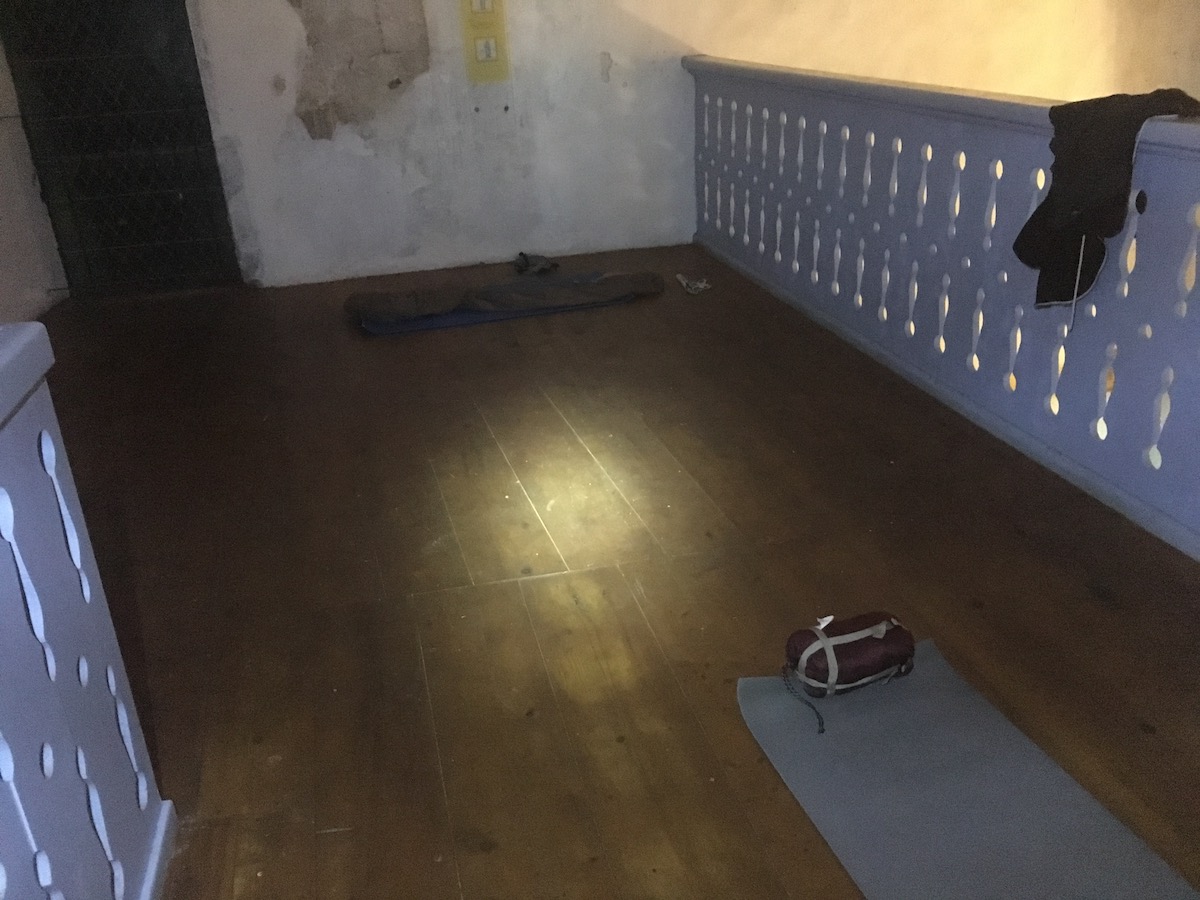