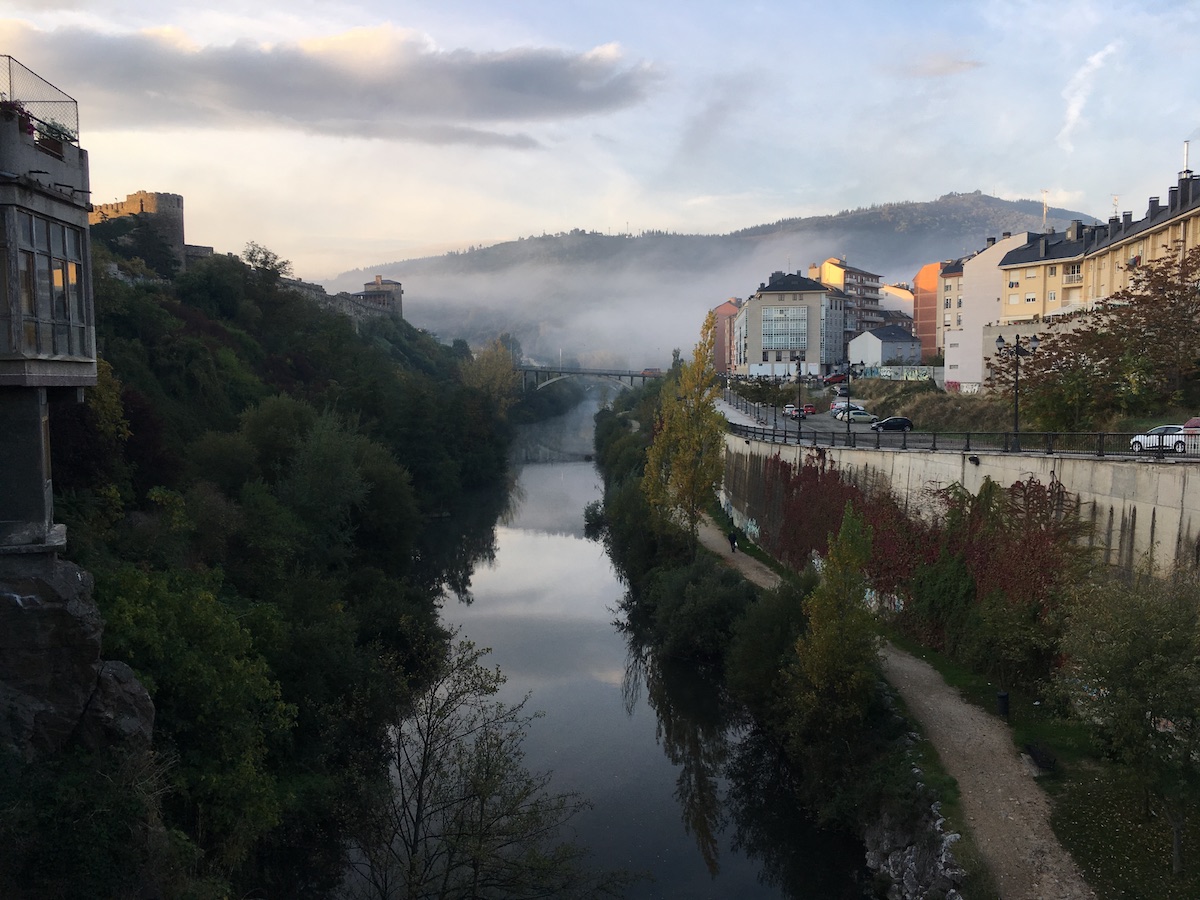 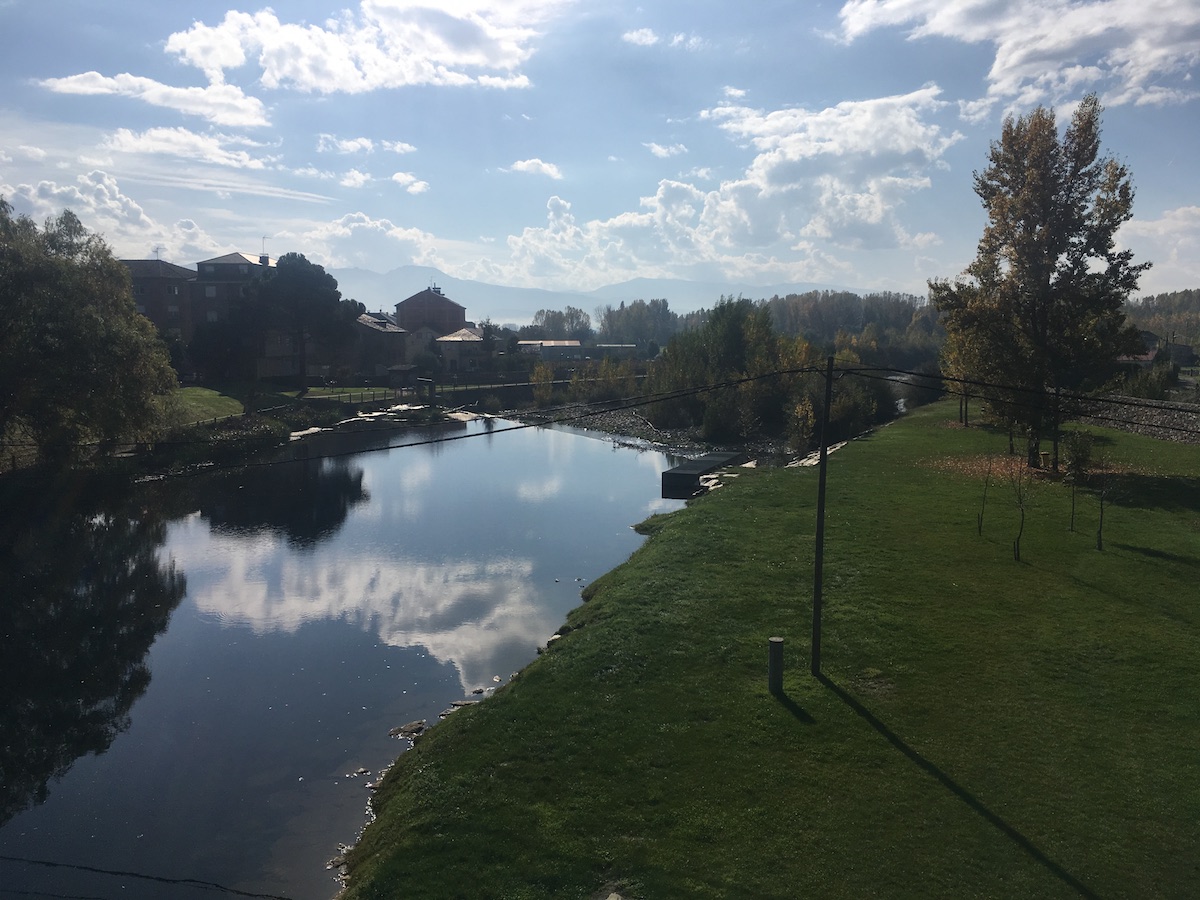 We grabbed breakfast with Loïc, Elena and Gaby and we escaped the city by following a road that was off camino and quite boring, but a little shorter than the camino itself. Since the city was drowned in fog, I don’t think we would have seen much of anything had we took the regulard road. I ran into Jem while having coffee and briefly saw Paul again. He was doing longer days than I was so I wasn’t sure I would be seeing much of him before Santiago.. Which was only about a week away. 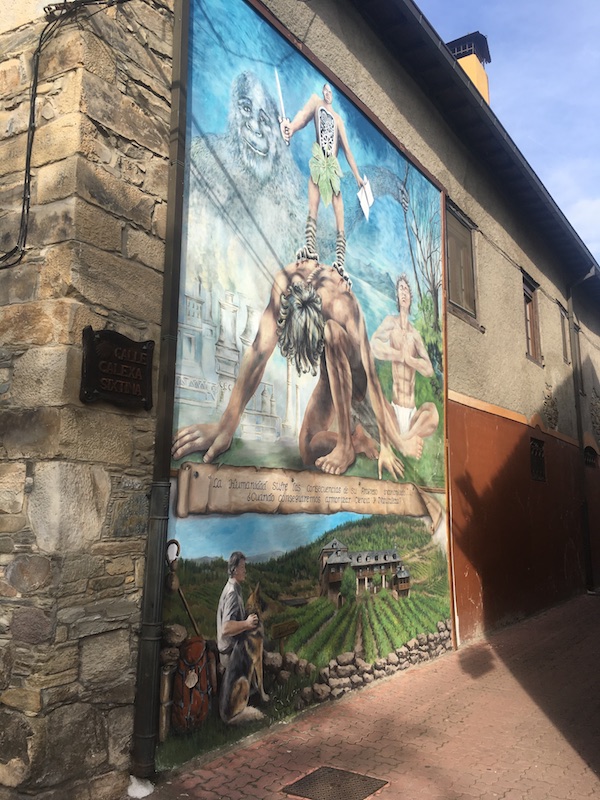 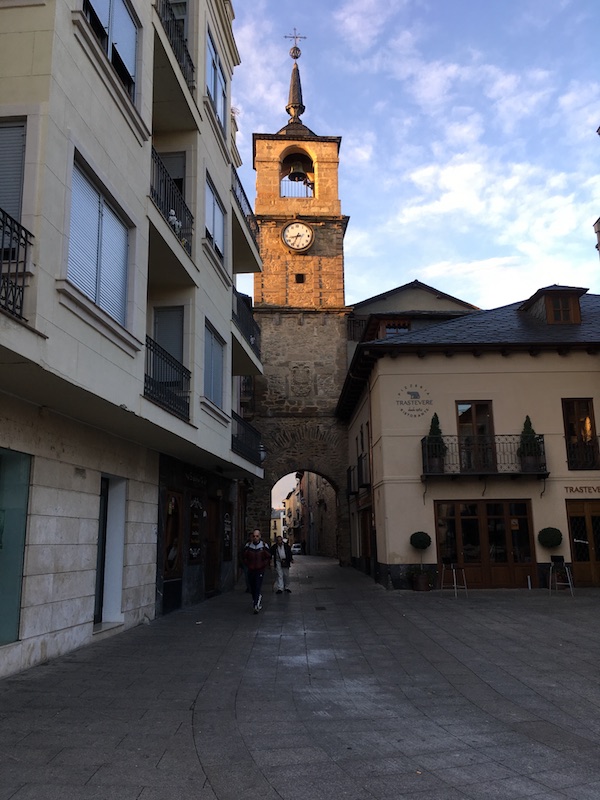 Loïc was once again walking slow, and I learned that he had hurt his knee on the road. A little later, I ran once into Yutaka whom I hadn’t seen since León. He was impressive: though he was walking at a slow pace (~4km/hour), he was walking between ten and twelve hours a day. All in all he was faster than we were, and he was also sleeping outside in his tent most of the time despite the cold weather at night. 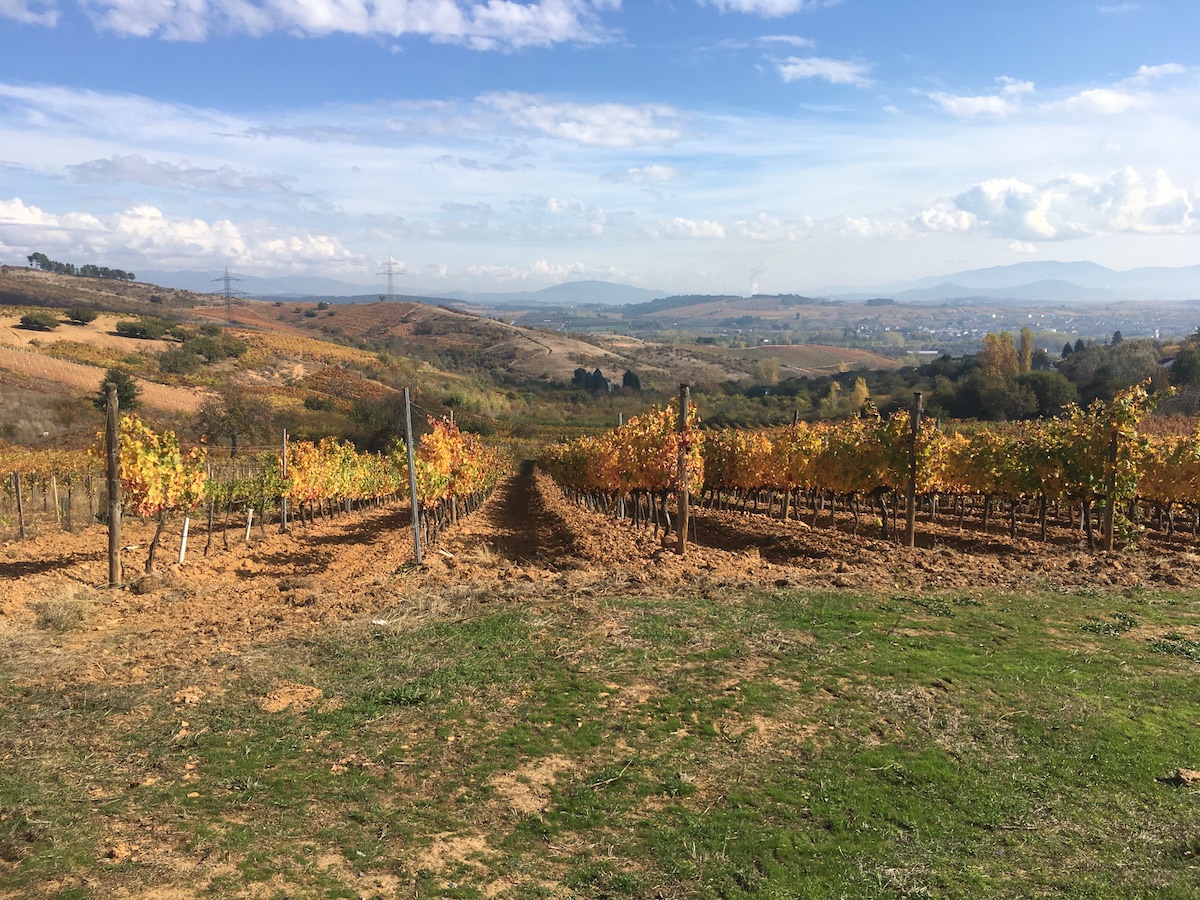 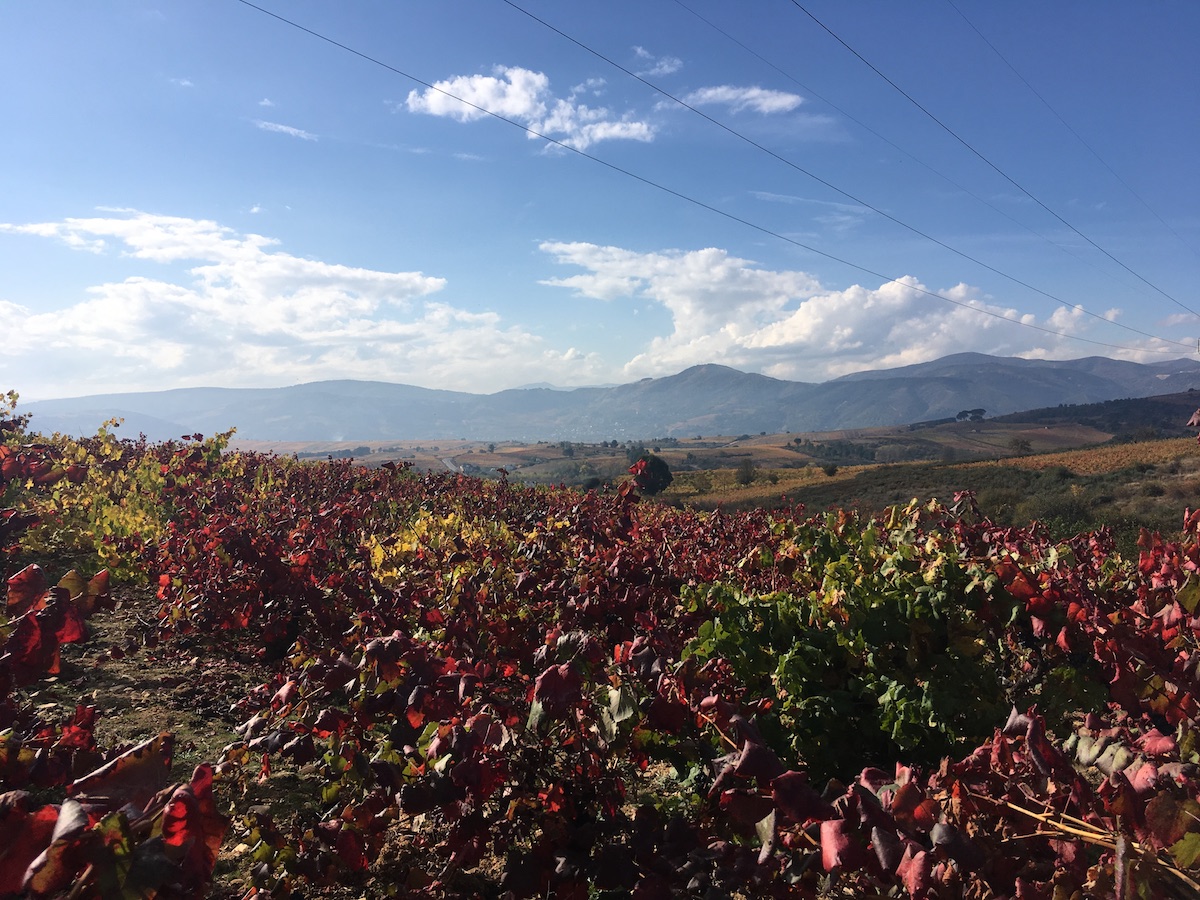 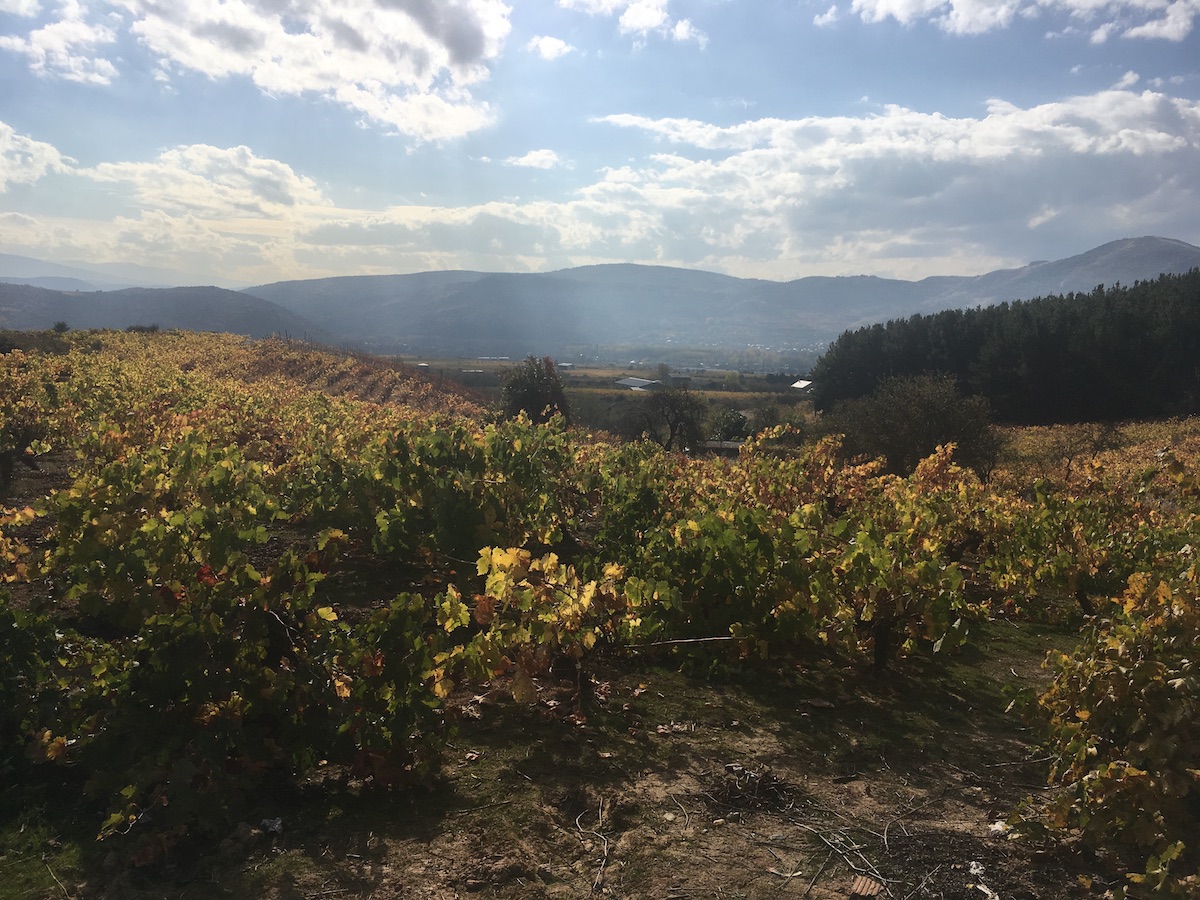 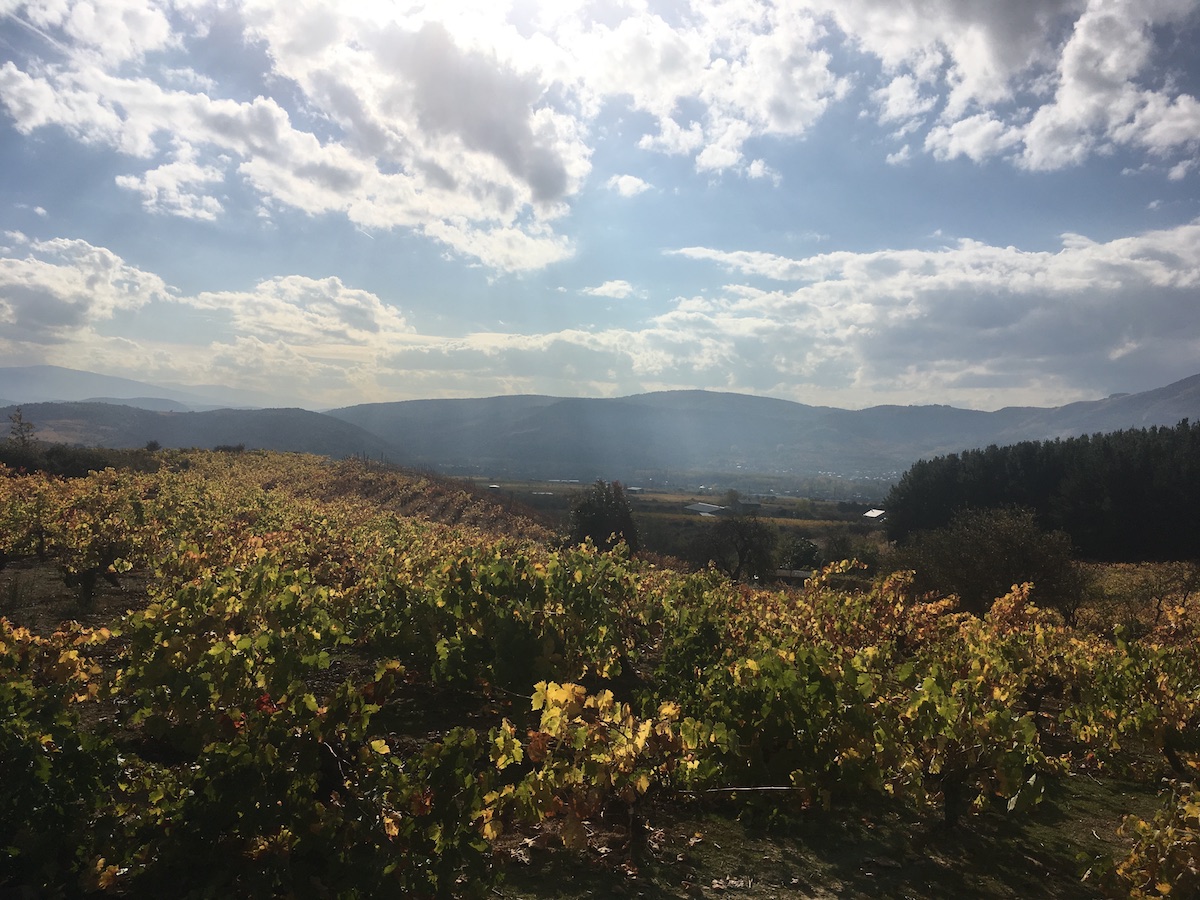 Once the fog lifted, the day was once again beautiful. We walked through hills, fields and vineyards, and the autumn colors were a blessing for our eyes. Gaby, Elena, Jem, Loïc and I decided to stop in Villafranca del Bierzo. We convinced Mike, a canadian pilgrim I met right after León, to stay with us once Elena told him that the albergue we were going to was supposed to look like a psych ward. 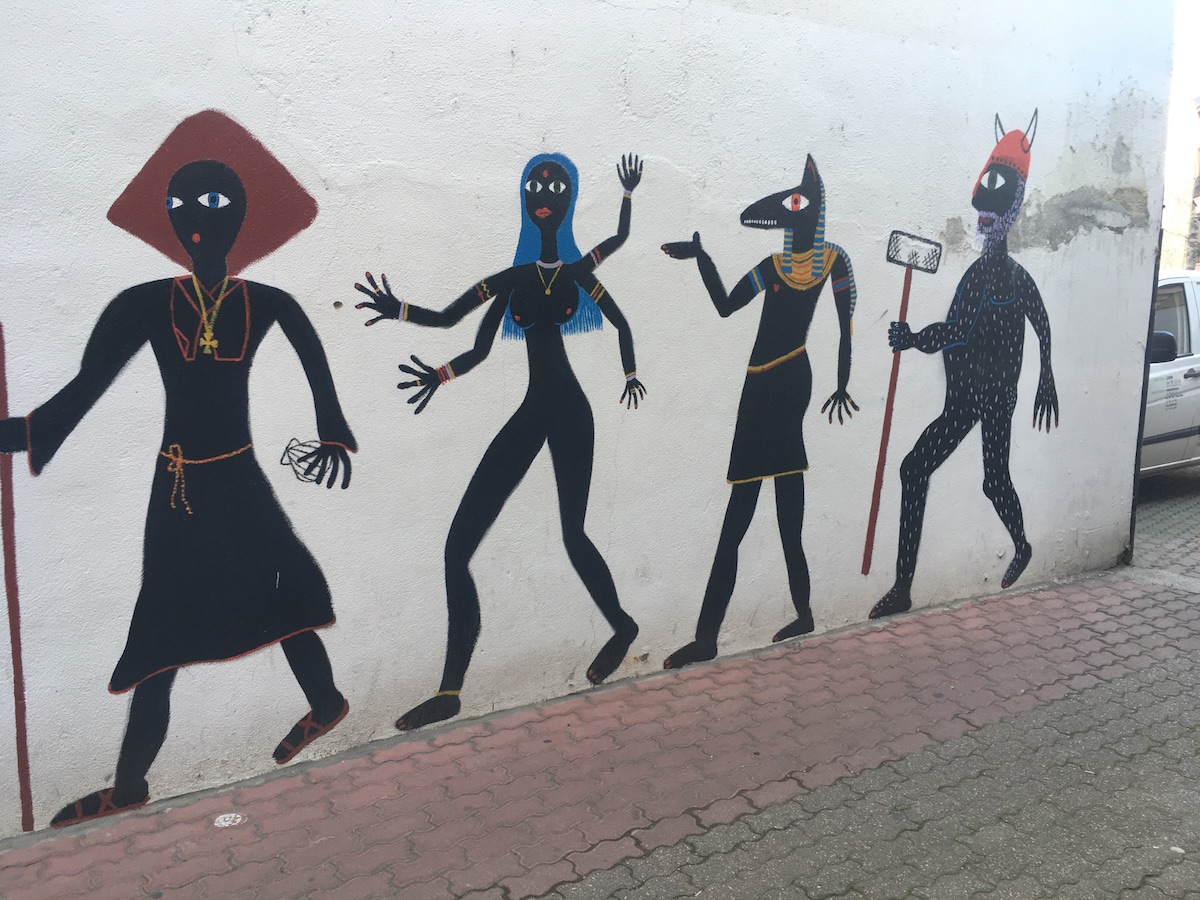 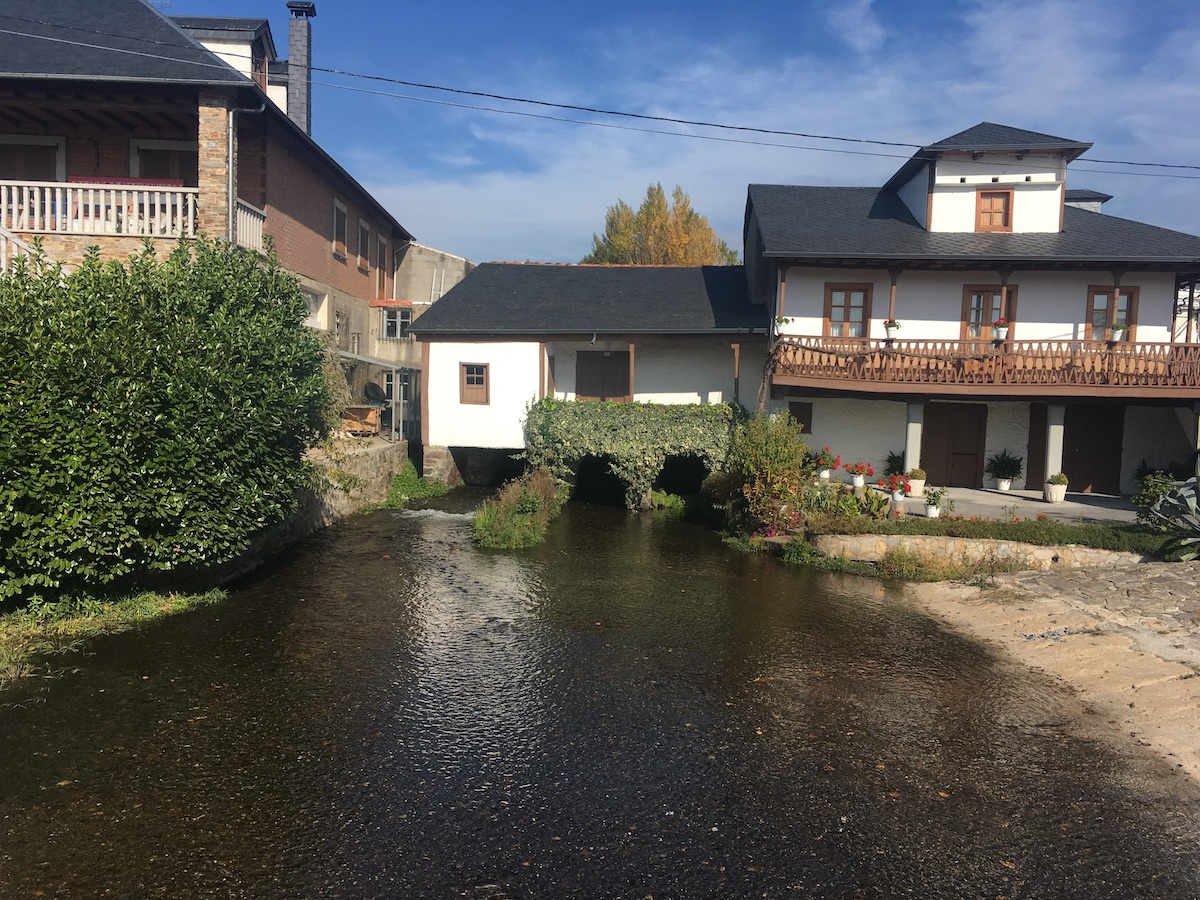 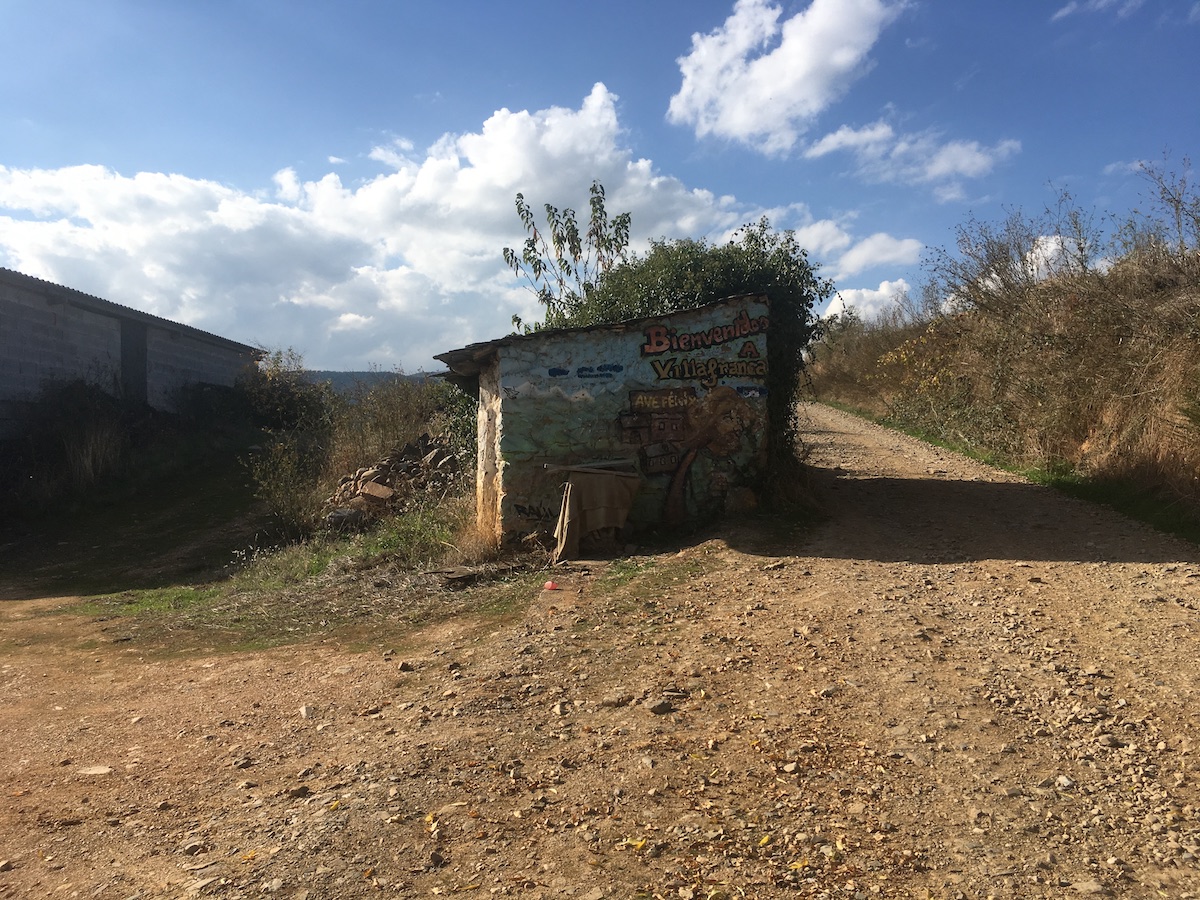 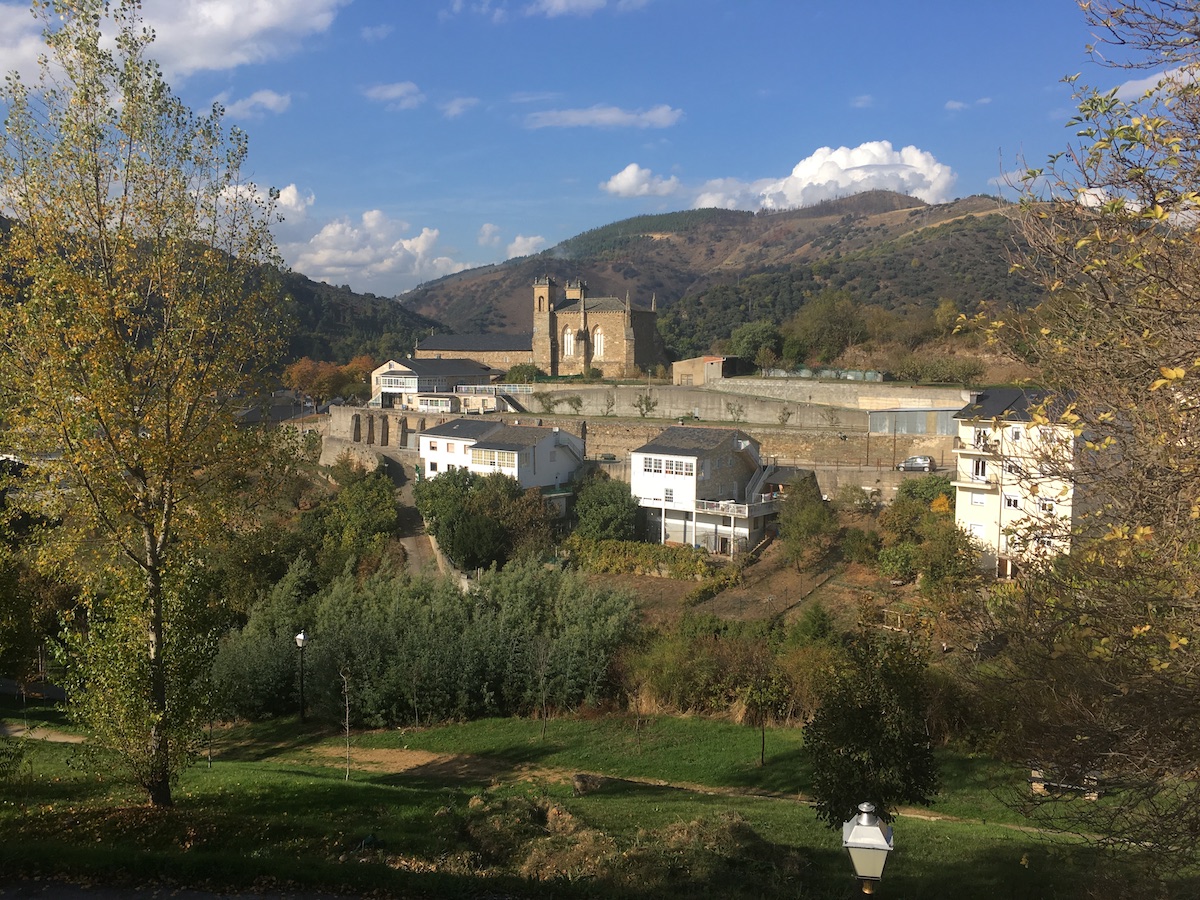 And it kind of did, between the white halls, white rooms, and austere hospitaleros. We pretty much had the whole place to ourselves, to the point that once it was time to go to bed, Mike went off and took another room just for himself. Before that though, we spent the rest of the day talking, having beers, and we made ourselves a communal dinner. Jem told us about his performance poetry, and I managed to write alternate lyrics to Sittin’ on the dock of the bay dedicated to a wooden stick that Loïc had left on the side of the road. Hence the name of the song: Stick on the side o’ the road. 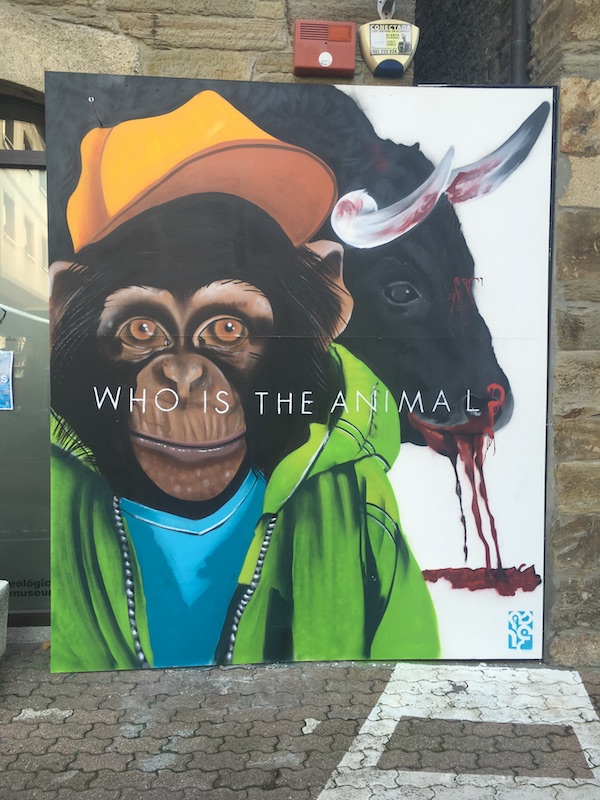