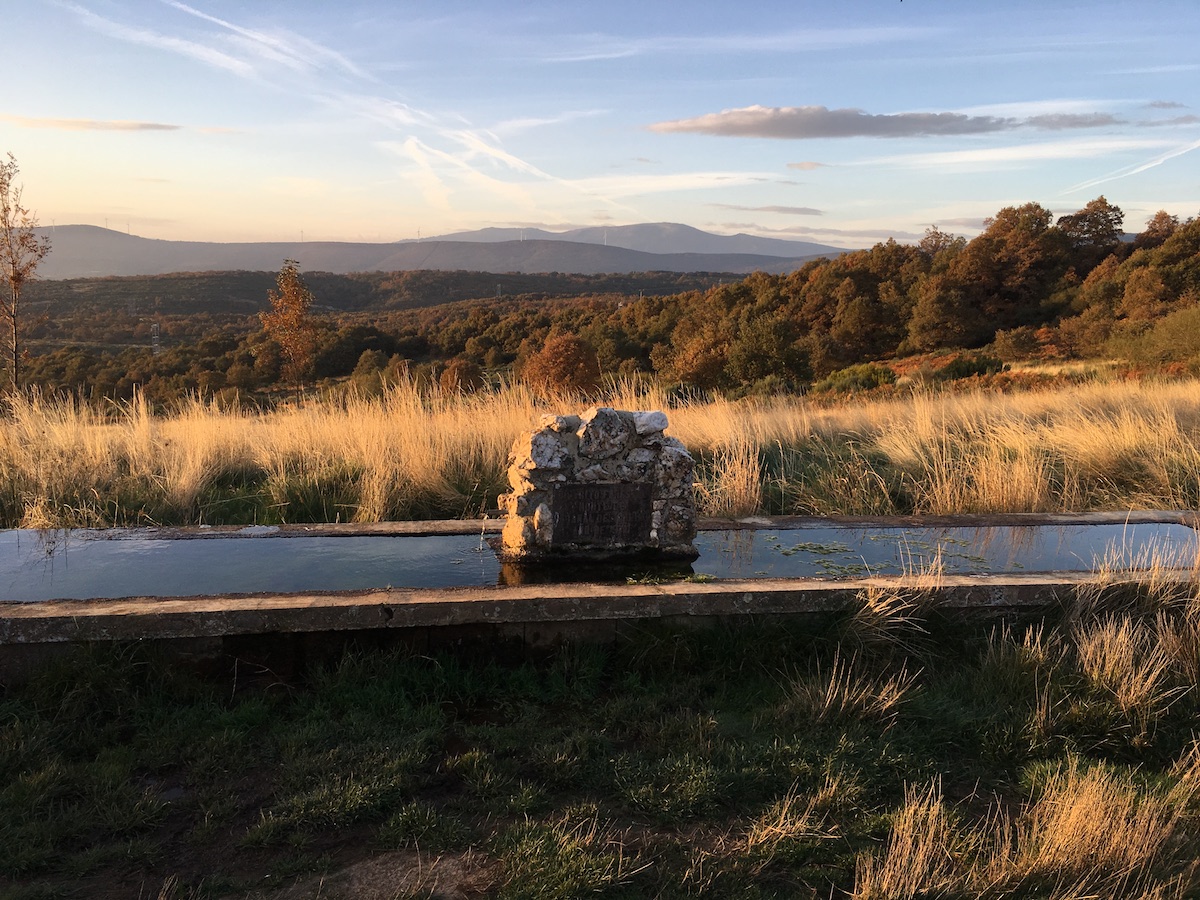 Loïc left early that morning, hoping to be at the mountain top and the iron cross for sunrise while I had breakfast with Paul. The way to the iron cross was pretty amazing. The morning sun over the autumn mountain way made for great landscapes. I noticed writings on some stones on the path: somebody had written the lyrics to a great song. I had hoped to find them all but only saw three of them… Had I a marker, I would have completed the song. 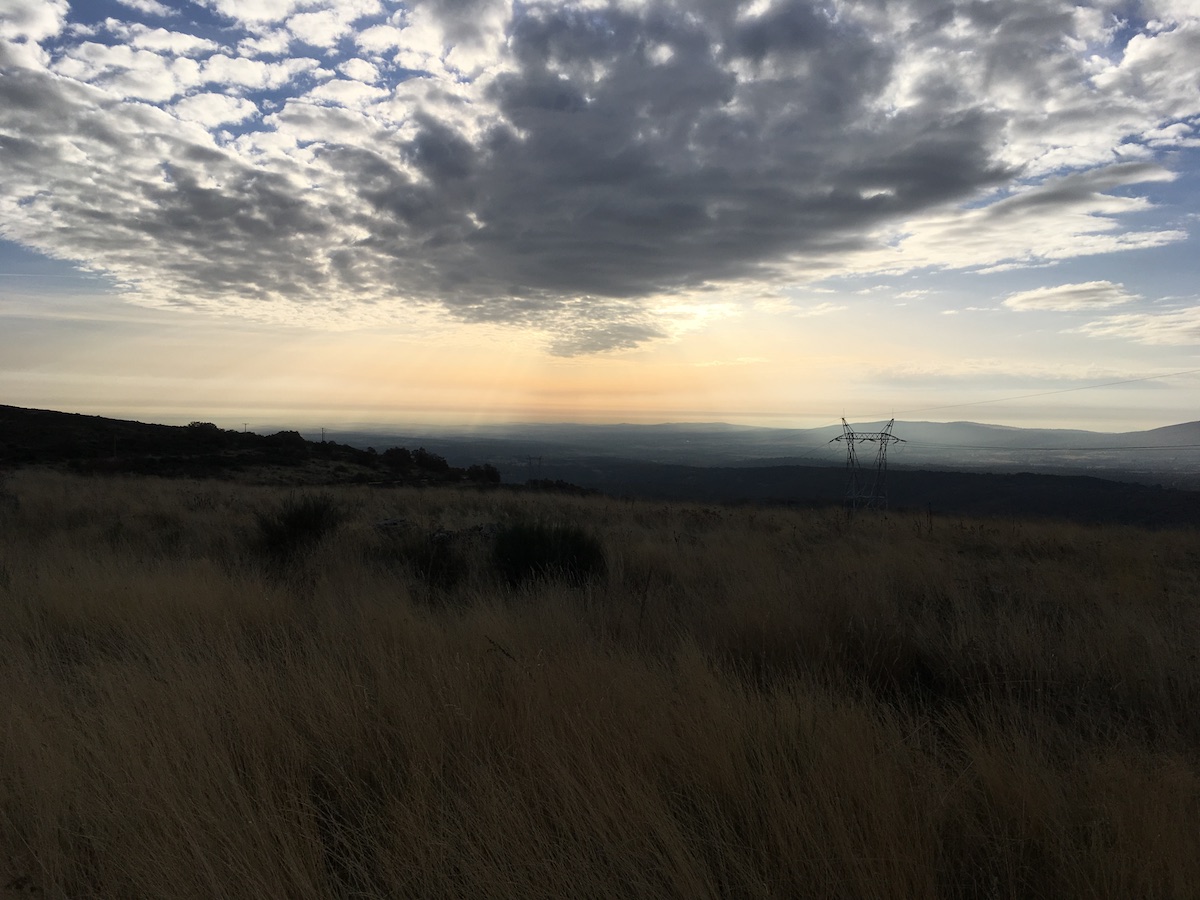 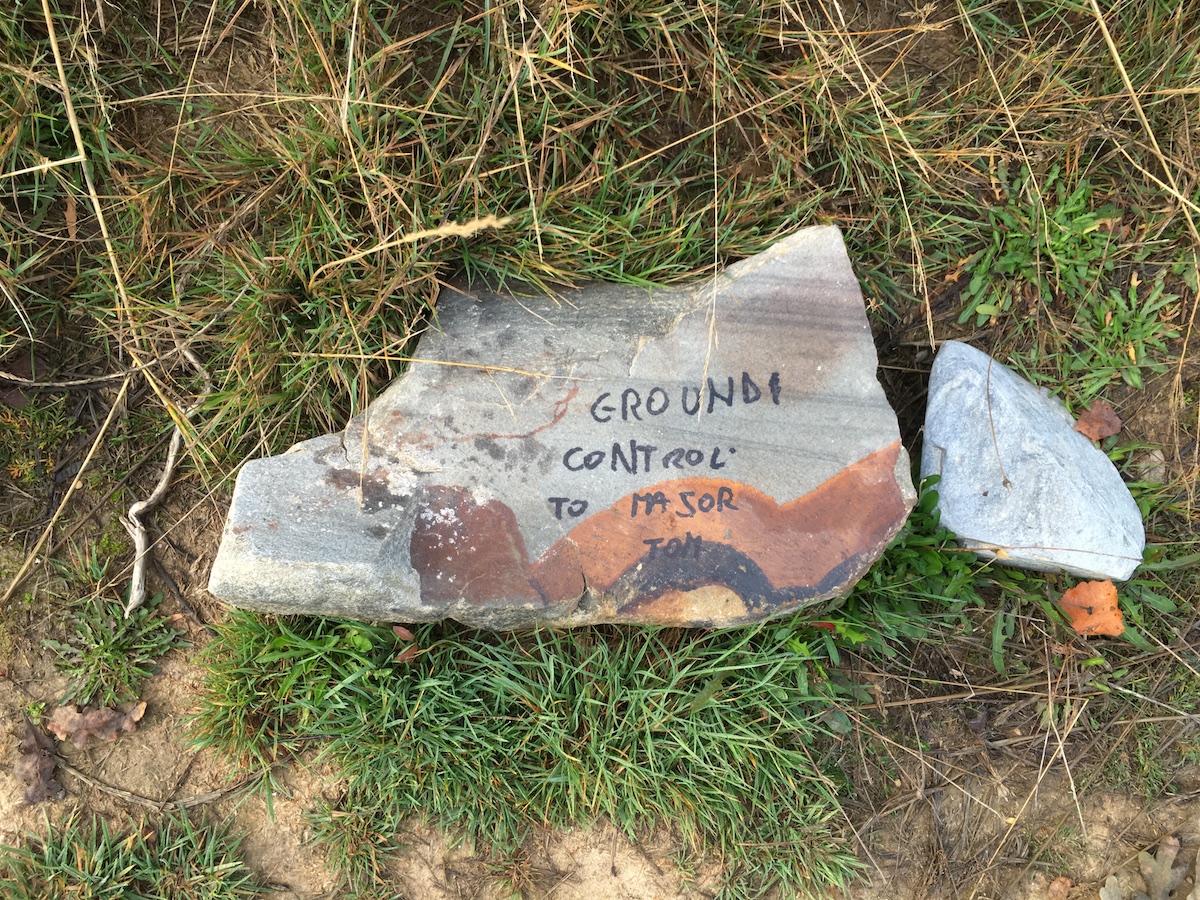 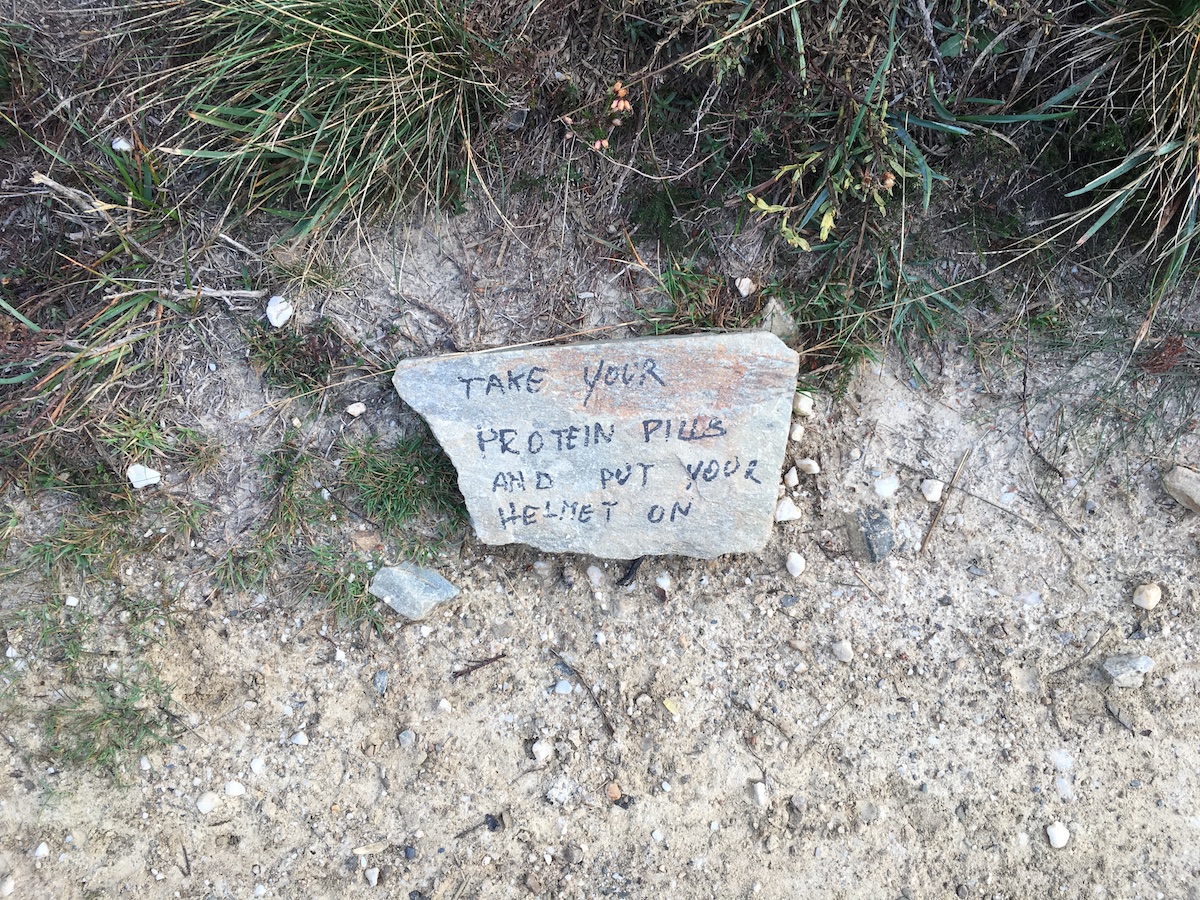 I arrived at the iron cross at the same time as the group of italians: they had spent the night in the town right after ours, Foncebadón. They were also heading to Ponferrada, meaning that the isolation we felt the past days was probably coming to an end. 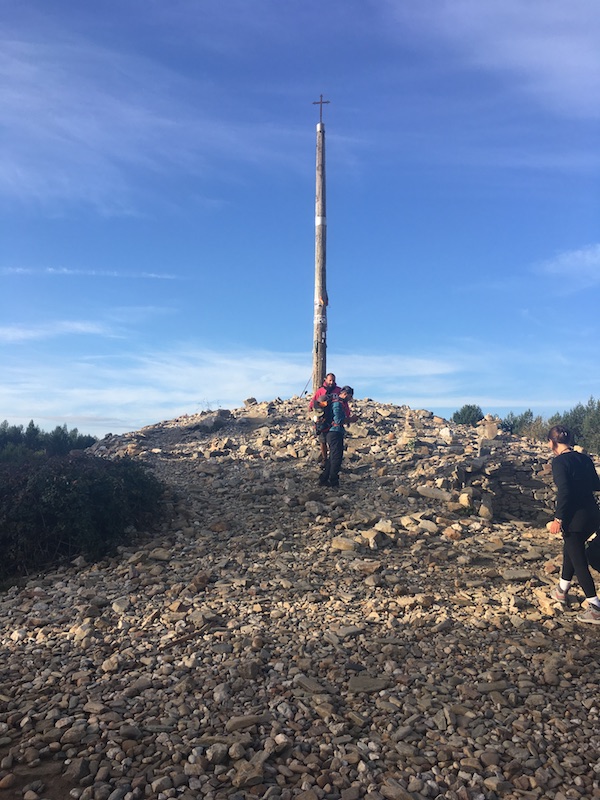 The weather was really wonderful. We were in November, and were I in Strasbourg or Paris, it would be cold and fresh. But there, it was warm, sunny, with a grand blue sky. The mountain path was beautiful and enjoyable as well. I was having such a blast that at this moment, I was well intent on keeping walking after reaching Santiago. The whole mountain was less hard than the Pyrenees but otherwise had the same kind of paths. I passed through a small village who had as many brick houses in ruins as it had modern houses, making for a sharp contrast between old and new. 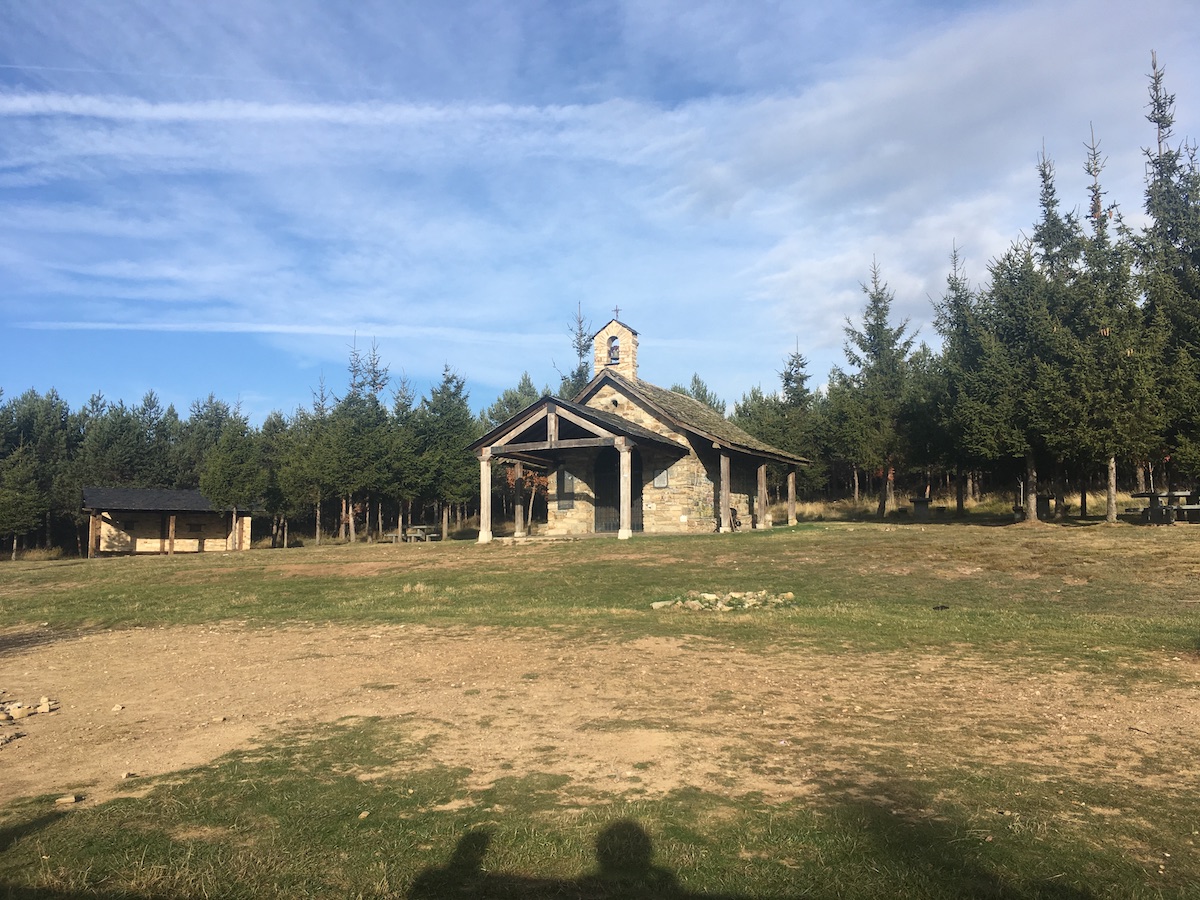 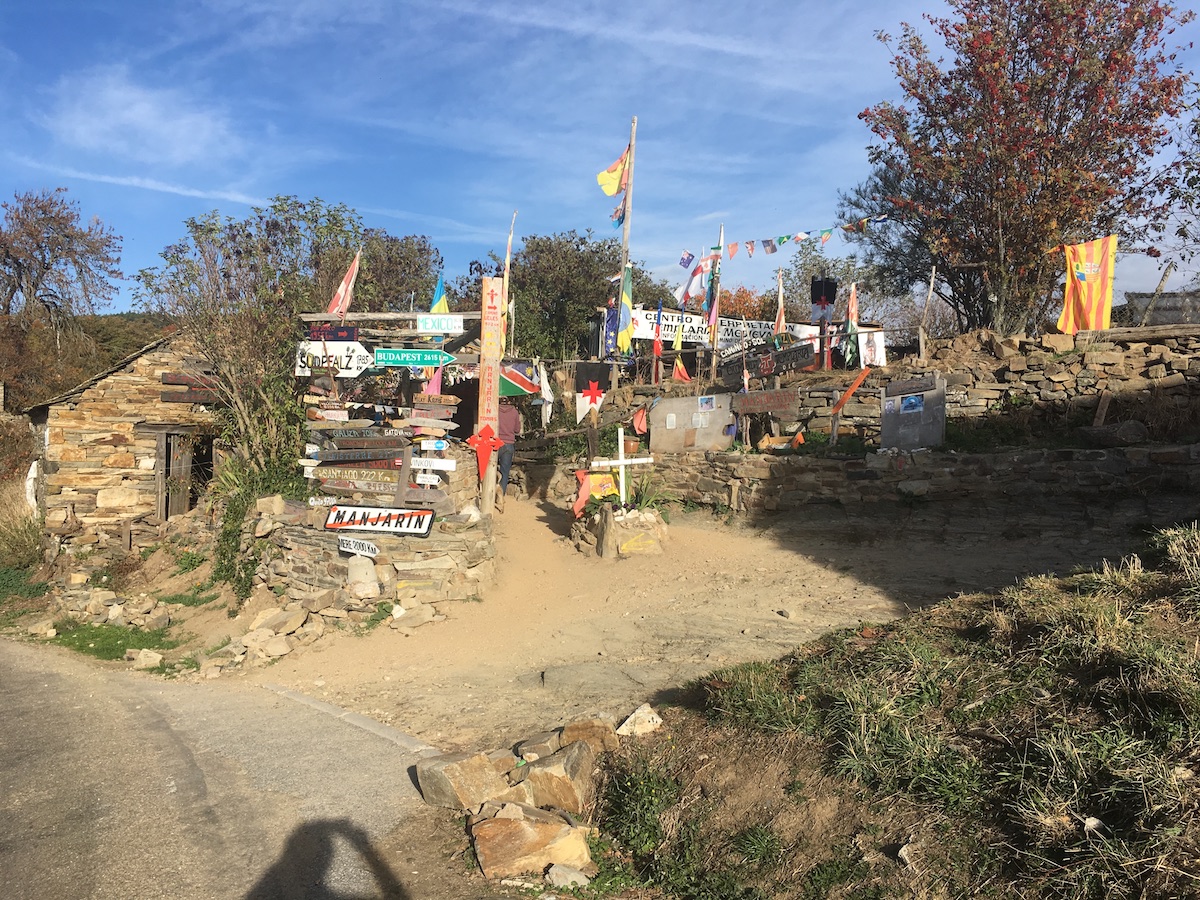 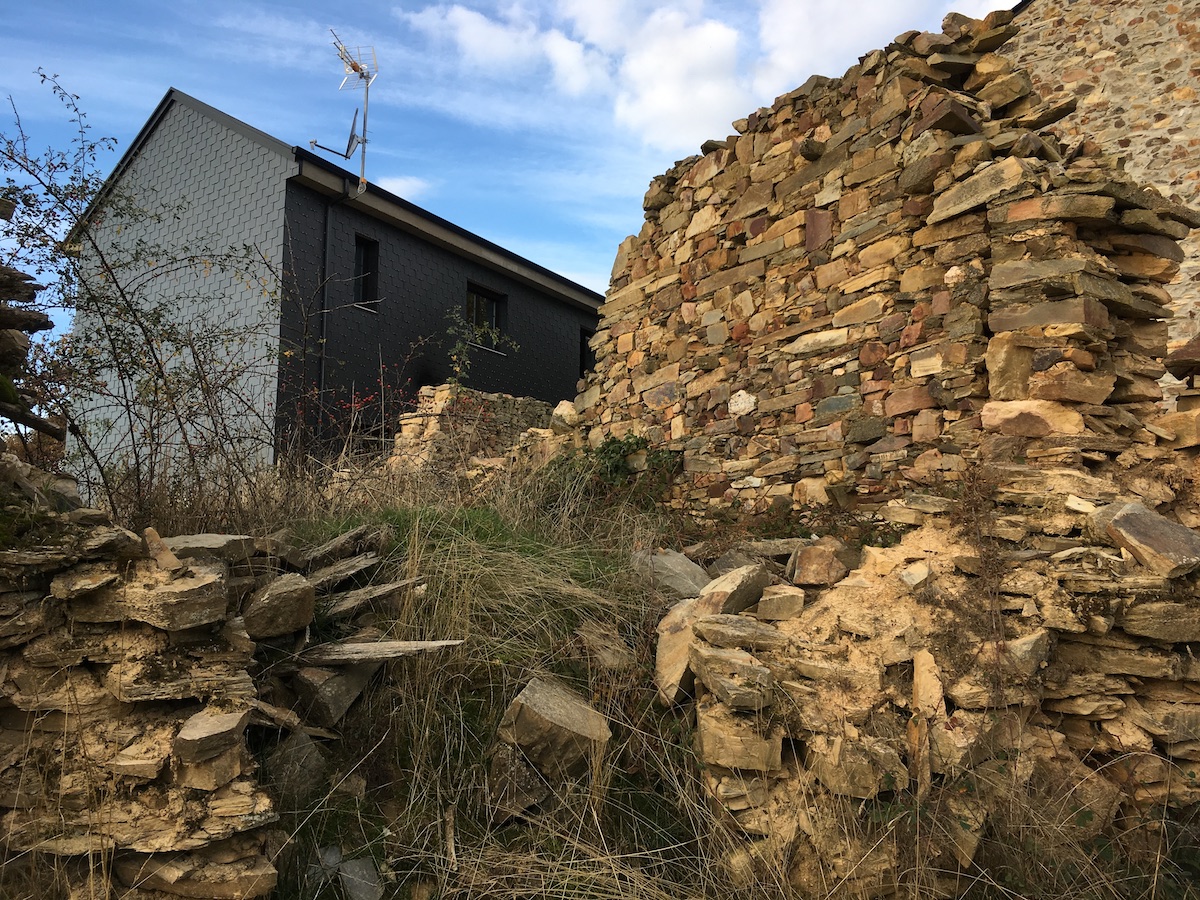 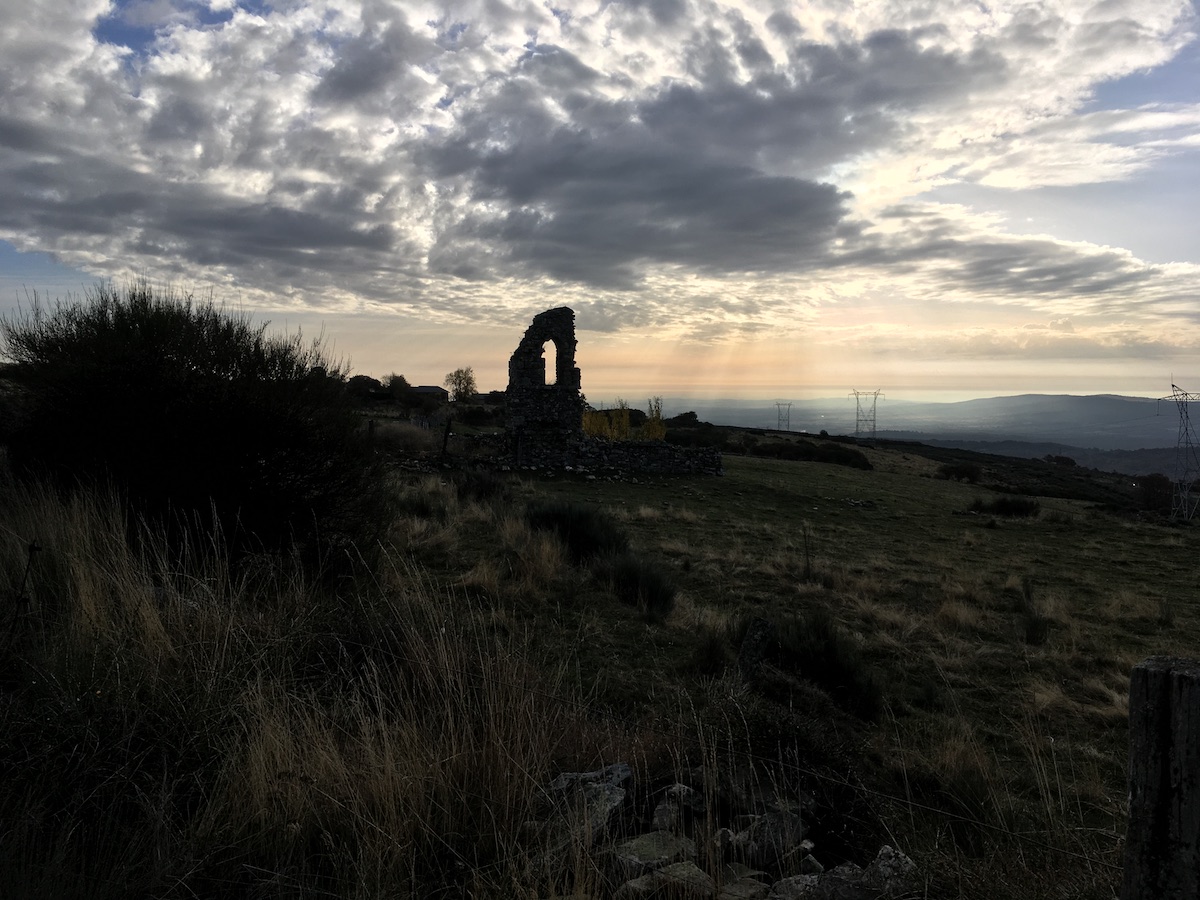 After passing by what was supposed to be an albergue cared for by the last templars, I had a coffee break in El Acebo de San Miguel where I met Gaby, Elena, and guess who… El puto oso again! Some guy had took it at the albergue when we were in Leon and nobody knew where he was. It seemed like there was no stopping him from reaching Santiago. 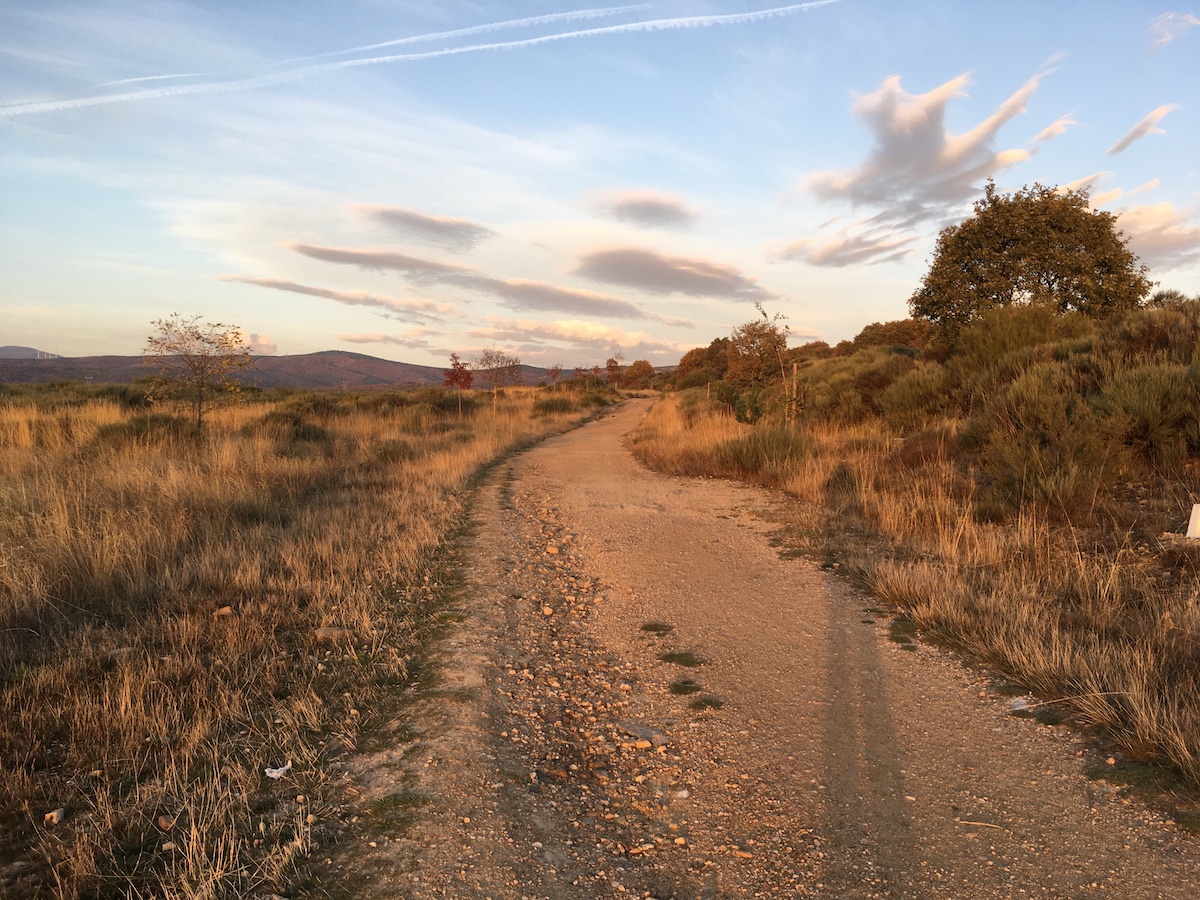 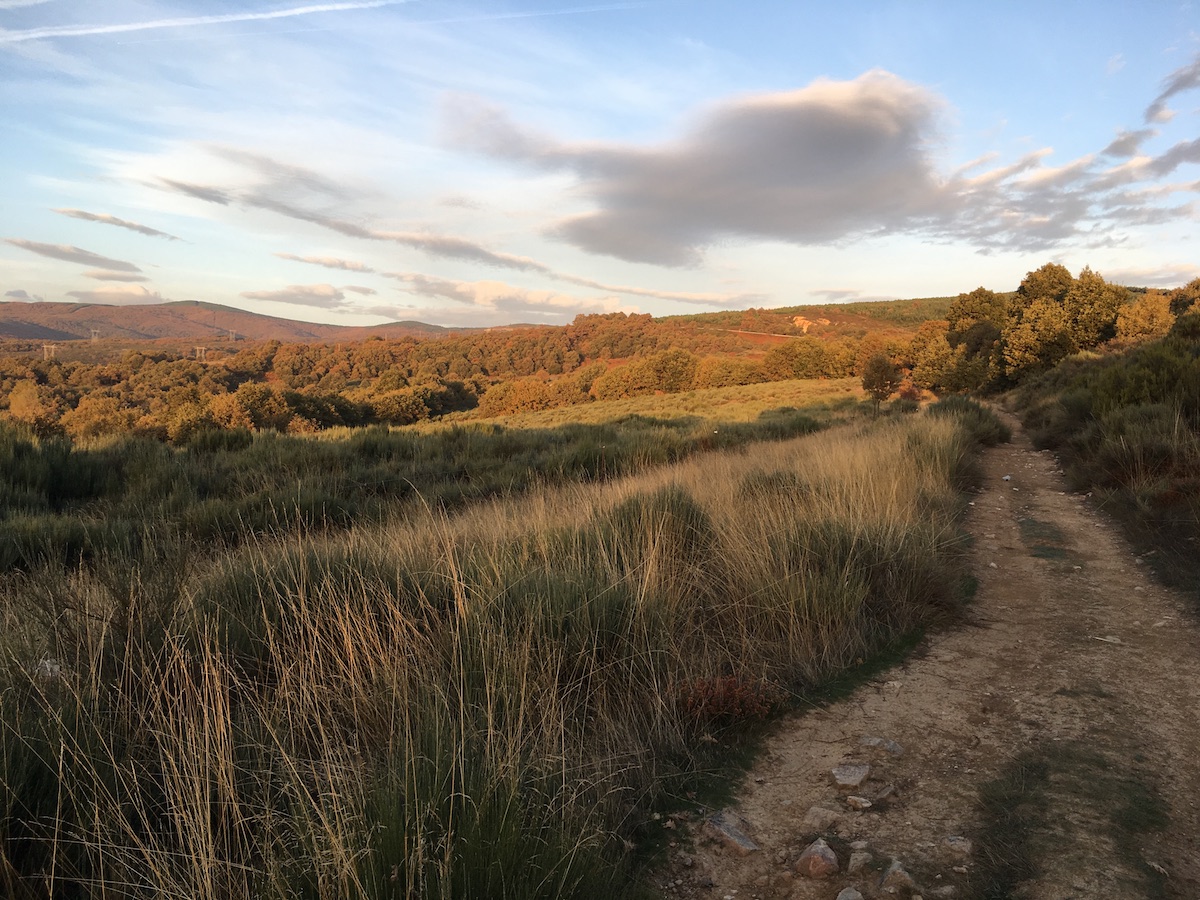 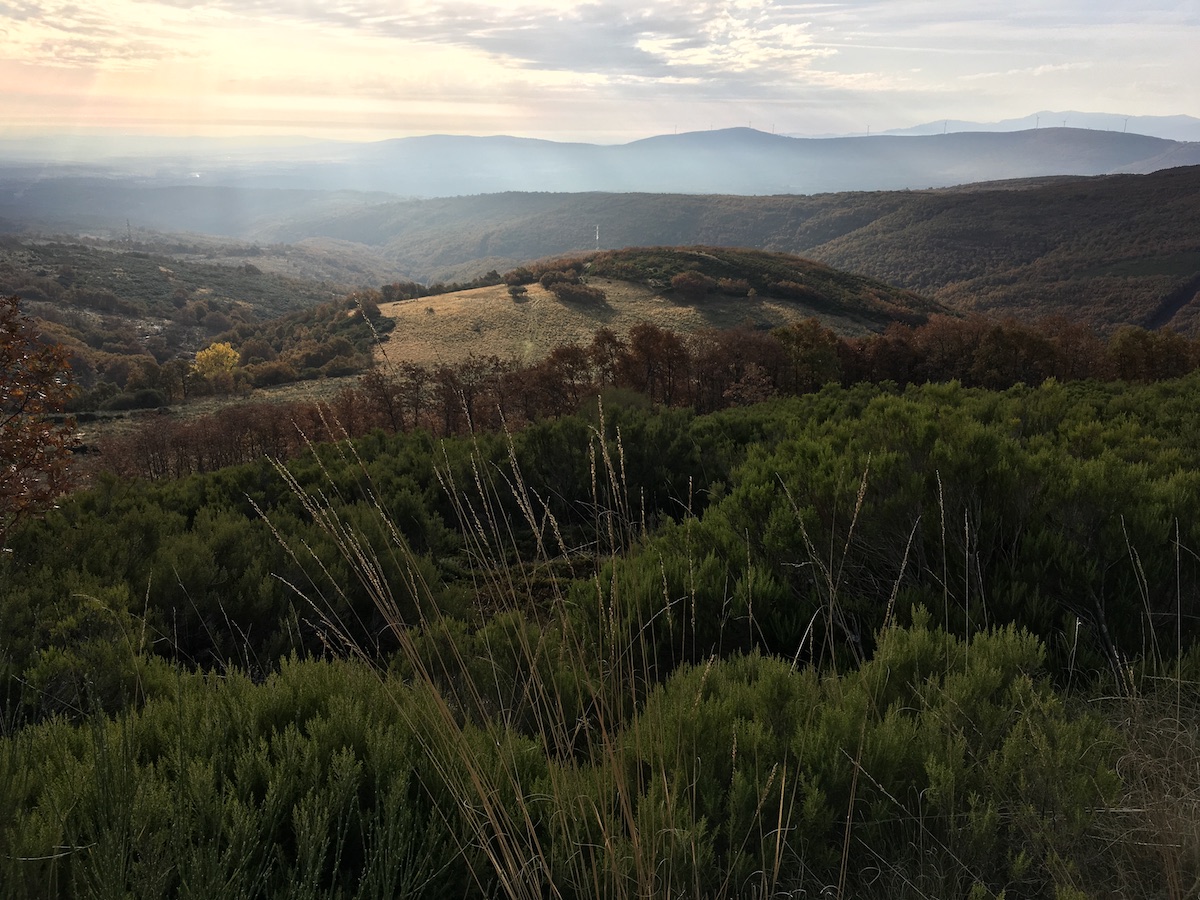 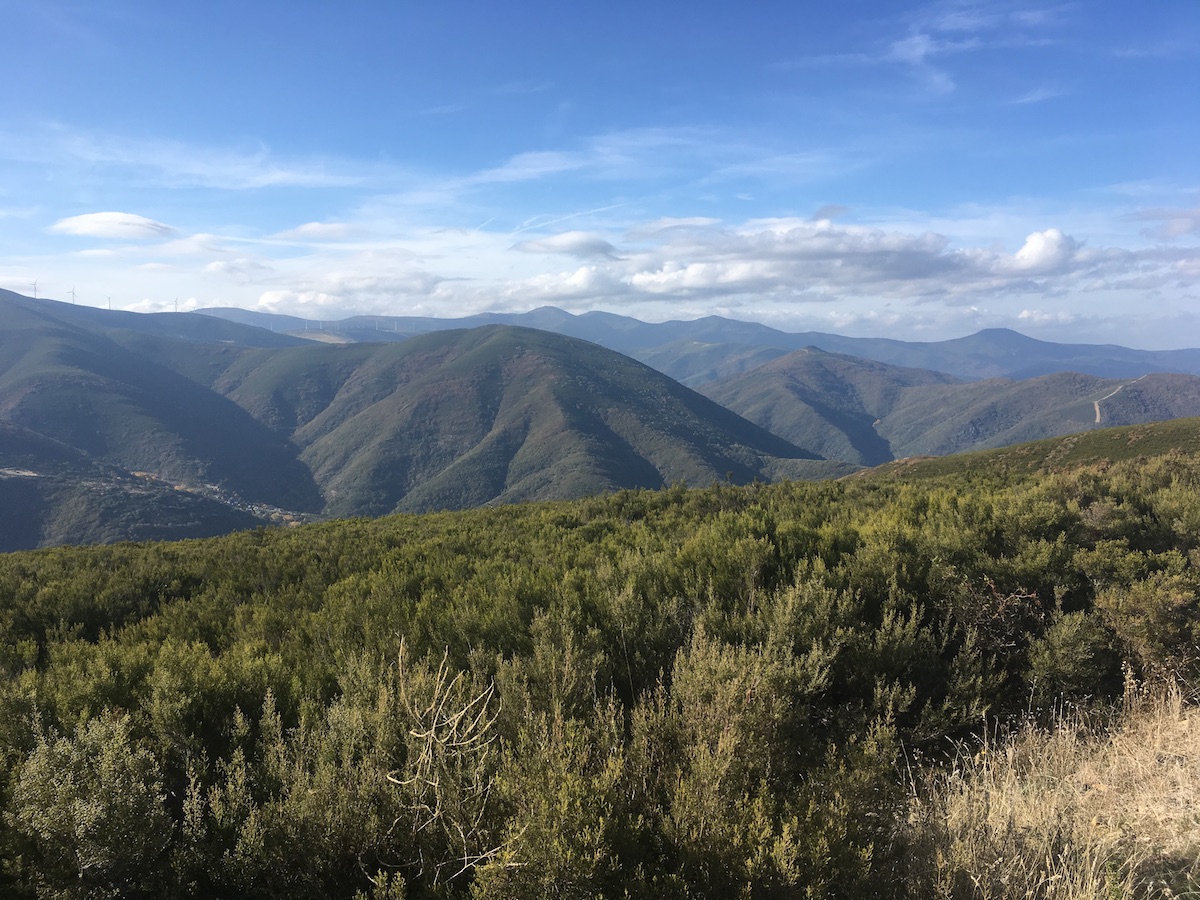 I walked until Molinaseca where I stopped for lunch. For once, instead of eating a bocadillo I allowed myself a menu peregrino. Some people have trouble eating alone at a restaurant but I didn’t care much. Many restaurants offer these pilgrim menus, consisting of two plates, desert and drinks. What I didn’t expect though was that I would have a full bottle of red wine for myself! 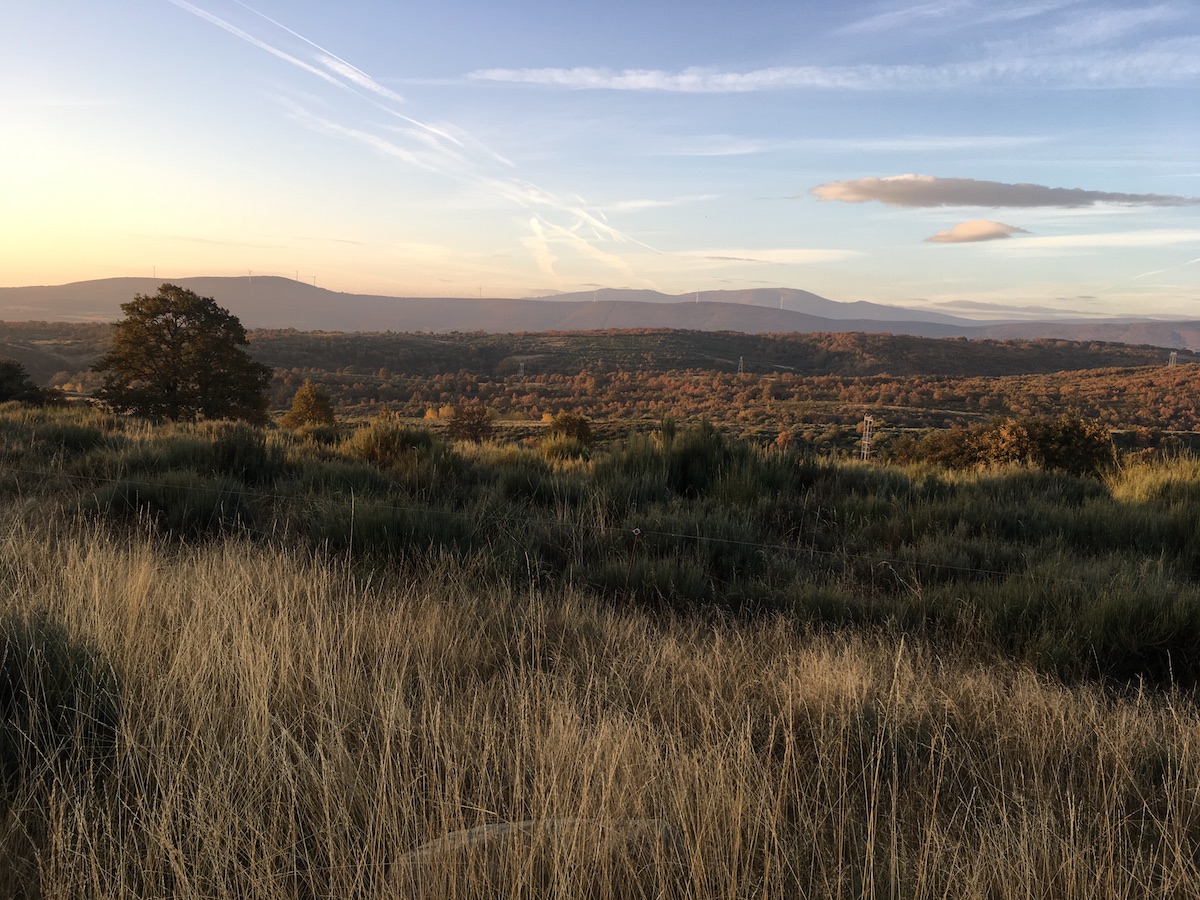 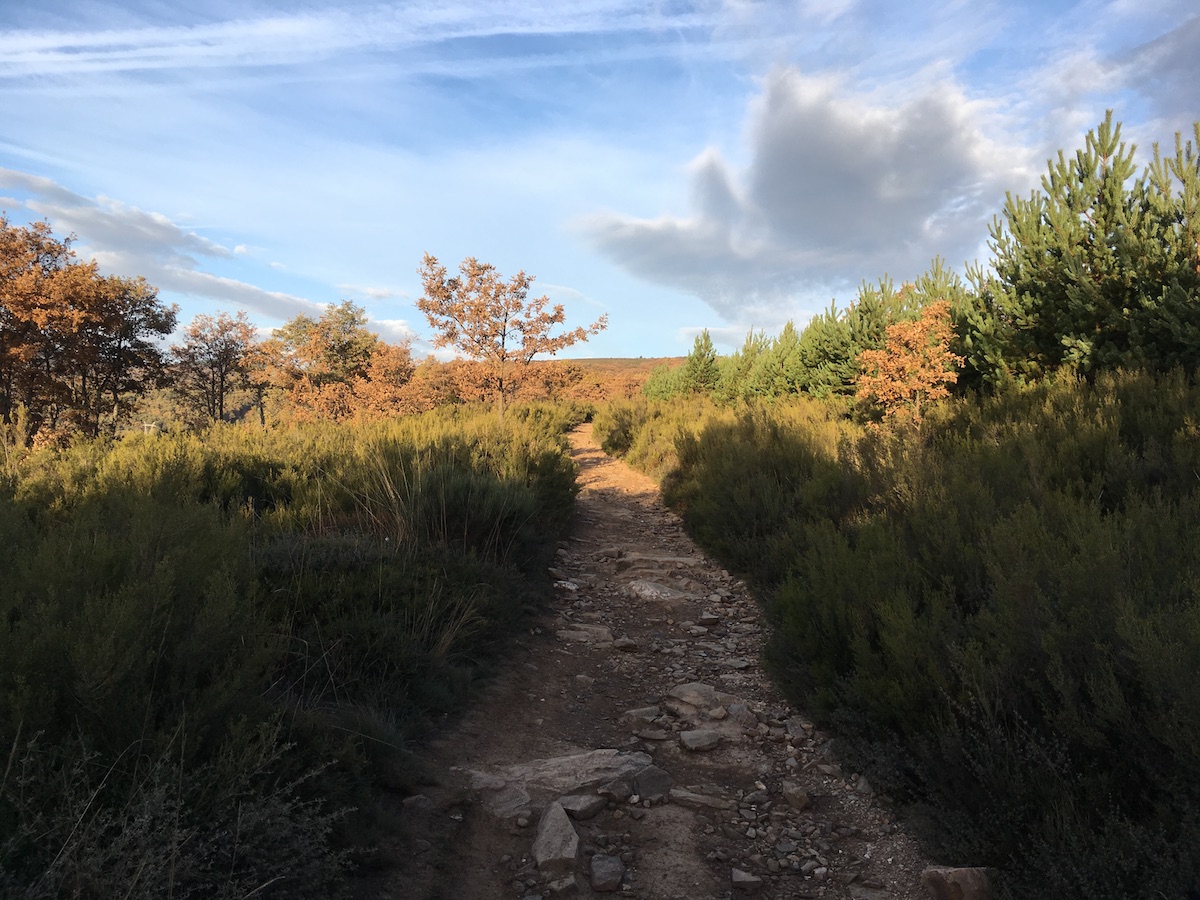 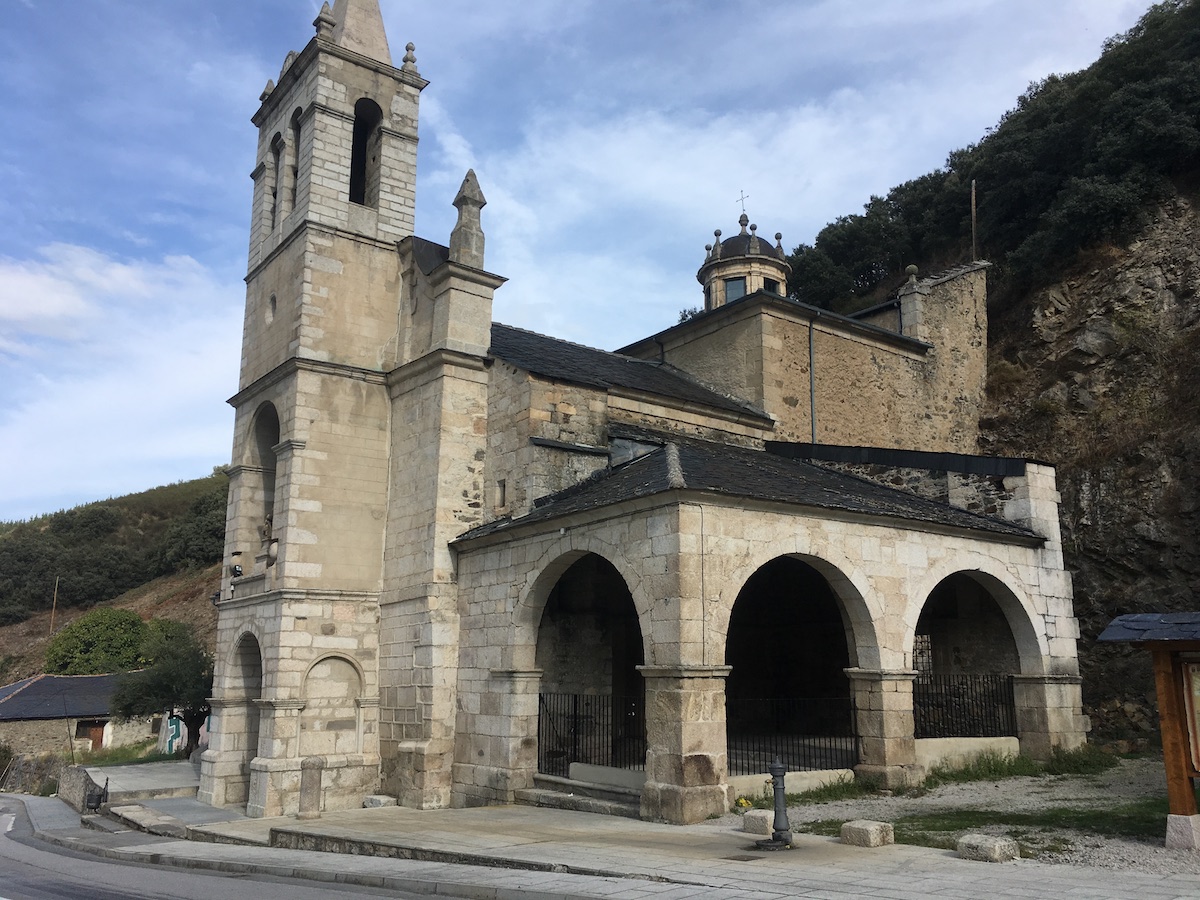 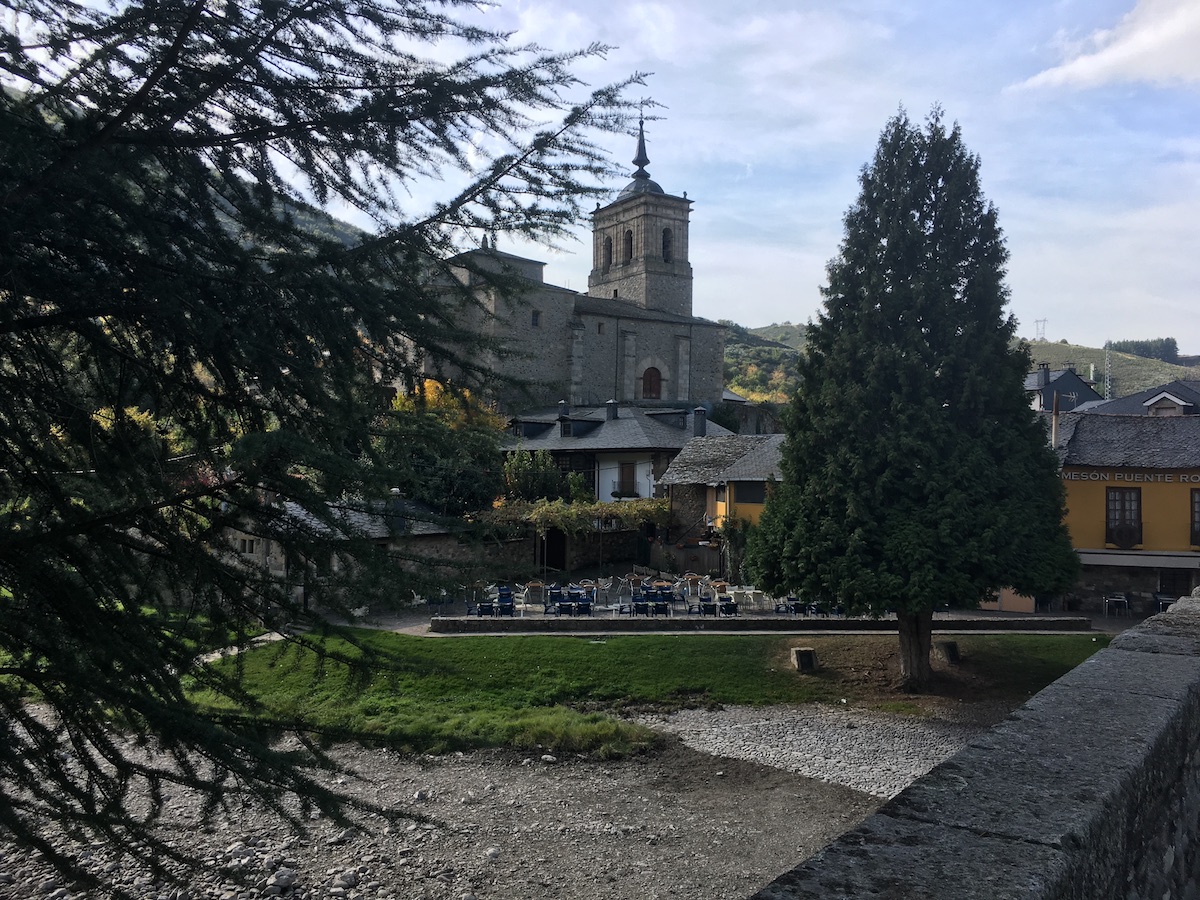 I hoped at least one pilgrim or friendly face would pass me by, so that I could share my wine with they, but no, I was on my own…. Half an hour later, my plates were empty, the bottle was empty, and I was everything but. The road to Ponferrada was not hard, but in my state it was quite a challenge. I had considered doing a “drunk day” but seeing how this little distance went, I’m glad I didn’t try. On the other hand, I can’t say that I remember much of it, so all things considered… 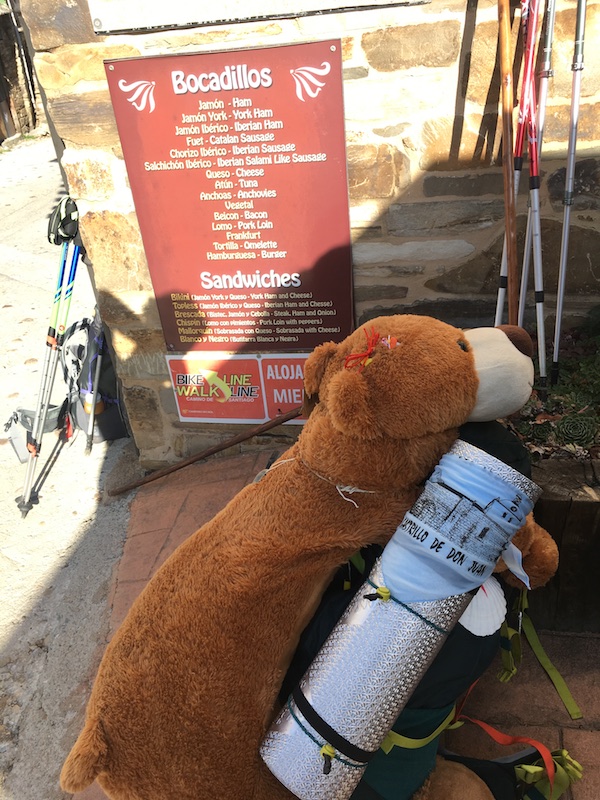 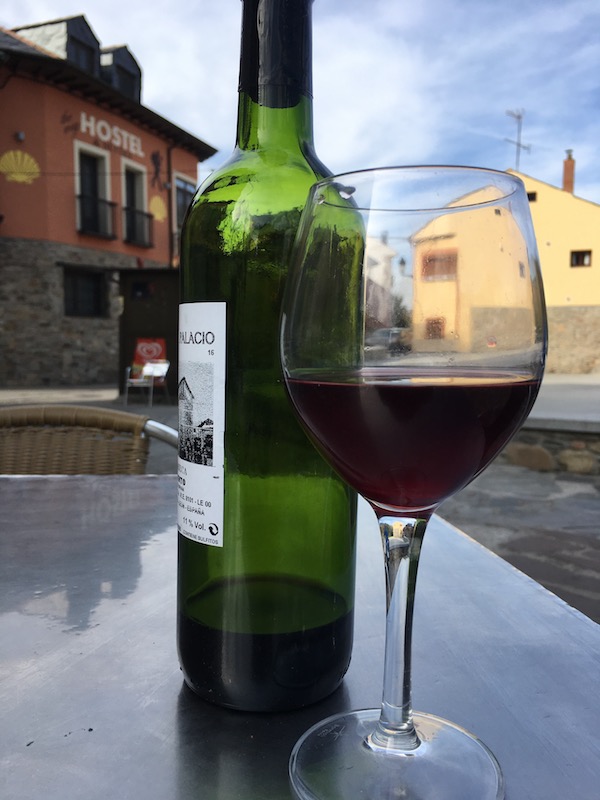 I reached the city with Elena, another pilgrim from the US. She was one of the youngest pilgrims I had the chance to meet, and had took a year off before settling in her studies to travel, experiment, figure a few things out… I wish I was as clearheaded as 19 as she was. We met Loïc at the albergue and a few others. The place was quite large and full of people, a sharp contrast with the previous days, as I had expected. But after a day of walking as good as this, I was quite happy to have people to share my good mood and wine with. 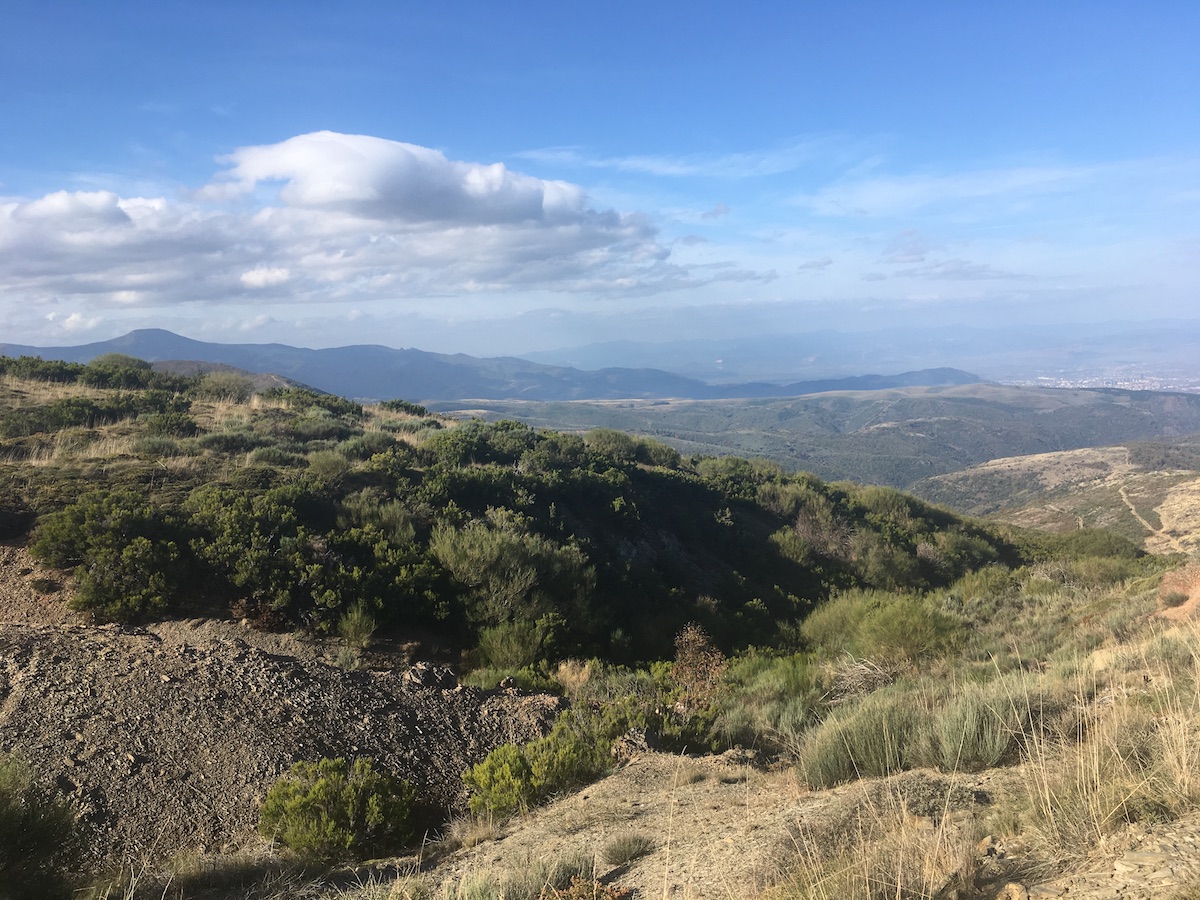 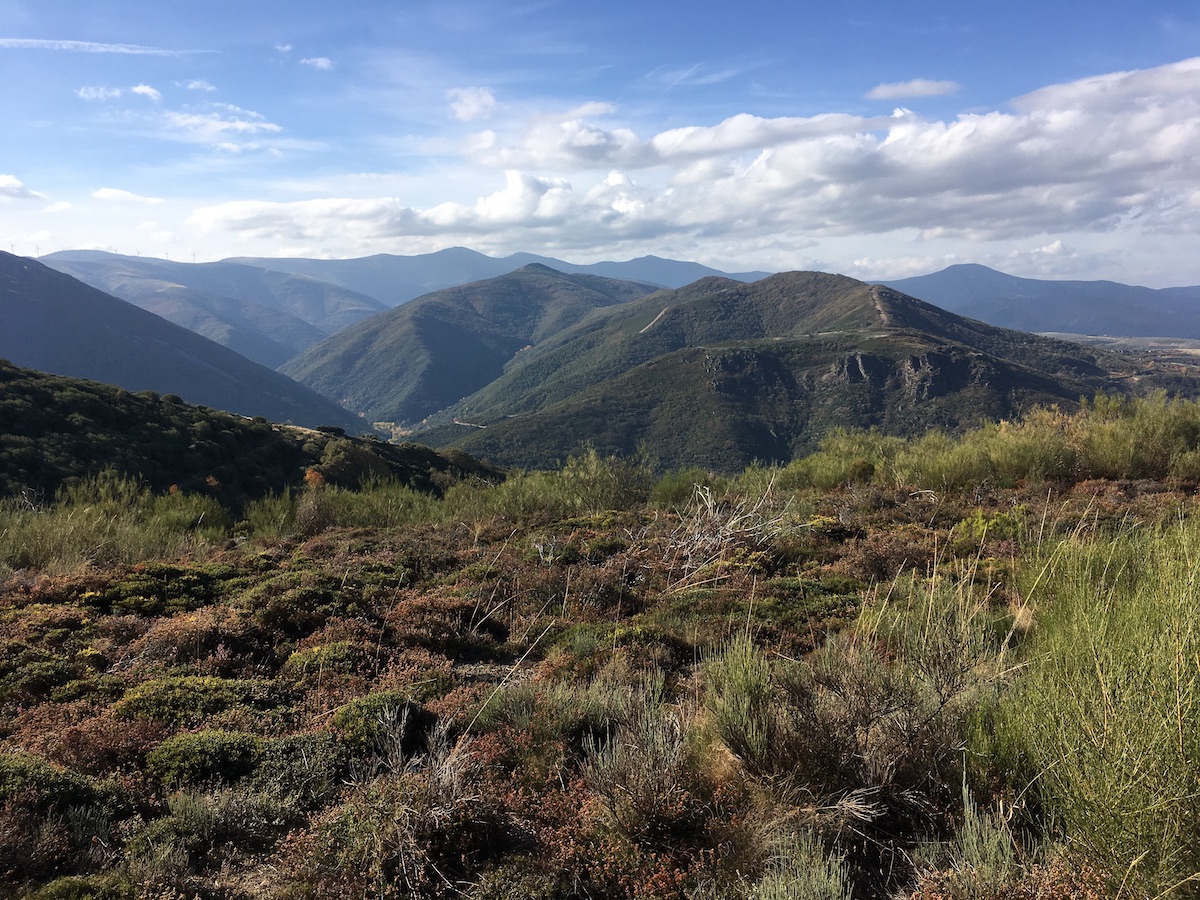