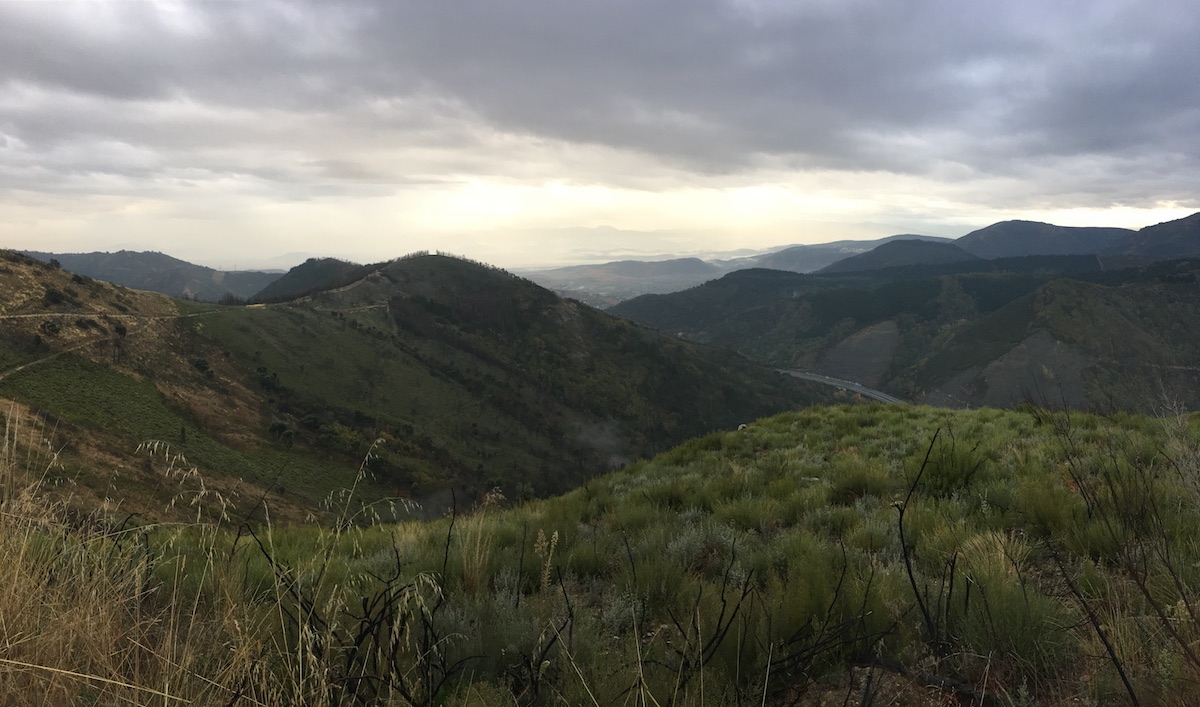 That morning, I left earlier than everybody because I was craving coffee. I was not the only one, but I was tired of waiting and I hoped they would join me at some point, but either they didn’t, either they went some place else. In any case, that day promised to be physical again: I had a mountain to climb and I intended to be on top (around 1200m) by the end of the day. 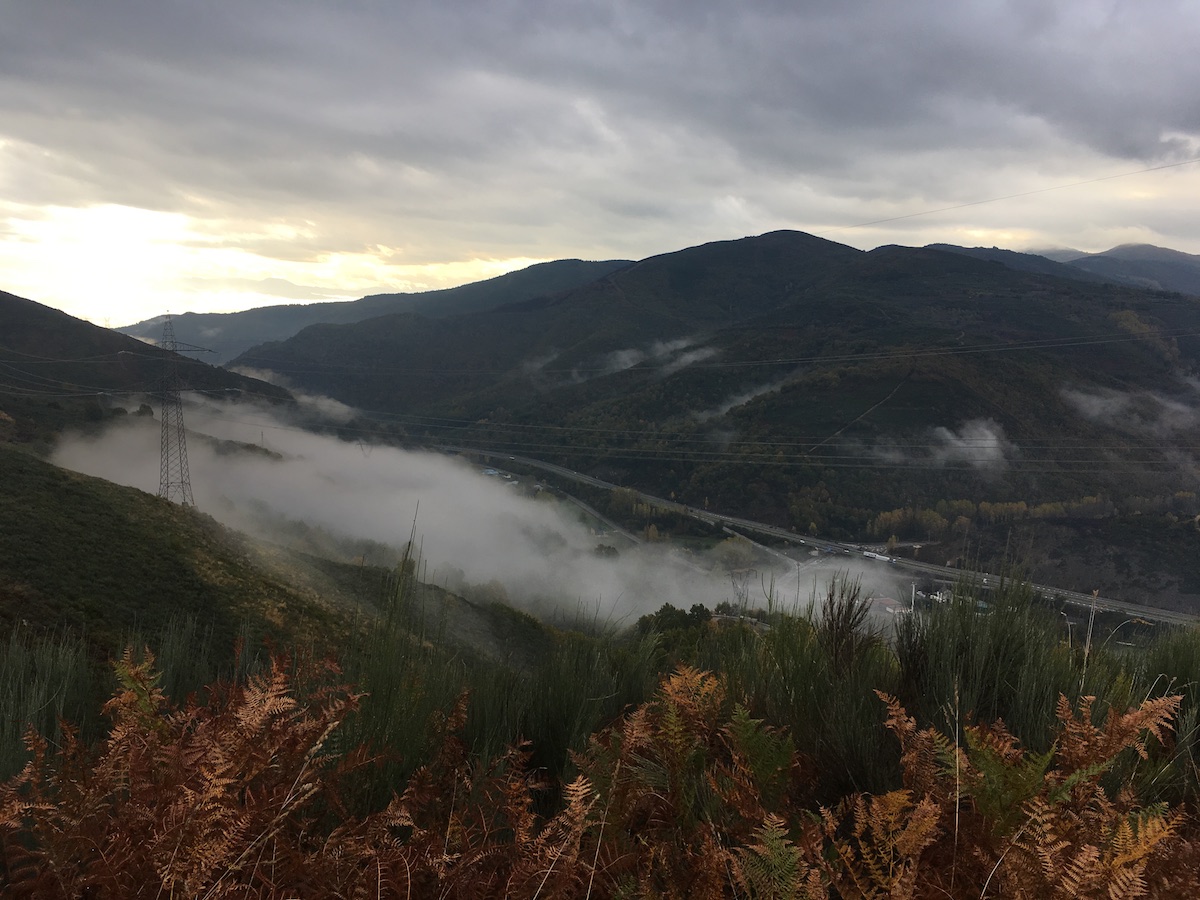 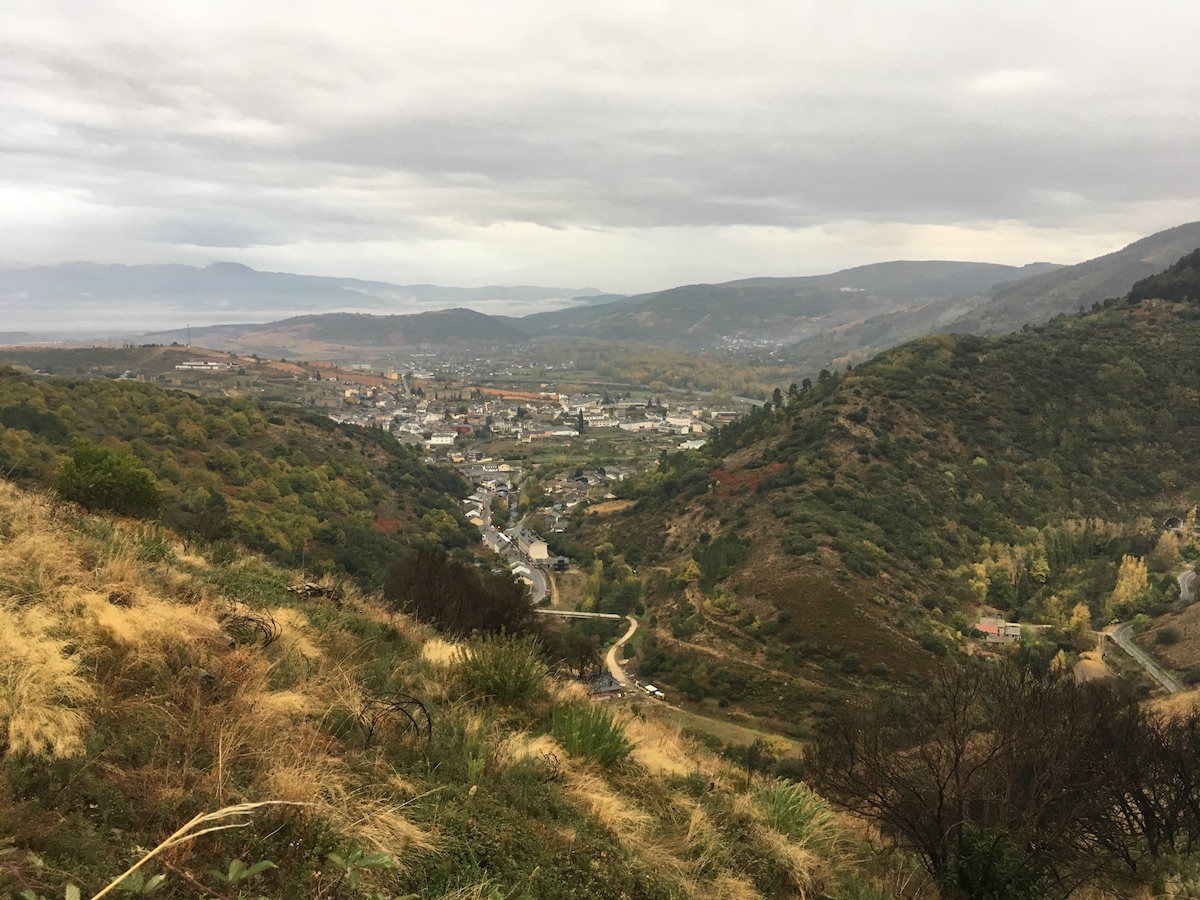 It looked like I was the only one up there: I knew Loïc would be taking the road due to his injury, but had no idea which path Gaby, Jem and Elena ended up on. Once I was high in the mountain I had a good view on the road and could see human shapes walking along the road. From where I stood it didn’t feel like a fun path, but then again I was having a blast in my mountain, in spite of the light rain and grey weather. I stopped at an albergue in the mountain for a coffee and the hostess was the loveliest person ever. 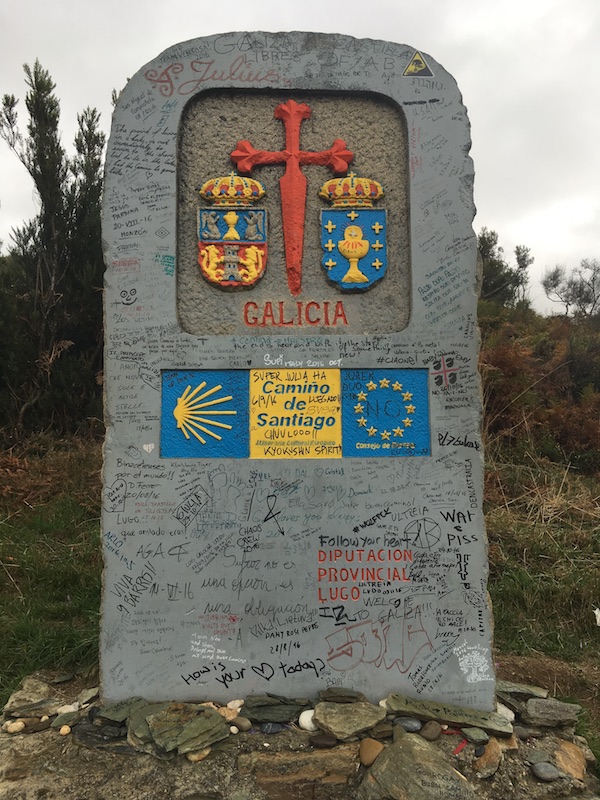 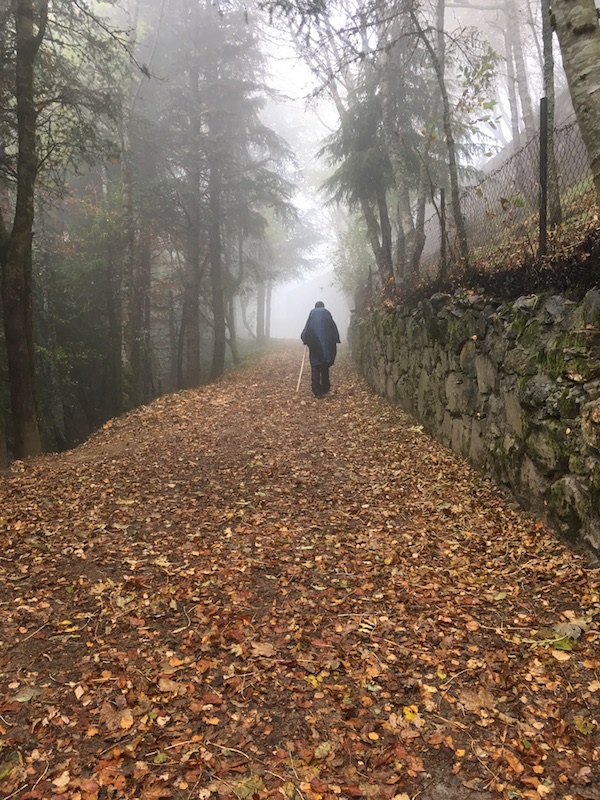 But good things always come to a end, and once I was down from the mountain I had to follow the road again. I walked with Jem, then Loïc and Mike, then Nora, until it was time to climb the mountain. It was hard here and there but over quicker than I thought. The entrance of O Cebreiro was special: there was a cloud atop the mountain and the whole area was very foggy. I remember that I couldn’t see more than ten meters away. Combined to the lack of sound except the fallings leaves, it gave the place a surreal and almost mystical aura, as if I was walking into a place where no one is supposed to go. 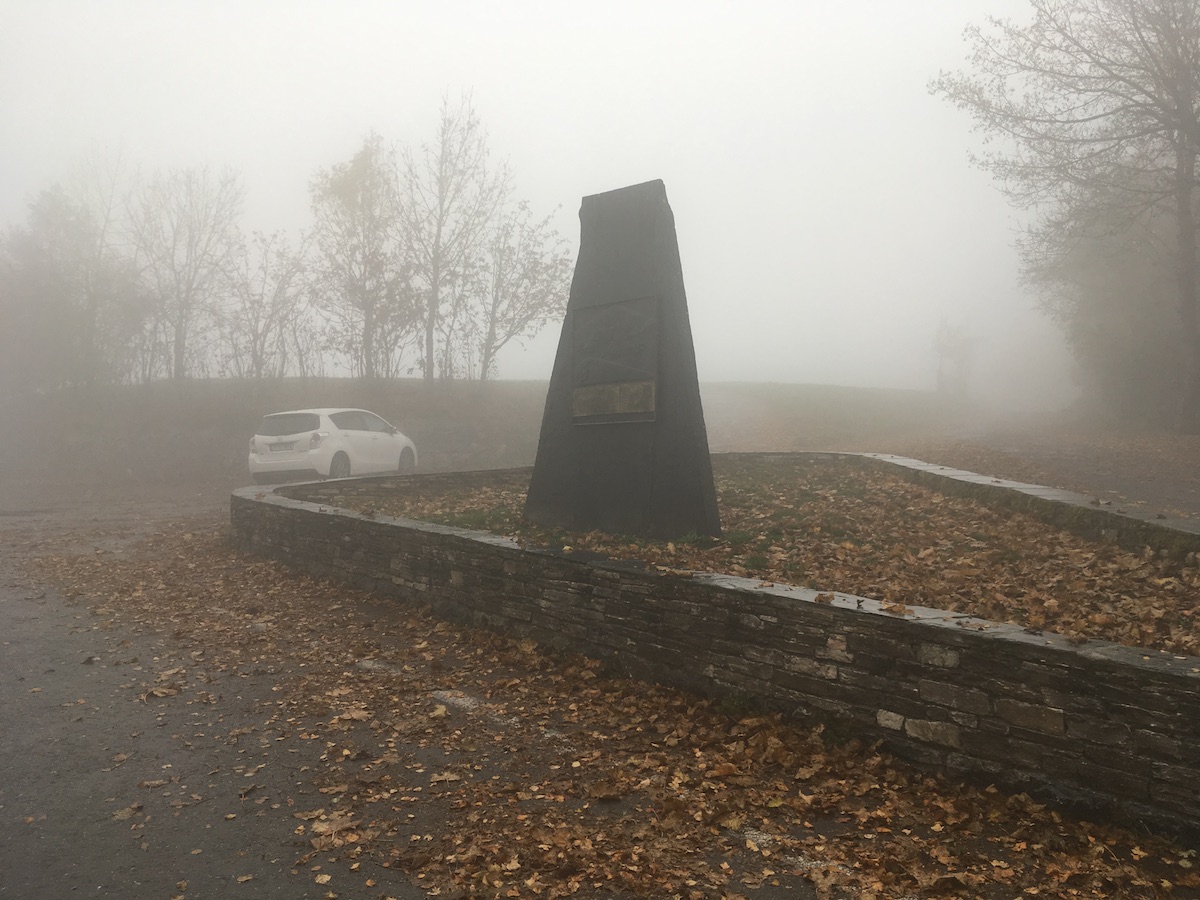 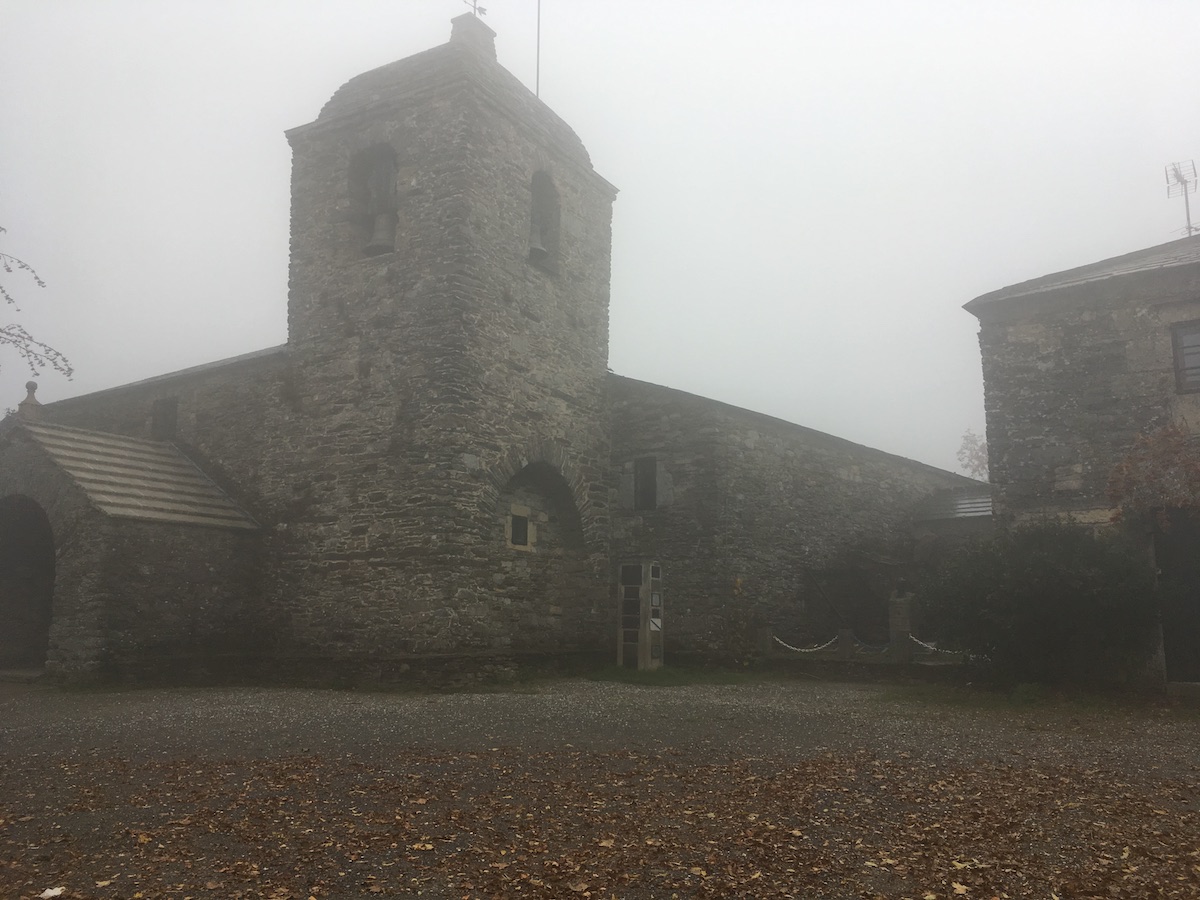 But once inside the town itself, it looked more like a ski resort, with most houses being restaurants or albergues. I went inside of of those and took a coffee while I waited for Loïc. I noticed that I had followed my schedule for 5 days in a row: If I kept this pace, Santiago was only 5 days away… But the weather for the coming days looked quite bad, and since I also wanted to see Saula and Krista again before the end, maybe I would be slowing down a little. 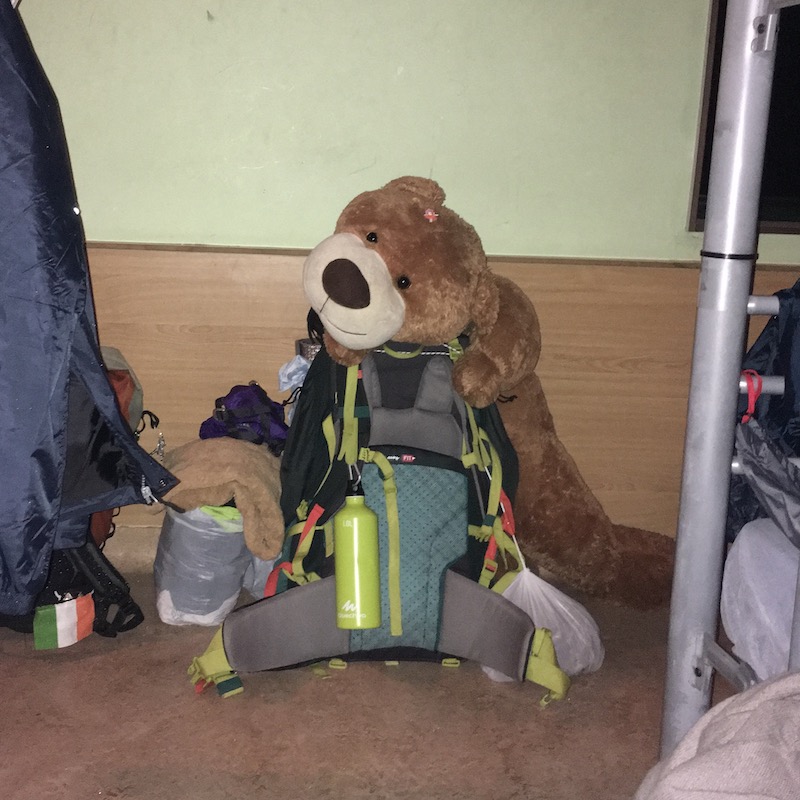