On that morning, I didn’t to check the weather on the phone or look through the window: all I had to do was to open my ears and listen to the sound of rain falling hard against the windows and the noise of the trees struggling against the wind. It was shitty. Everybody took their time that morning and stuck around as long as they could. The cafe was so crowded that Loïc and Gaby gave up and started walking right away, but I was in no such hurry.

And once I started walking, It was so cold that I stopped at every cafe/albergue on my way. I was far from the only one who had adopted that strategy, since I was seeing the same people at every turn! I had one of the best sandwiches of my whole life at the albergue poio; I definitely recommand going there if you have the chance. Although it was barely noon, I considered stopping there for the day. But after a break of half an hour I was feeling restless again, so I moved on. 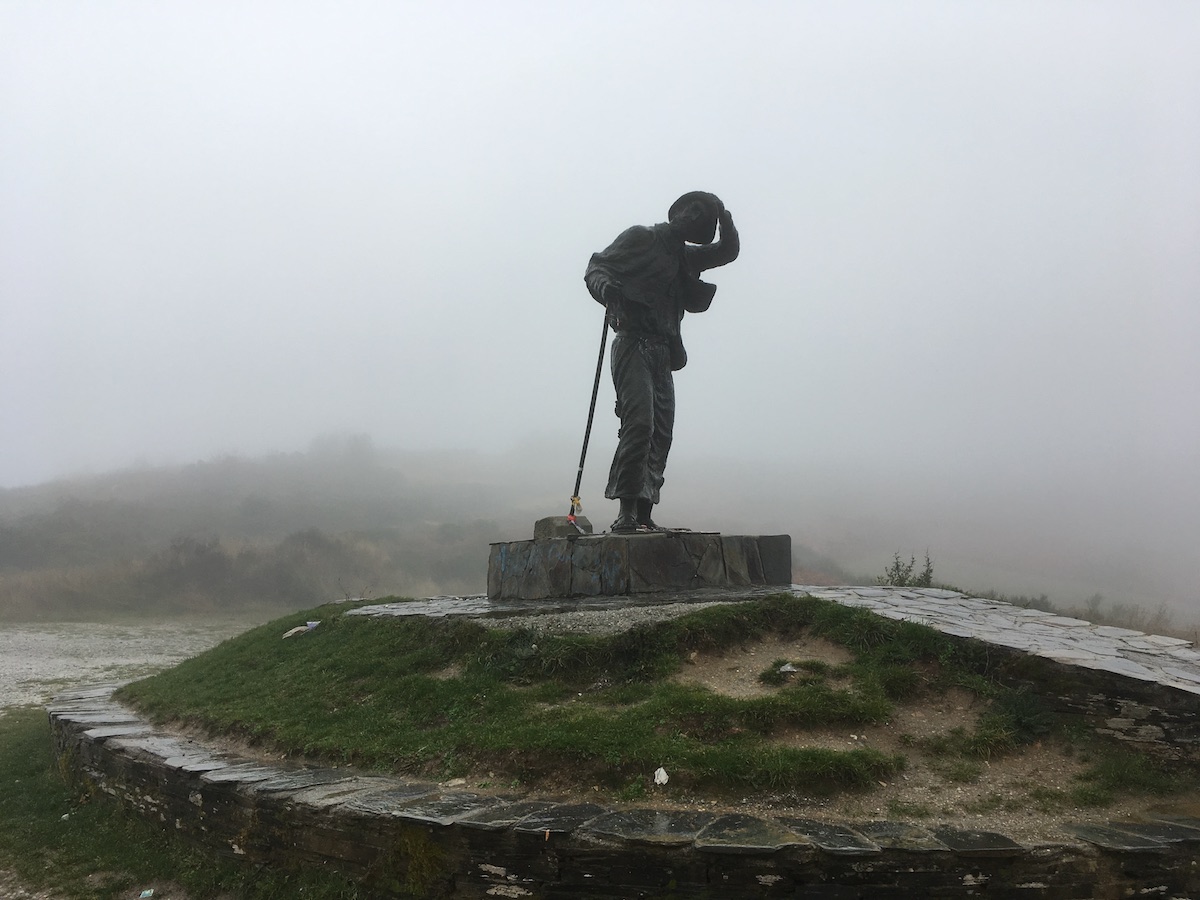 Yours truly, up against the elements

Loïc had told me that Galicia was to spain what Brittany is to France: a region known for its bad weather. So far, it was proving to be true. It made for a hard walk climbing down the mountain, to the point that I ended up hurting myself. It felt like a stress fracture, though I wouldn’t have sworn upon it.

I took it slow for the rest of the day until I reached Triacastela. I would have stopped earlier but all the albergues on the road were already closed for the season. It was the opposite in Triacastela, the place having three or four open albergues.

I had dinner with Jem, Elena, Lukas and Paul (another one, from Ireland). I knew that I was sleeping above a loud snorer so I indulged in lots of wine, hoping it would help me through the night. We even allowed ourselves a glass of Brandy, fancy pilgrims that we were. 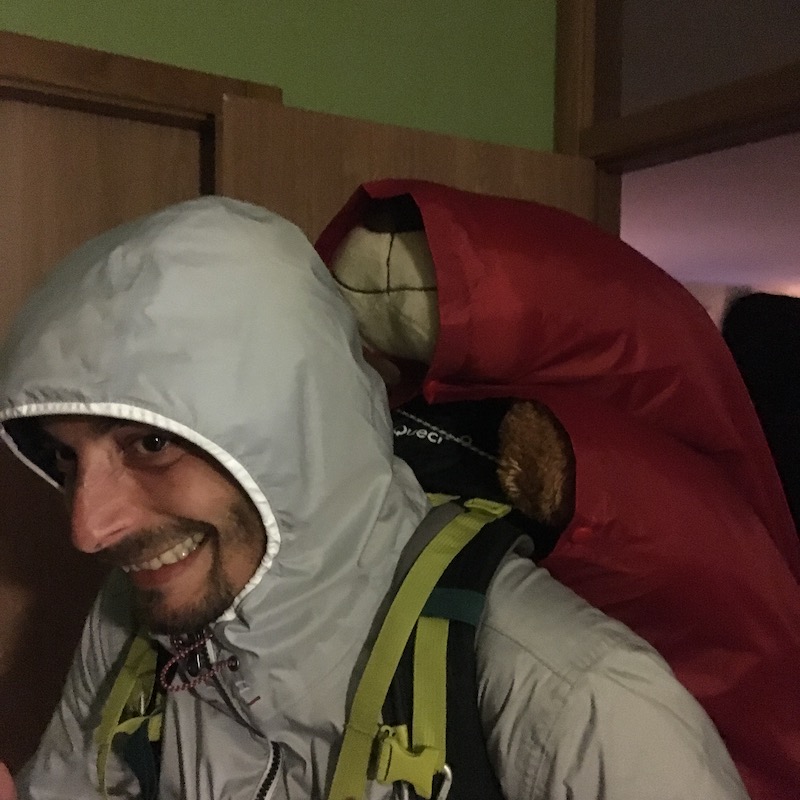 He was better prepared than I was