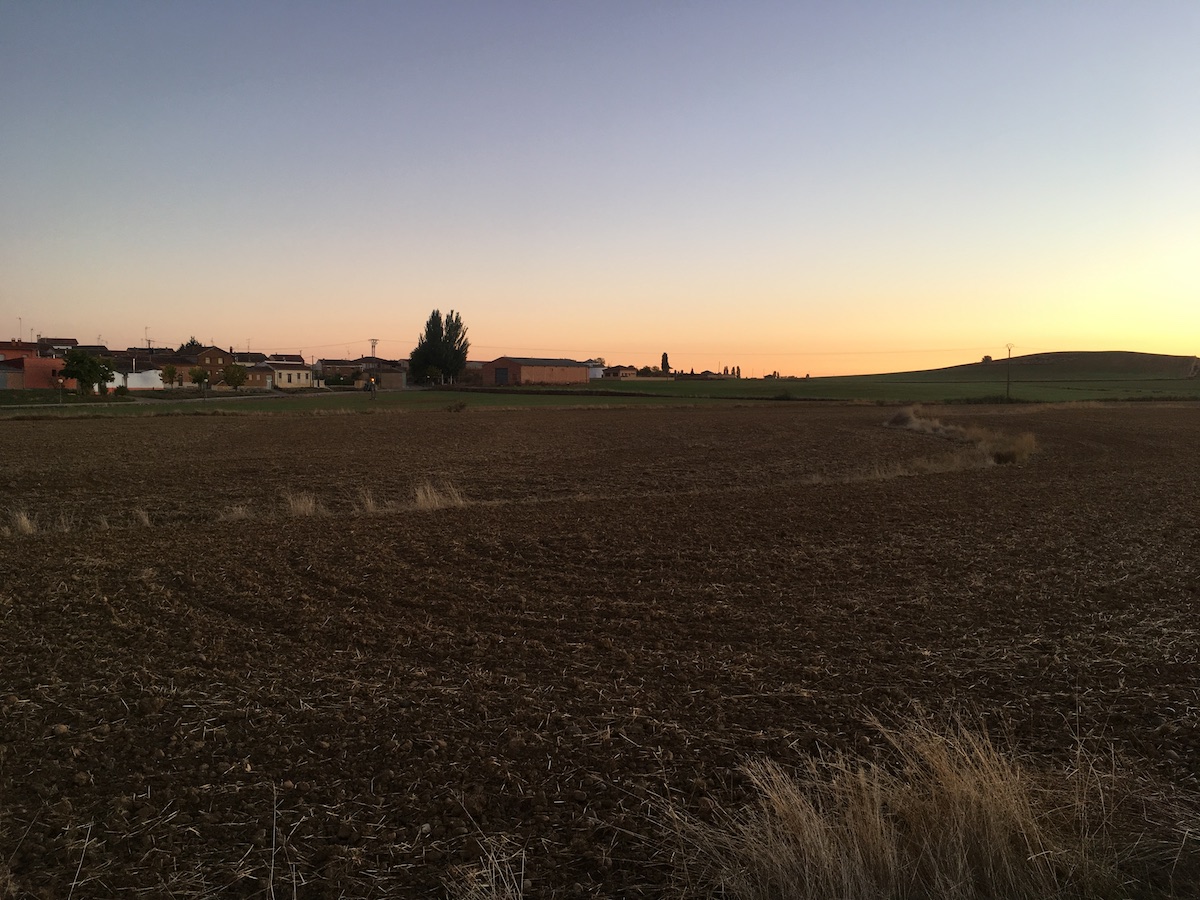 I woke up around 7. After the events of the previous nights I decided it was time for me to move on. As much I was enjoying the company of this group, I felt that if I stretched it, it would only be getting worse. And since I knew that I was falling far behind my other friends, I resolved to catch up, however long it would be.

During the first days of the trip, Loïc and I would tell the other about our current readings. At the time, his was Kerouac’s On the Road, and one specific passage resonated with me at that moment, the one where Neal has a tight schedule for his life, down to the minute: I thought that I taking a cue from him could help me, so I made a schedule of my own.

Sahagún, the town where I though my friends would be, was approximatively 50km away from where I was. Since it was almost 8h, I decided that should have walked 10km by 10h, 20 by 12h.. in order to arrived at 50km around 18h. It made for an average of 5km/hour, a pace I knew I could sustain. If I wanted to take breaks, I’d have to walk faster; the only rule being to keep my schedule. 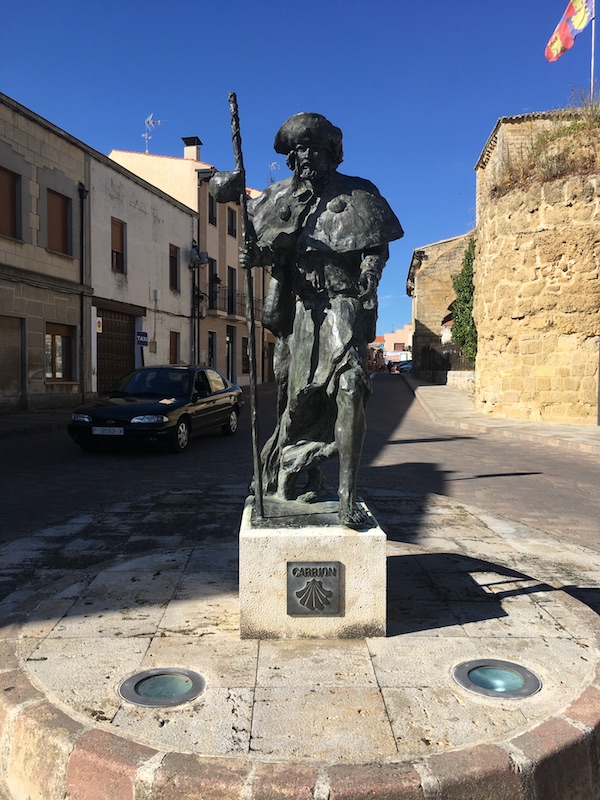 Iron pilgrim, soon on your screens.

And so I started to walk while it was still dark, with a few stars over my head and the sun slowly rising. I arrived in Carrión de los Condes around 9:30, took a quick coffee break and was walking again at 9:45. Around 12:30 I was in Calzadilla de la Cueza, ahead of my schedule. I allowed myself a decent lunch break.

This part of the Camino is known as the meseta: long flat plains going approximatively from Burgos to Astorga. The lack of trees, towns and water points can make it challenging to walk those parts, especially when the weather is hot. It was the end of October so the weather was not too aggressive, but the lack of shade made it difficult for the pilgrims with less affinity with the sun than I had.

After the lunch break, I took shorter breaks but more often. I was starting to feel a little bit of pain here and there, but nothing I could not ignore. Around 17h, I reached Sahagún, one hour earlier than planned! I got to regroup with Loïc, Krista, Saula, part of the group of italians, Manu and Stephan as well, and it was time for beers. It felt really good to have so many people impressed with what I achieved that day: having been overweight most of my adult life, the recognition of a physical achievement really meant something to me.

And soon enough came the catch: everybody intended on moving on to the next city! 5 more kilometers to walk. My body had cooled down and I was cramped… But I felt like taking the challenge and go the extra mile, or miles in that instance. I had to borrow a wooden staff though. We made our way to Calzada del Coto and arrived there around 19h. We got some food at the supermarket after Loïc had fun with a group of kids, and ate our dinner at the albergue where we met Jem again.

At some point, Loïc decided that the next day, he would be running instead of walking, so he borrowed my shoes and booked a taxi for his backpack… Knowing that he never runs, it seemed that he was looking for trouble… But after walking between 50 and 55km that day, who was I to judge. 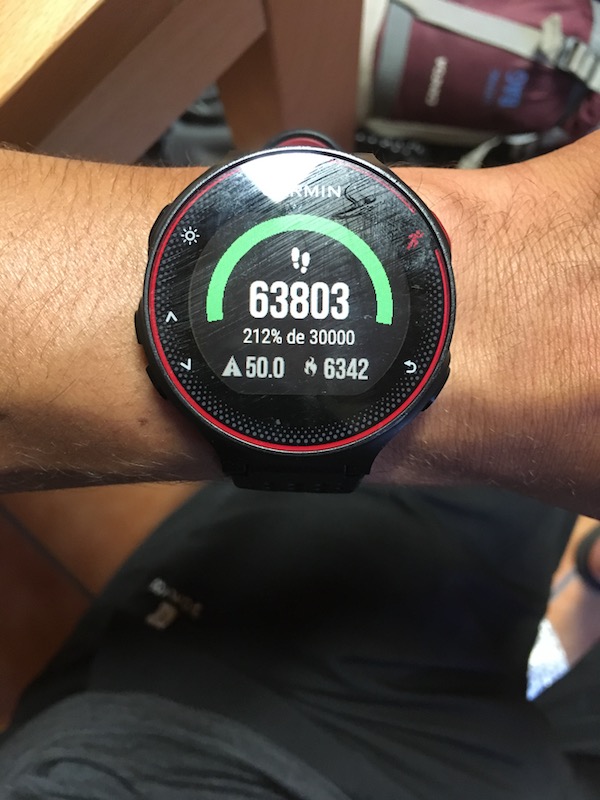