I woke up not as hungover as I thought I would be, but the same could not be said about everybody. Once they were awake, clearer heads prevailed and the tension from the evening before was now gone. I started walking with Corry, Adelina and Stera. At first, she’d come off as being complaining all the time (which she is, most of the time), but if you can get past that, she turns out to be quite a nice and interesting person.

Adelina and I were walking slowlier and fell behind the others. We talked about books we had read, shows we had watched, and the events from the previous night. At some point we ran into Susan and Laurent who teased me about my ability to always end up in the company of pretty girls… 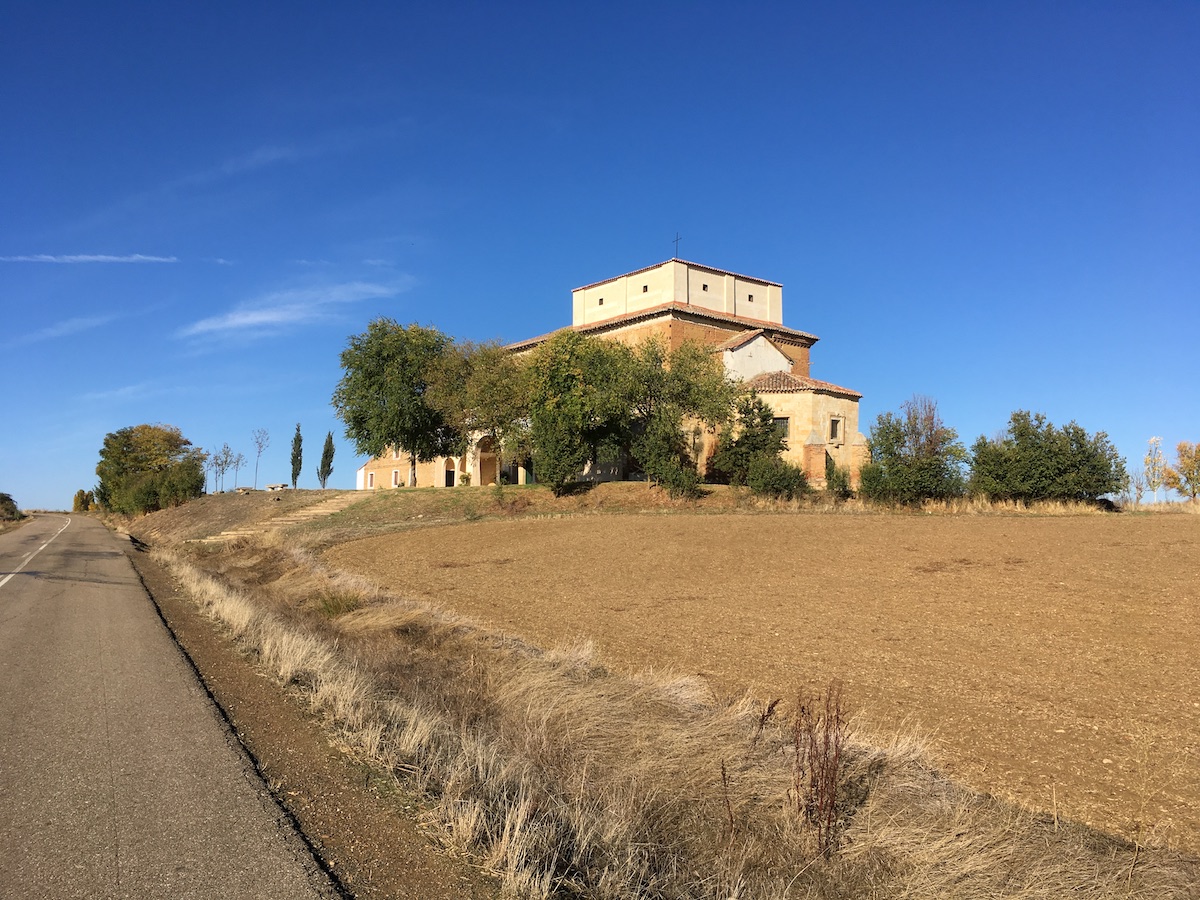 We took a few breaks here and there, and while we were walking next to a river we saw on the distance a place with tipis. We considered going to see what it was, but it was not on our path and we thought it best not to let the others go too far ahead of us. One or two hours later, while walking next to a road, we heard screams coming from the road and then saw a car filled with people waving their arms towards us. It was Stera, Corry, and two other pilgrims!

They had stopped at the tipi place and they had loved it so much they wanted to stop there for the day, even though it was barely the beginning of the afternoon and we hadn’t walked 15kms; they had borrowed the owner’s car and went to look for us. I was unsure about following them because it felt like a step back, but I on the other hand I didn’t want to pass on what could be a very lovely time so I went along. We went in the next city, Carrión de los Condes to run some errands, then went back to the tipis.

The place was lovely indeed, with goats, horses and ducks running freely around. Monica was shortly there to take a break, too. We spent the afternoon drinking beers, learning knife throwing, playing with balls… That albergue was really nice. The owner seemed very carefree: I tried to check-in and pay my due many times but he was nowhere to be seen! 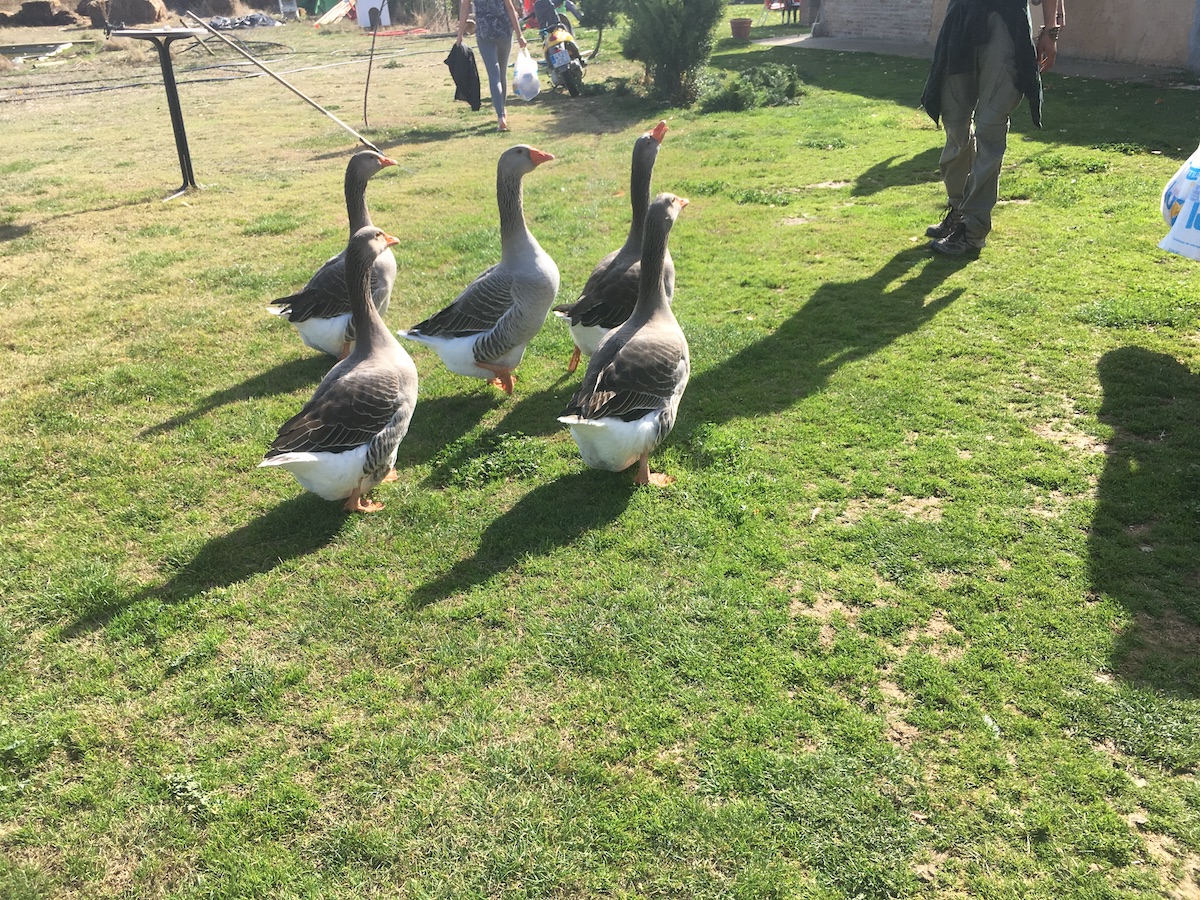 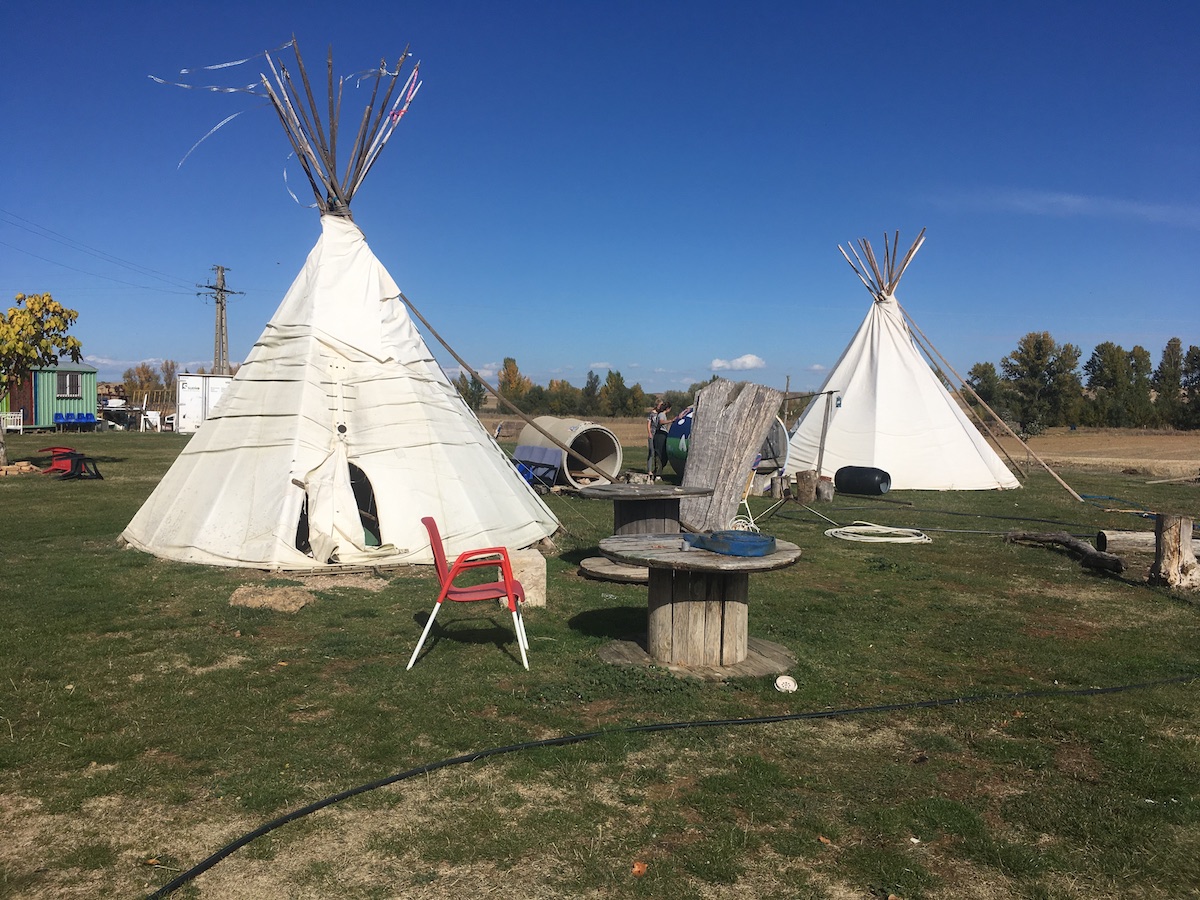 After cooking our dinner, we went and made a fire outside. We shared stories, smokes and drinks, until at some point the drama from the previous night got reignited, though with less intensity. Two dramas in two nights was more than enough for me, so I went to bed.