I woke up around 5h that morning, not really knowing why. I stayed in bed half-conscious until everybody started to wake up then waited for Monica to get ready so we could grab a coffee, as it was starting to become part of the routine. We walked together through hills and among sheeps until the entrance of Burgos, where we took another coffee break. 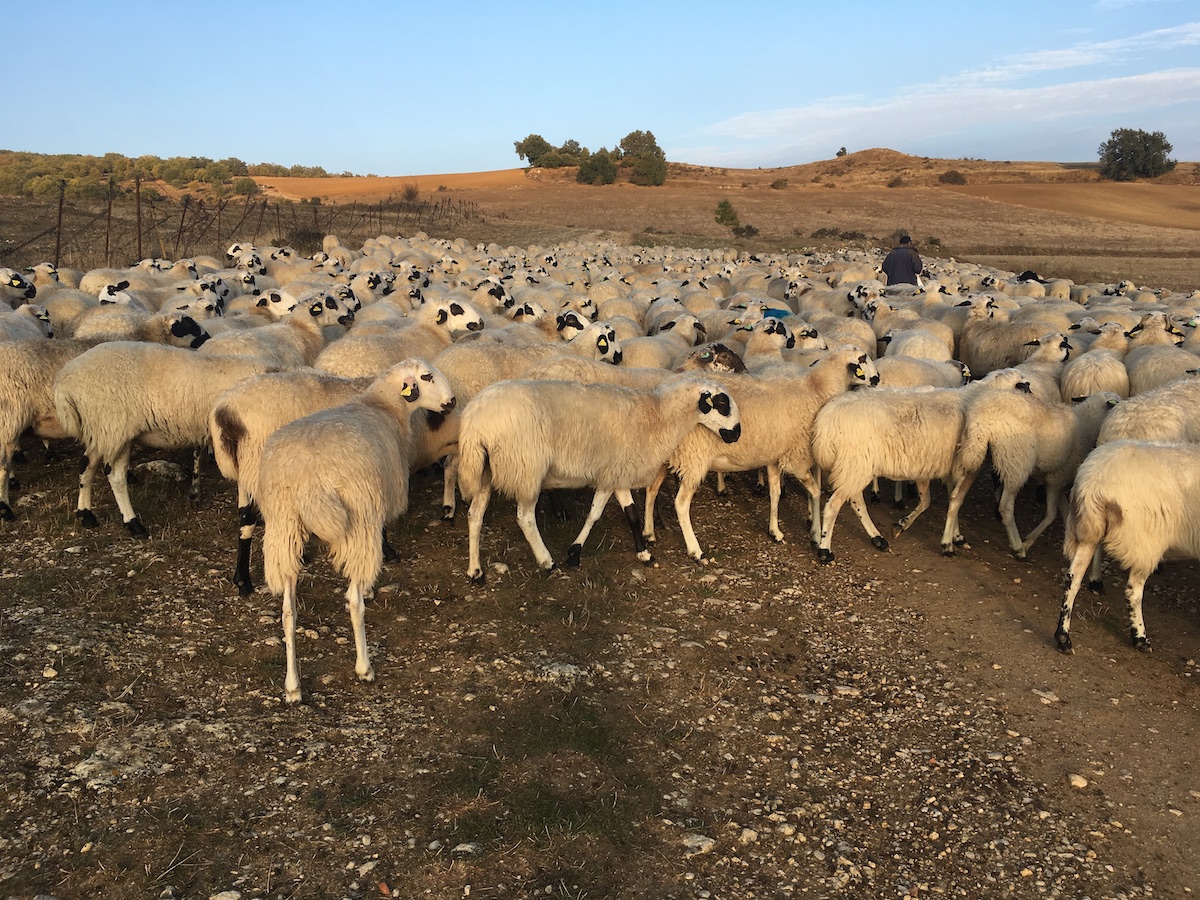 I walked alone after, Monica needing some alone time. I caught up with Krista and Saula, and they were walking with Manu and Stephan, the pilgrims that I had first met in Los Arcos. The lot of them had found a huge plush bear and were now carrying it around: they gave him a name, then another one, then made up at least one (possibly more) backstory, the gist it being that the bear was still drunk and had to be carried from town to town until his alcoholism was cured. Don’t ask me why :) 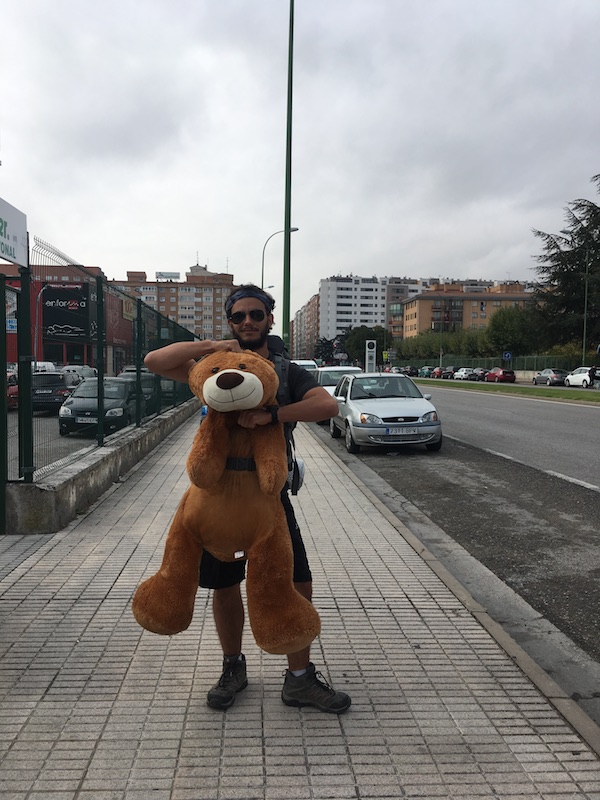 I wasn’t in a good mood that morning: I can’t say if it was the cloudy weather, the suburbs or something else, but there was definitely something affecting me. Monica joined again eventually, and we went for a burger before splitting away to our respective accomodations. I decided to book an airbnb and enjoy some privacy for the first time in many weeks.

I was also hoping that people would be in the mood to stay up late that night but in the end, only Loïc and Christian were game. We drank some beers with a few other pilgrims, until it was time for them to go back to their albergue… And we got there too late. It was barely after 22h but everything was closed! I texted a friend that was inside the albergue but he could not open none of the doors.

We wandered a bit and try to find another open albergue, without success. We came back to the first one and luckily, we found a way to get them back in from the side alley… Had we waited a little bit more, the door to the alley would have been closed as well and either they were out for the night, or I would have had to bring them to my room! I’m glad I didn’t have to impose that upon my host. Once I was sure they were in, it was time for me to walk back to my place and get some rest. 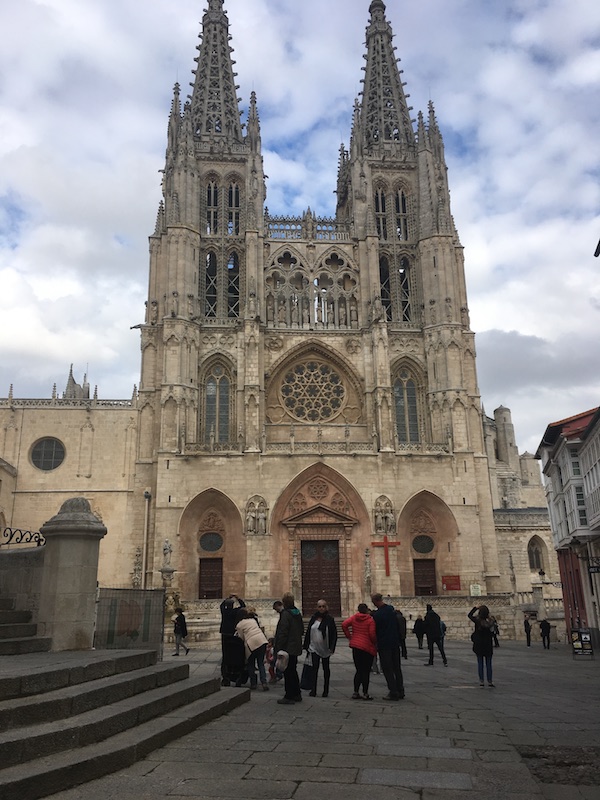