I slept like a well-behaved baby that night. I took my breakfast and waited for Loïc to be ready while everyone was leaving, to no avail: he was sore from his run of the day earlier and could barely walk. I sticked with him a little but it was actually hard to slow down to his pace. I ventured of my own, knowing that he didn’t mind being left on his own. I passed by a few friends and slowed only when I had found Krista, Saula and Jem.

After a coffee break, I kept going with Jone. I had first met her in Burgos where she had joined a friend of hers, Marina. We had briefly talked then, and again the night before. She was from the Basque country and therefore spoke french, basque, spanish and since she was living in Barcelona, catalan as well.

We arrived at the entrance of León around noon and sat in a park, waiting for the others to catch up, but they were tooking too long. After a beer, we went to the main albergue of the town: she checked in and I hesitated, not sure wether I wanted to check in there or find another place. 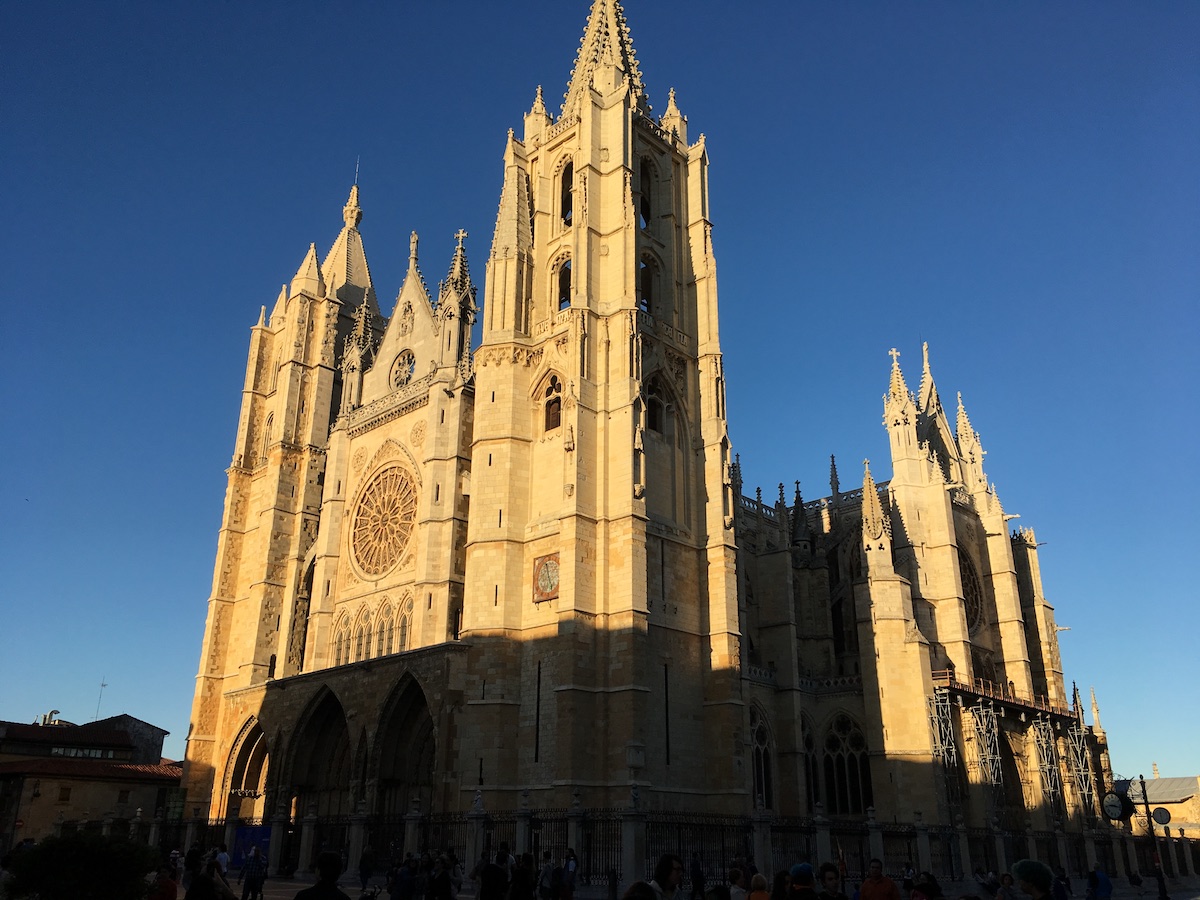 With a few others, we had talked about booking a large airbnb to accomodate many of us and allow us to go out without restrictions, but short of going into a hostel we didn’t find anything suitable. In the end, almost everybody (including myself) checked into the main albergue, save for Monica, Sacha and Paul who went to another one with less restrictions. In hindsight, that’s where I should have gone to; but in way, I did… More on that later.

Once everybody checked in, Jose, Loic, Jone, Christian and I went for a tapas-athon. Quite a simple plan, really: one bar, one beer, one tapas, and fifteen minutes later, same program but at the next bar. León felt more alive than any other town we had stayed in until then, but maybe it was because for once, we had some sun ! 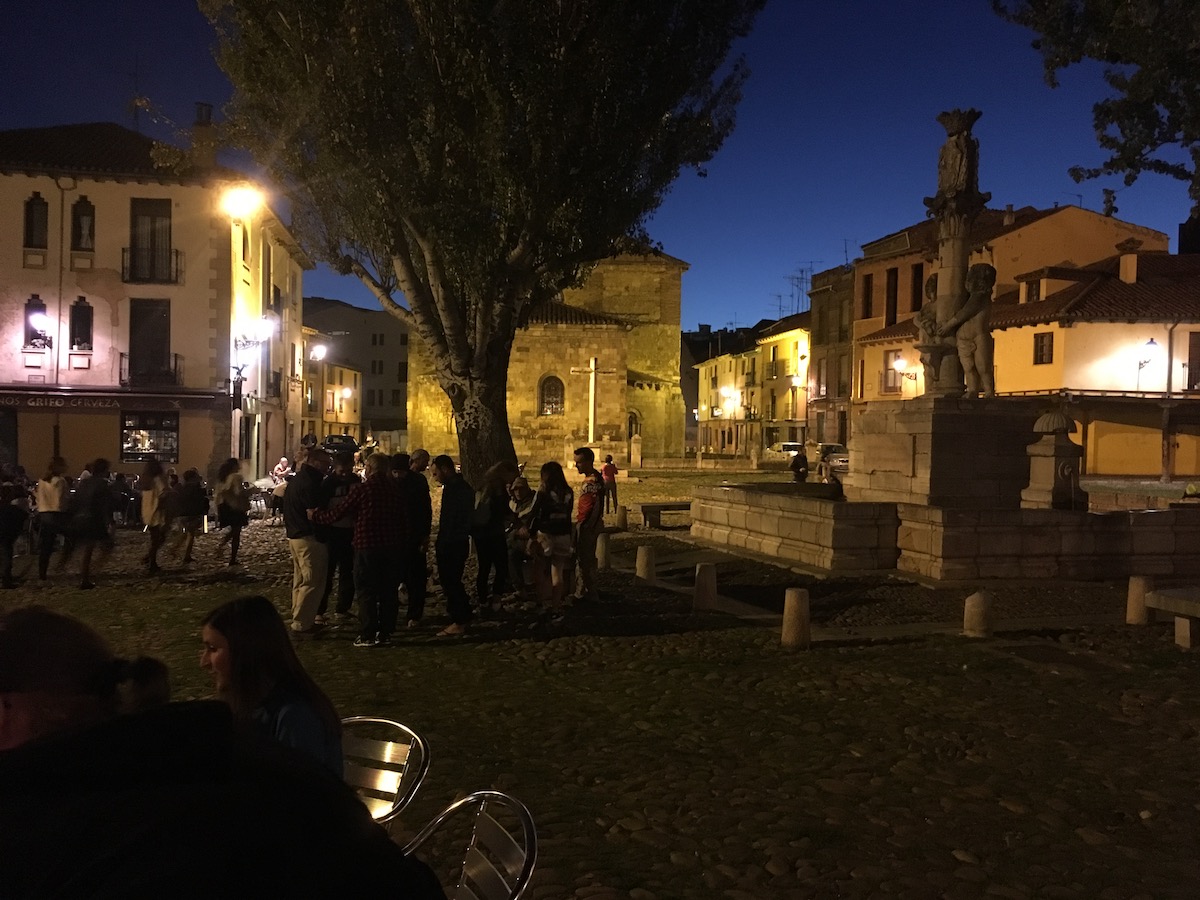 The square next to the albergue

After five bars, Jone and I were quite tired and went back to the albergue for a nap. After a shower, I joined a few others for drinks and from there, the night consisted of bar hopping and randomly meeting pilgrims and locals. It was saturday night and many people were already celebrating halloween so the city was overran with joyful people. We kept going around until curfew: only the pilgrims of the other albergue stayed out, as well as Loïc and Christian who didn’t care much about spending the night outside. Either that, or they had faith in finding a late-minute host.

The return to the albergue felt like losing a battle. Many of us still felt like going out and having fun, but the albergue was closed and no obivous way to get out. I was restless though, and Monica was texting me to convince me to go out and that since she had a two-bed room, she could host me. I declined at first, but I eventually got up, got dressed, and try to see if there was a way out. I ran into a few of the italians and Yutaka, a japanese pilgrim, also looking to escape. They had found a way out through the hotel next door, but the security had told them that they once they were out, they wouldn’t be able to come back in until 6, so they gave up.

I didn’t care, though, and neither did Yutaka, so we went out. It felt really exciting to “jump the wall”, something I’d never done when I was younger. Yutaka had no backup plan and didn’t care: all he wanted to do was to go out, have fun and dance. We found Loïc, Isabel and a few others and then joined the rest of the group. They were hanging at the bar right in front of the albergue, and I could see the windows without any light, aware that there were a few people in there that wanted to be with us. 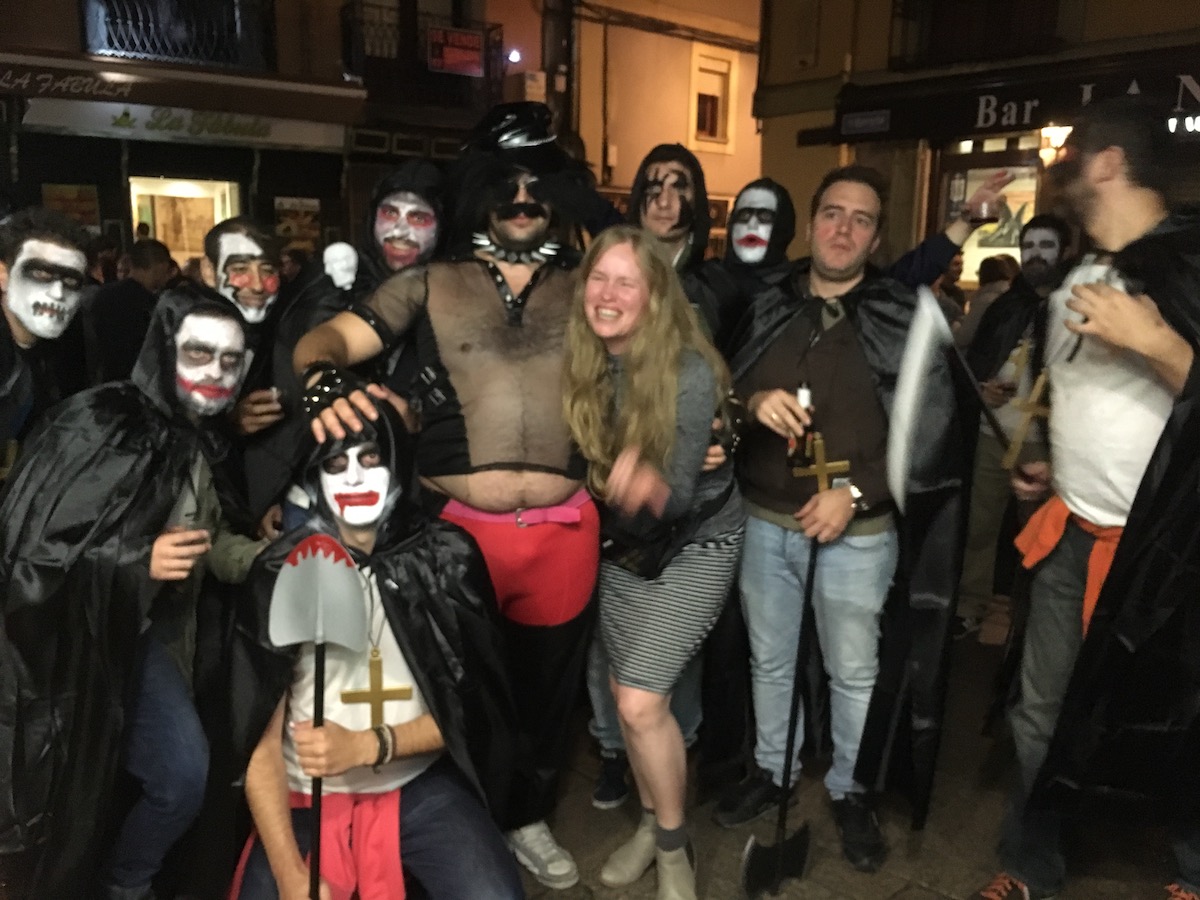 Monica had managed to make Paul go out, even though he was kind of worried he was too old to hang out with us. Him and Loïc spent a good portion of the night talking. I was too busy drinking: for some reason everybody kept offering me shots and beers! We danced and laughed with all the pilgrims there. We even talked with underaged girls all dressed up as human ouija boards for halloween. Despite their age, they seemed quite familiar with the bartender; Spain seems more relaxed than France on that matter.

It was the only “party night” we shared before we reached Santiago, and it was quite a good one. I walked back Monica to her hostel around 2 or 3, when we were both too tired to stay out more. I was glad that she had a place for me because I really could not see myself stay out all night.