It rained when we left town after our coffee. We had grey weather here and there, but until then it was only when we were taking a break in cities. We had been lucky enough to always walk under good weather, sunny most of the time; it seemed only fair that after a month of having it easy we would at least suffer one day of shitty weather. And I took it personally: every time it stopped raining and that I felt it was ok to take off my rain gear, it started raining again right away…

We stopped around noon for lunch and were joined by Paul and Amy. Once we were done, I stormed off on my own, wanting to be over with this day as soon as possible, but it only got worse and worse. Though it had stopped raining, the path to the next town was going through fields, and what would have been regular dirt under the sun was now mud, with no solid footing nowhere. 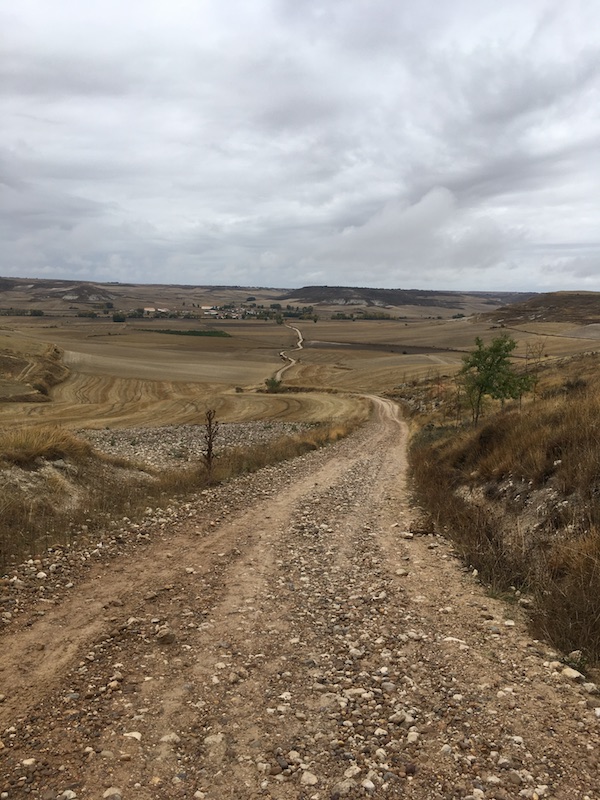 It annoyed the hell out of me: I wanted to be done with it but the fasted I tried to go, the harder it was to walk. I saw a few pilgrims trying to remove the mud off their shoes, and I did the same. Obviously, it proved to be useless until we were out of the fields. Had I been smarter, I would have calmed down and walked slower, but I’m not that smart. I only cooled down once I reached Hontanas and had a beer :) 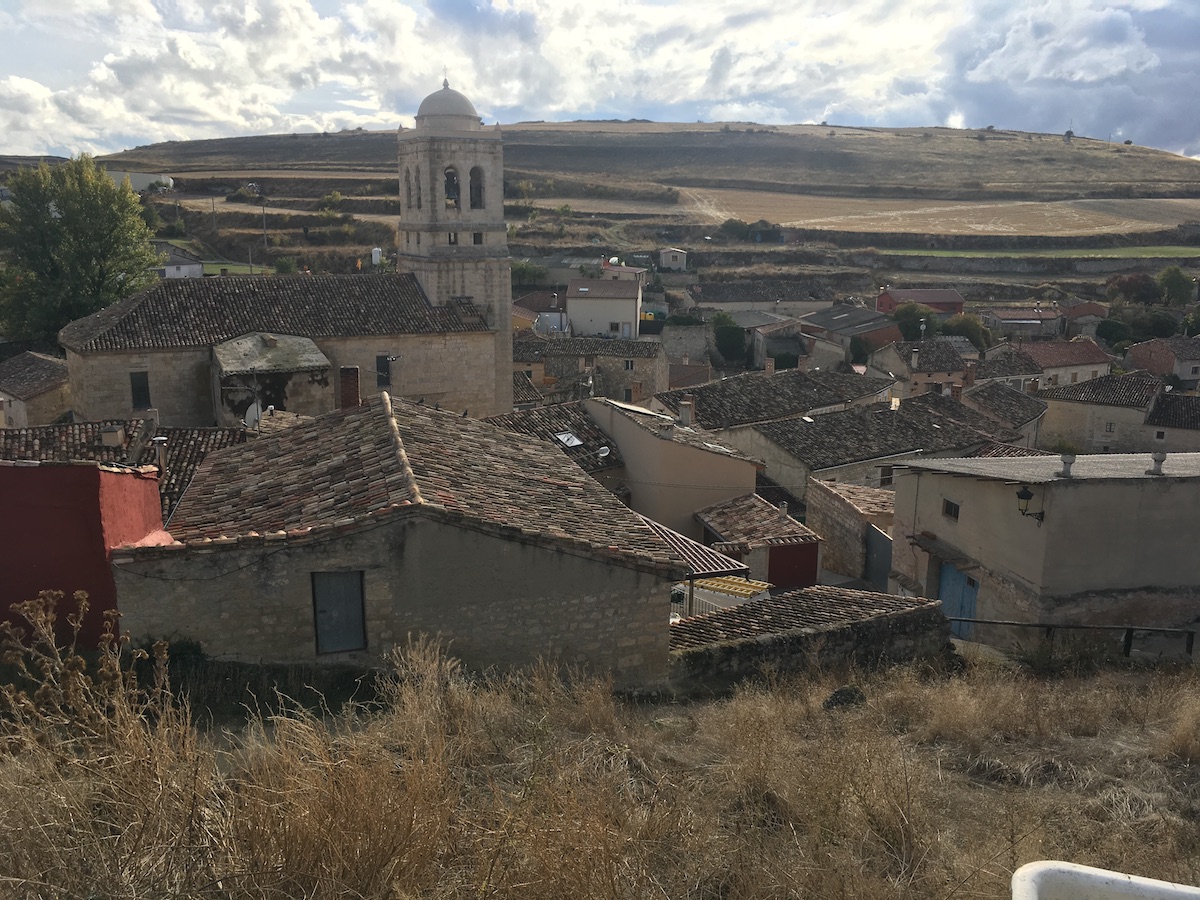 Loïc, Krista and Saula were ahead in another town so I checked in the first place that seemed good enough. I met a few new pilgrims there, including France, from France (or as I wrote in my notebook, maybe it was the other way around), Sean from New Zealand, and Aaron from England. We had dinner together and then it was time for me to sleep.