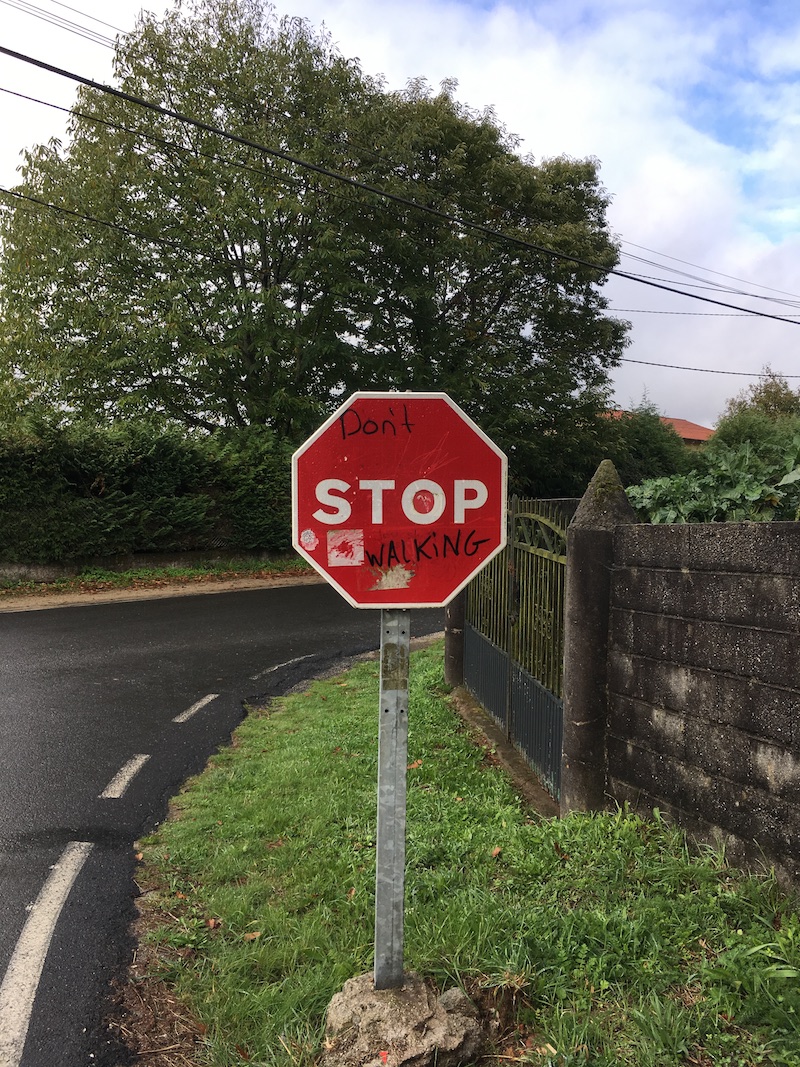 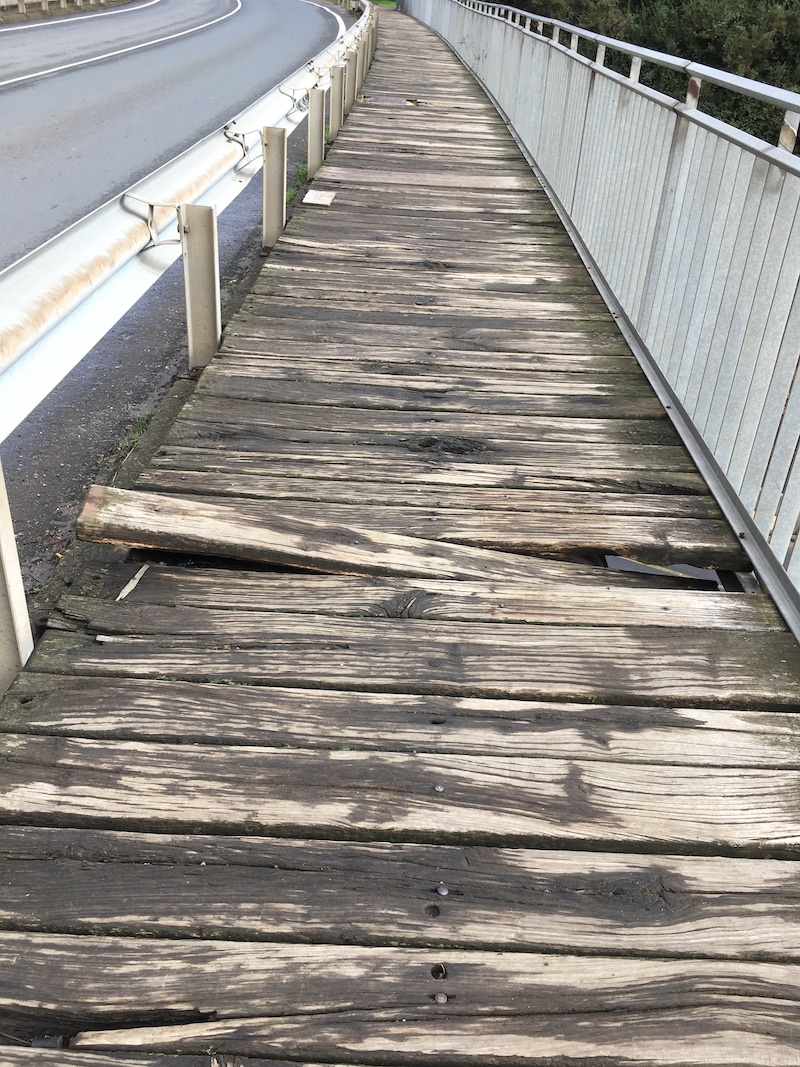 I woke up knowing that this day would be the last. I didn’t wait on Krista and just went on my own, hoping to catch up with Loïc before he reached Santiago. The weather was still grey but it wasn’t raining, so there was nothing stopping me. I took short breaks and walked very fast and got to Santiago early in the afternoon, after crossing a wooden bridge that was broken here and there and felt like the last trial. I was done. Done! I had made it! 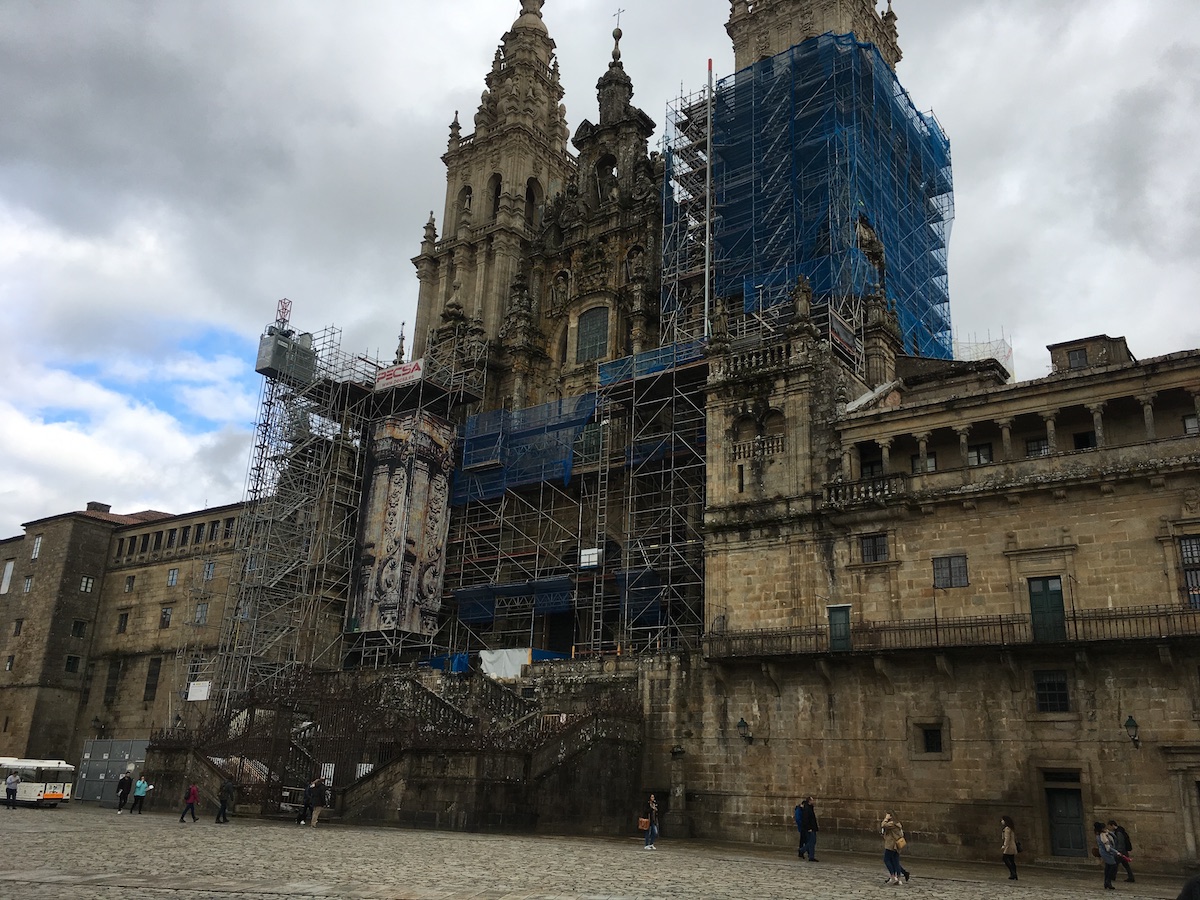 I had felt it the days before but once I was in front of the cathedral, I knew that this was the end of the road for me. No Fisterra, no Muxia, I was done walking! During the day, I ran into many of the pilgrims I had met the past few weeks: the group of italians, the guy with el puto oso, Gaby, Elena, Nora, and finally Loïc. I had fun with him on facebook, telling everybody that I had reached Santiago first, since he had no proof against me and no way of telling people that it was a lie. Mischief achieved :)

We booked an airbnb for the night: we wanted to go out and celebrate with all our friends while having a little bit of privacy. I met a few new faces, including Ben, Ollie, Dorothea and Steffi. I spent the greater part of the night with them, in a bar where a local band where playing irish music. We drank and had lots of fun, but exhaustion caught up to me so I went home before Loïc. I knew that the day after would probably end up the same way. 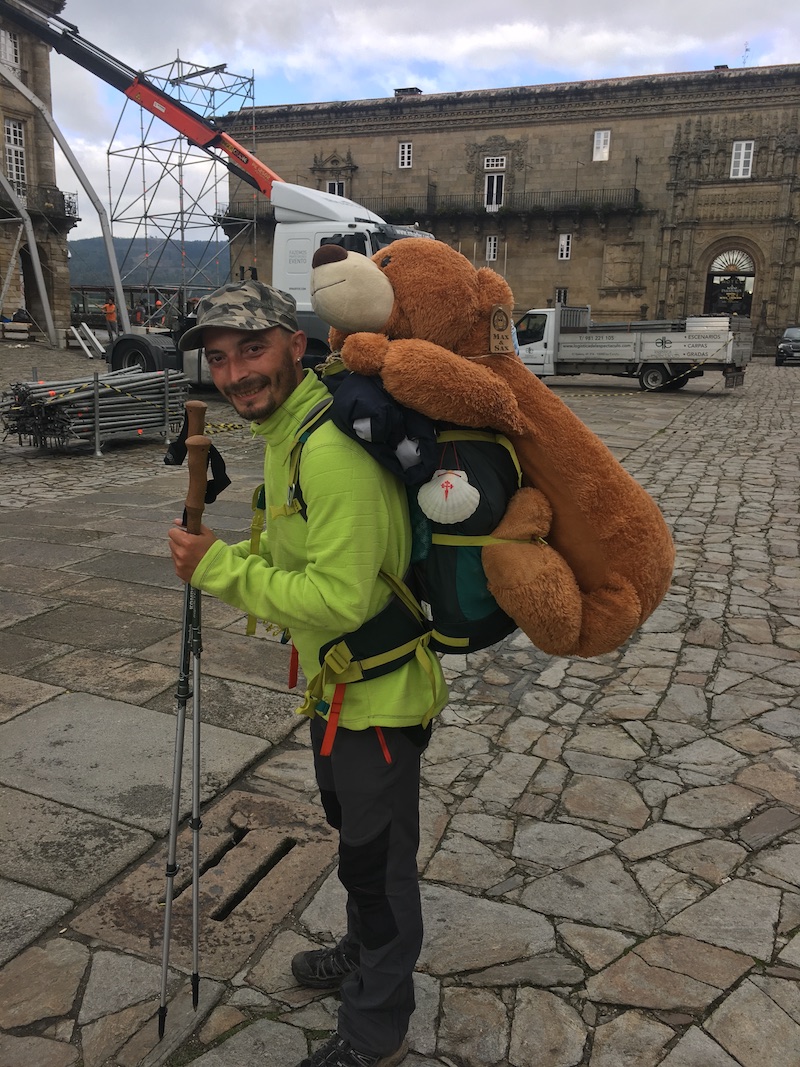 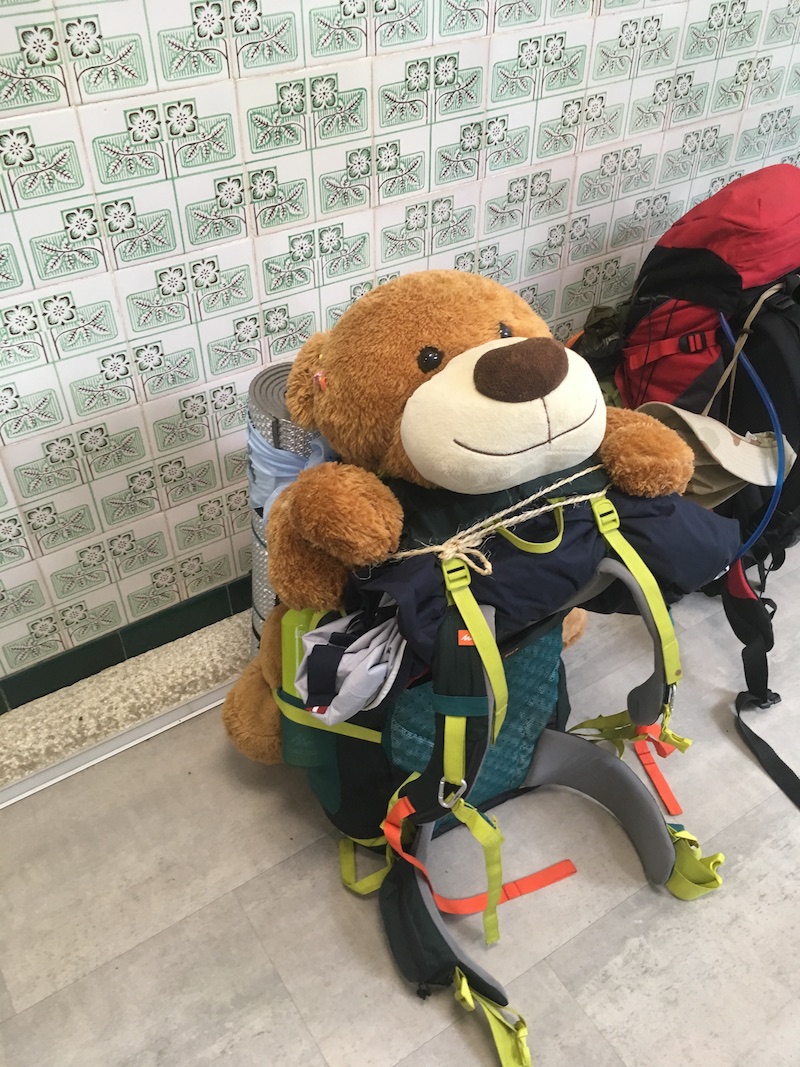