The towns we went through during the morning, Abère and Gabaston, were empty as well. But after, we started seeing signs on the road detailing the life of historical figures famous in this area. It made for an interesting read and I wish that I took notes about them. We arrived in Morlaas around 11h, in time for an extended coffee break that segued into a lunch break.

A few days earlier, we had decided that would be taking a couple of days of break in Pau. Loïc still had troubles with his leg/ankle, and we figured it couldn’t hurt to catch an extended break. The path we were following up until there was not going in Pau but around it, and we were not really excited at the idea of walking half a day in suburbs, so we took a bus to Pau in the middle of the afternoon. 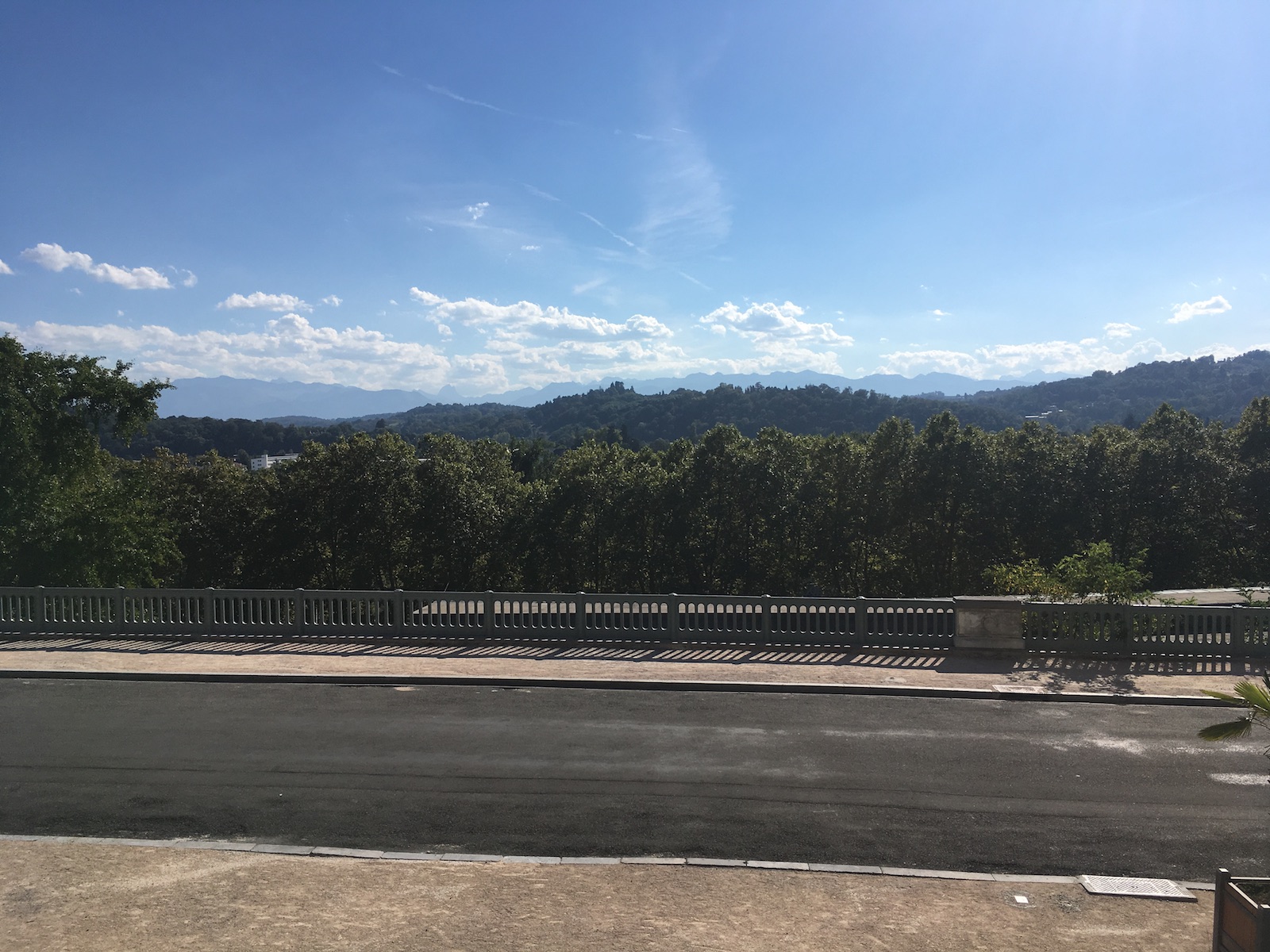 View of the pyrenees from Pau

Once we got there, we wandered a bit then decided to split up: I felt like finding a place to sit and relax while Loïc wanted to visit the city. We both did our things and then regrouped at a bar, did some groceries, and went to a CouchSurfing meeting.

For those who don’t know: CouchSurfing is a website/community of locals and travelers, the former ones hosting the latter ones on their couches, hence the name. In large enough cities, there is often semi-regular meetings with the local community.

We met many people there, and this was our first party in two weeks. It felt both good and overwhelming to be in such a setting again, after being in the wild and by ourselves for the better part of ten days. We also got lucky, and one of the guests, Sophie, had room to spare to host us for the night. Our stay in Pau was off to a good start!