We got woke up at 6h sharp, german style. Despite the italian snorer (that I nicknamed “Thundernose”), the night was a good one, and so was the breakfast. It more than made up for the sharpness of the whole experience: we were out by 8h, which would be perfect had we intended to walk; but we wanted to stick around the whole day, and the rain didn’t make the city very appealing at the time. We found a place in the street to stay while we were considering our next moves. 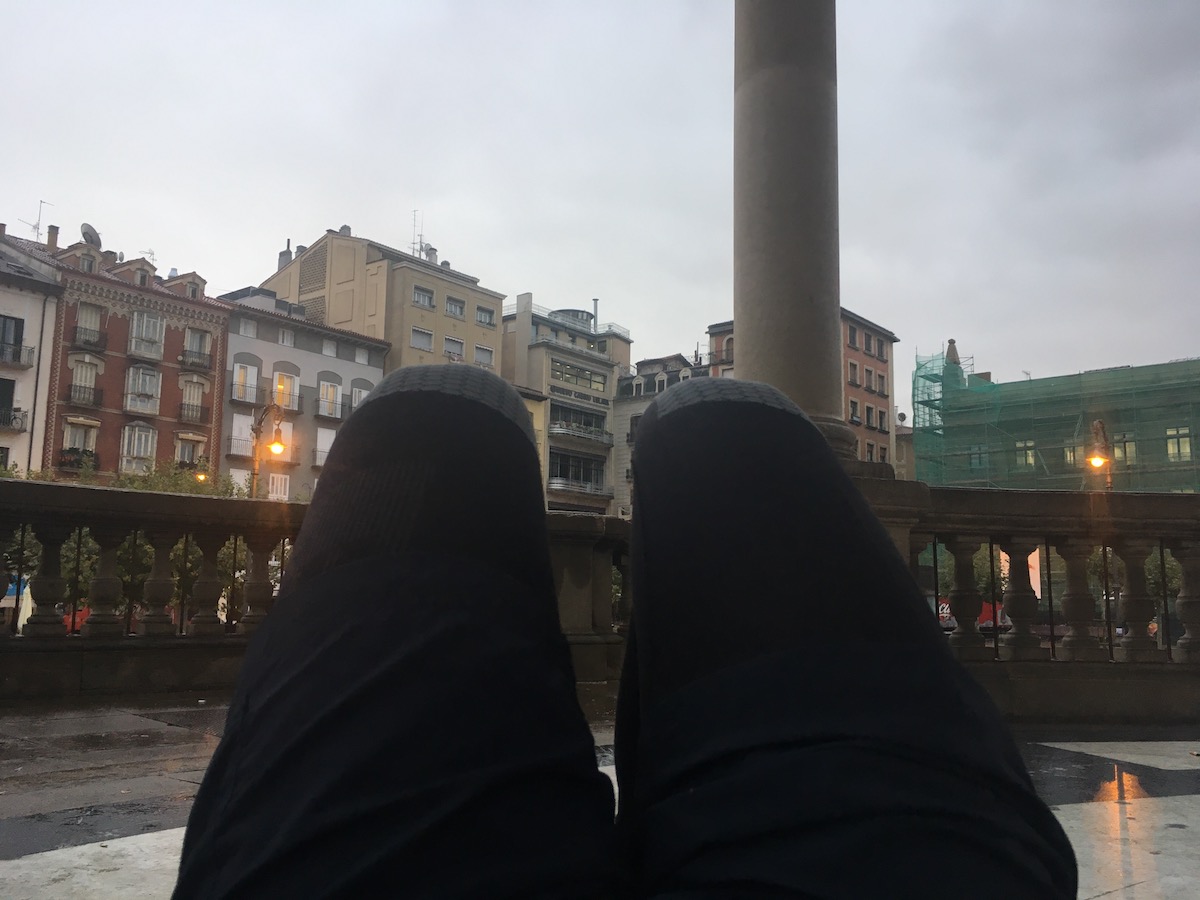 Loïc tried to find linen to be warmer when he would be sleeping outside. My mind was made up about not doing that again unless the temperatures improved, so it was not an issue for me; instead I went at a local sport store to buy some warmer clothes and a pair of running shoes, just in case.

We met again for lunch. Since we had a bad experience the previous day we decided to go to the deep end of it and set the bar as low as we could: we went at Burger King. After that we found a hostel and went there to drop our stuff; that night there would be no curfew. I tried to go for a run, but after the burgers it was pretty dumb. We rested there a bit then went out and hit the bars. We met Jens again, then ran into another group of french people in a bar where a band was playing.

The rest of the night is a bit blurry, due to how much we drank. We went from place to place and even to a club, something we usually don’t do at home. More people were met, shots were drunk, fights were avoided… I managed to walk us back to the hostel without too much trouble.