That morning, I woke up with a hangover. Jens kept filling my glass with red wine over and over! We took a breakfast with everyone and once again it was very friendly. Quite the change compared to our quick, biscuits-powered breakfasts of the earlier weeks. 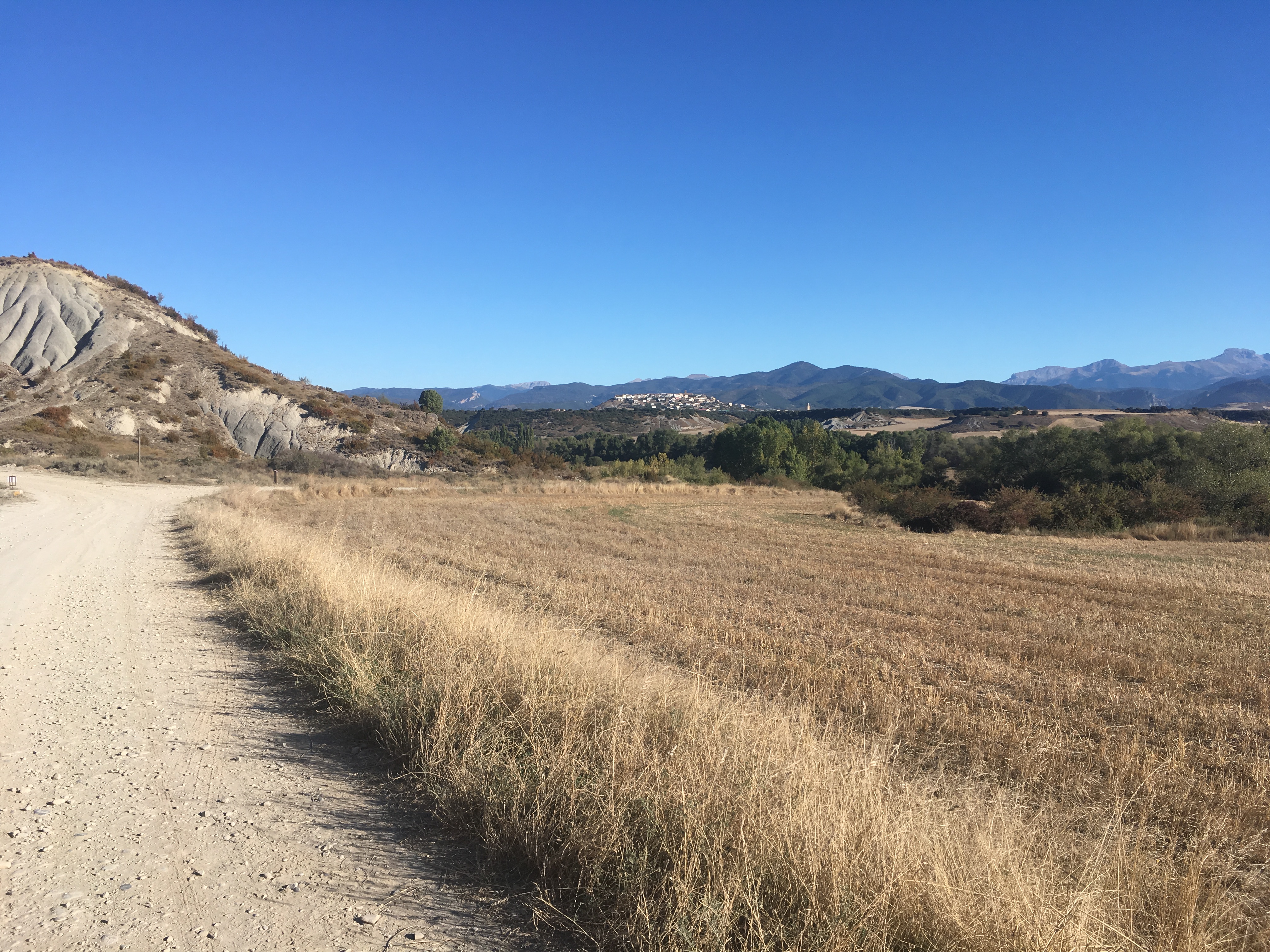 We began walking with Ilay and Jens, but lost them after a while, our pace being a bit too exhausting for them, especially Ilay who was hurt. The first stop of the day was a bit far, maybe 20Km away from Arrés. The path was mostly tracks in-between fields and a few hills here and there. Way less grass than what we had in France. 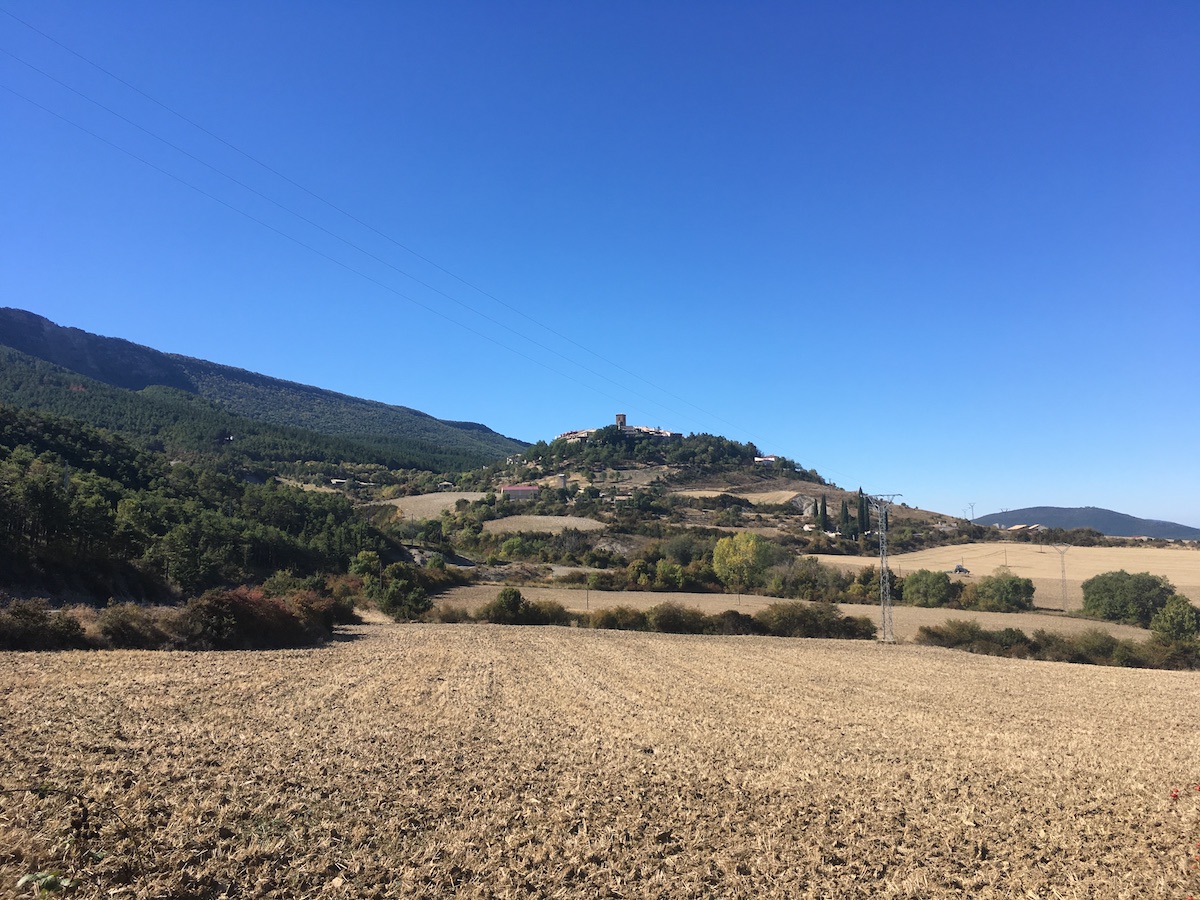 We arrived in Artieda and took our lunch break there with Julio, who is a quite fast walker, wakes up early and do long days. We had a “bocadillo” (spanish for sandwich), and were amazed by how big and good it was. When we had to pay, I was surprised how cheap it was as well. I could see myself live in spain and spend my time eating…

The rest of the path was more fields and forests around the end. We saw a few old churches in ruins around Ruesta, our stop for the day. Pretty much the whole town is deserted and in ruins, in fact. We had beers with Peter & Ann, and while I kept drinking Loïc explored the surroundings and found us a place to sleep. 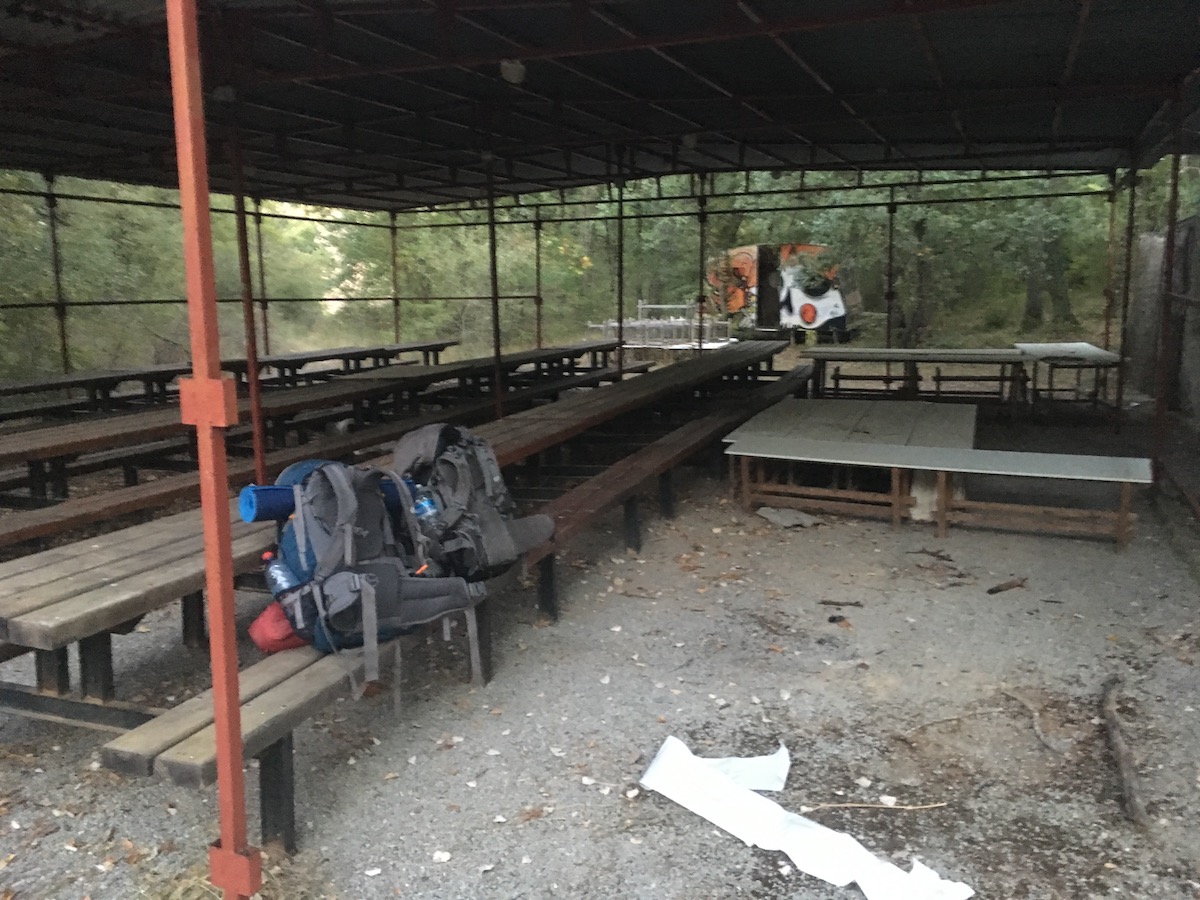 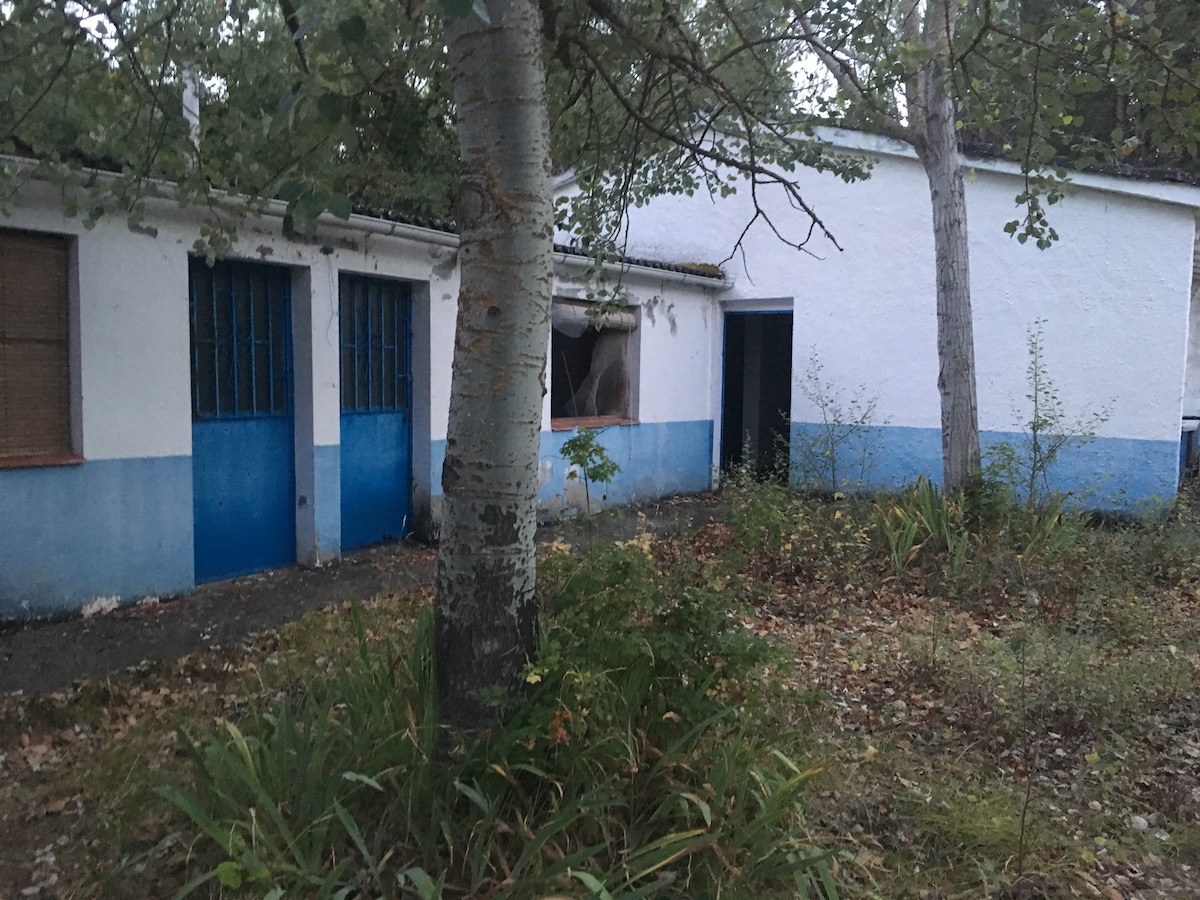 A few minutes outside of Ruesta, down the hill, there was a sort of ghost town with what looked like a school, a playground, a church… I remember the hospitalero of Ruesta telling us about why nobody is there anymore, but he spoke in spanish and I took no notes so it was lost on me. 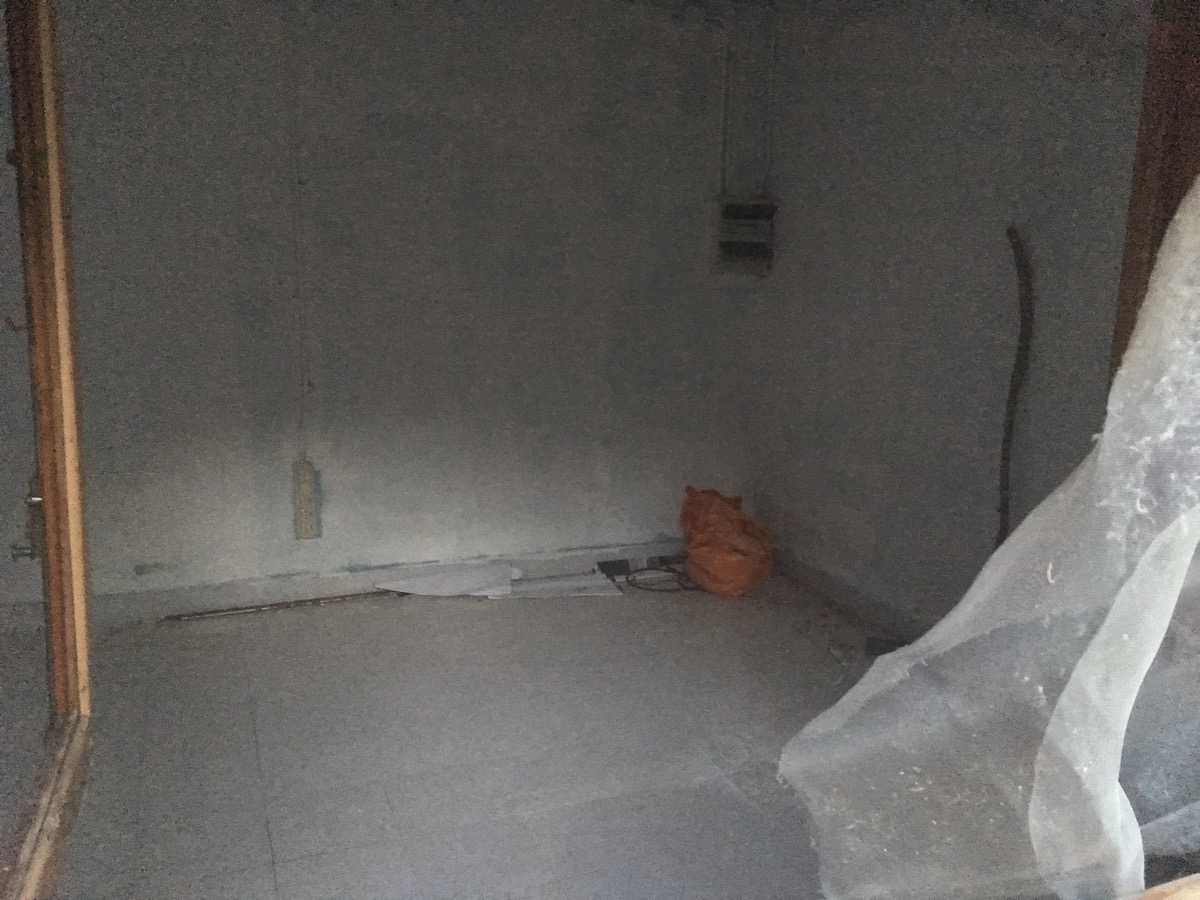 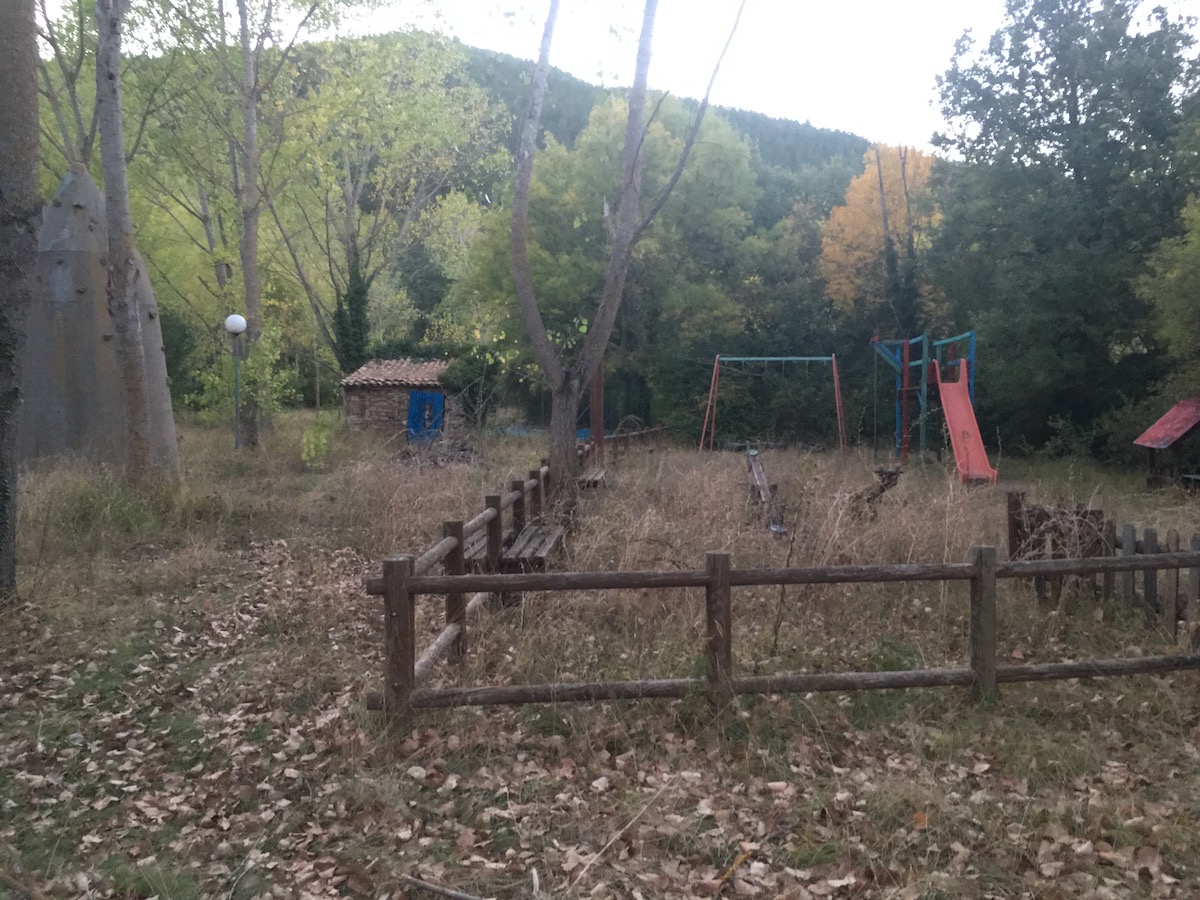 All the same, we made camp under the porch, started a fire (for those following: we called it Dolorès) and had our dinner there. The place was not too spooky, but I wouldn’t have gone wandering around at night. 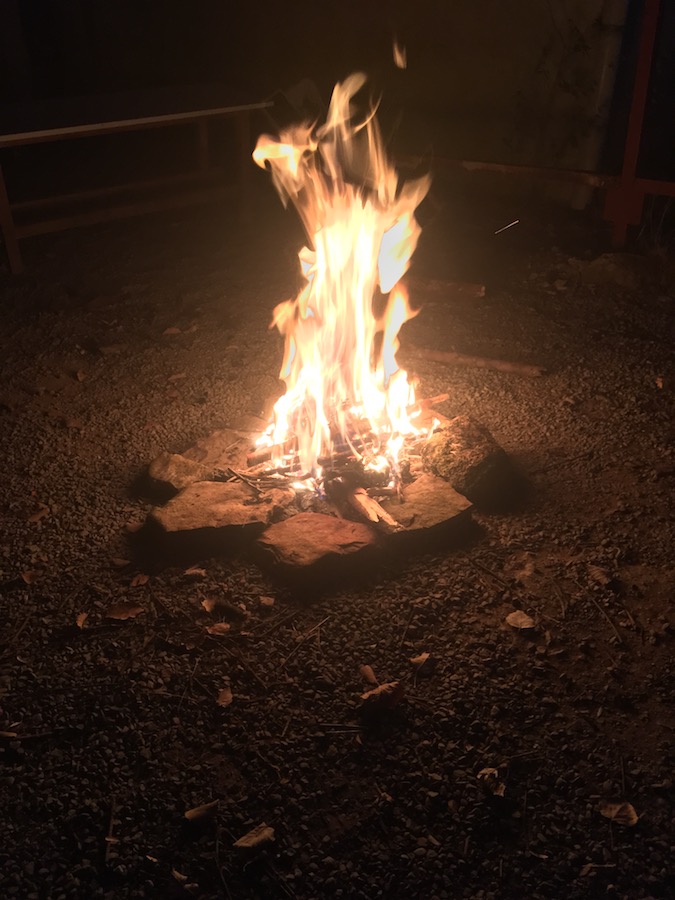