A piece of advice for anyone taking a bus: don’t take for granted that they’ll have restrooms on board. I assumed mine would and well, let’s just say the mid-road break was more than welcome.

The road to Porto was nice. After a good week of grey weather it was finally sunny again: the blue of the sky made the autumn mountains look beautiful and you could see the ocean from time to time. We stopped at Pontevedra, and from what I glimpsed of the city through the bus windows, the city looks beautiful. 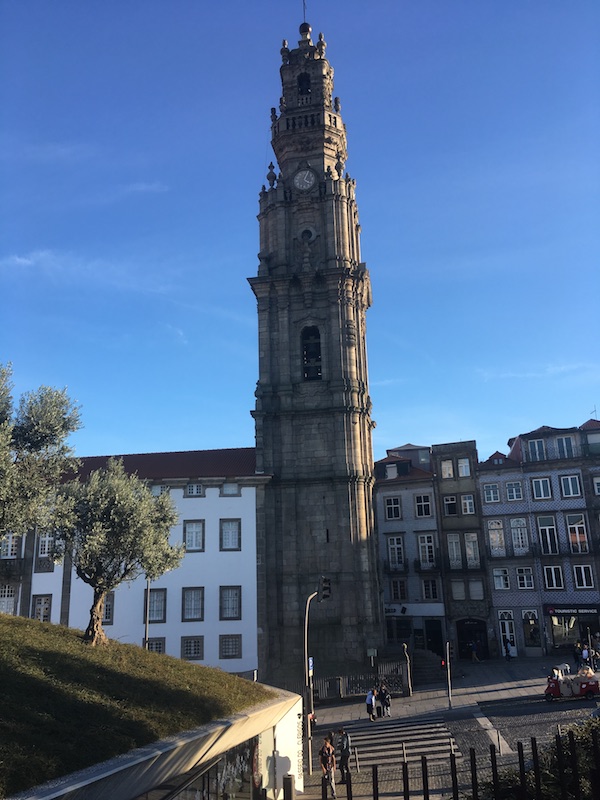 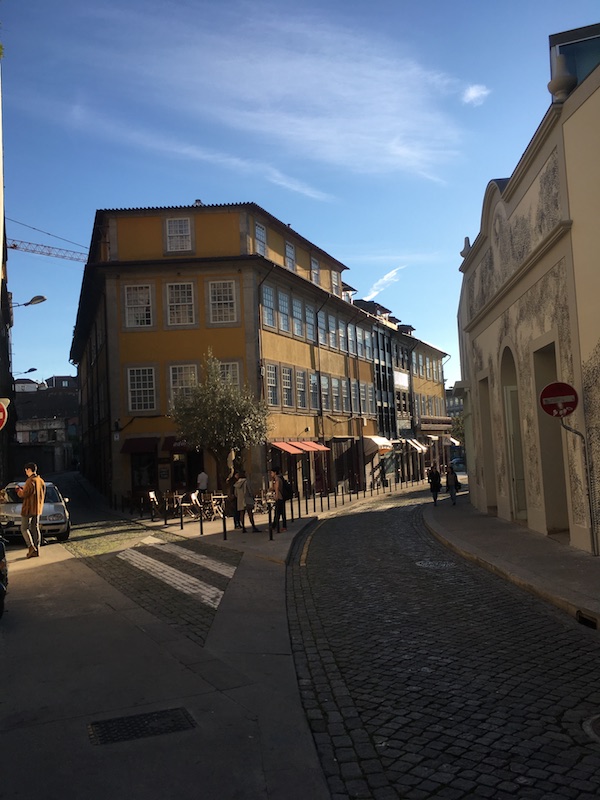 I'm sure that it's Porto that isn't straight.

I arrived in Porto around 16h with enough time before me to check into my hostel and take a quick tour of the city before exhaustion settled in. The city was quite alive with people everywhere, live music on the street… The bridge next to the castle offers a pretty amazing view over the bay, and with the setting sun it made for a lovely sight. 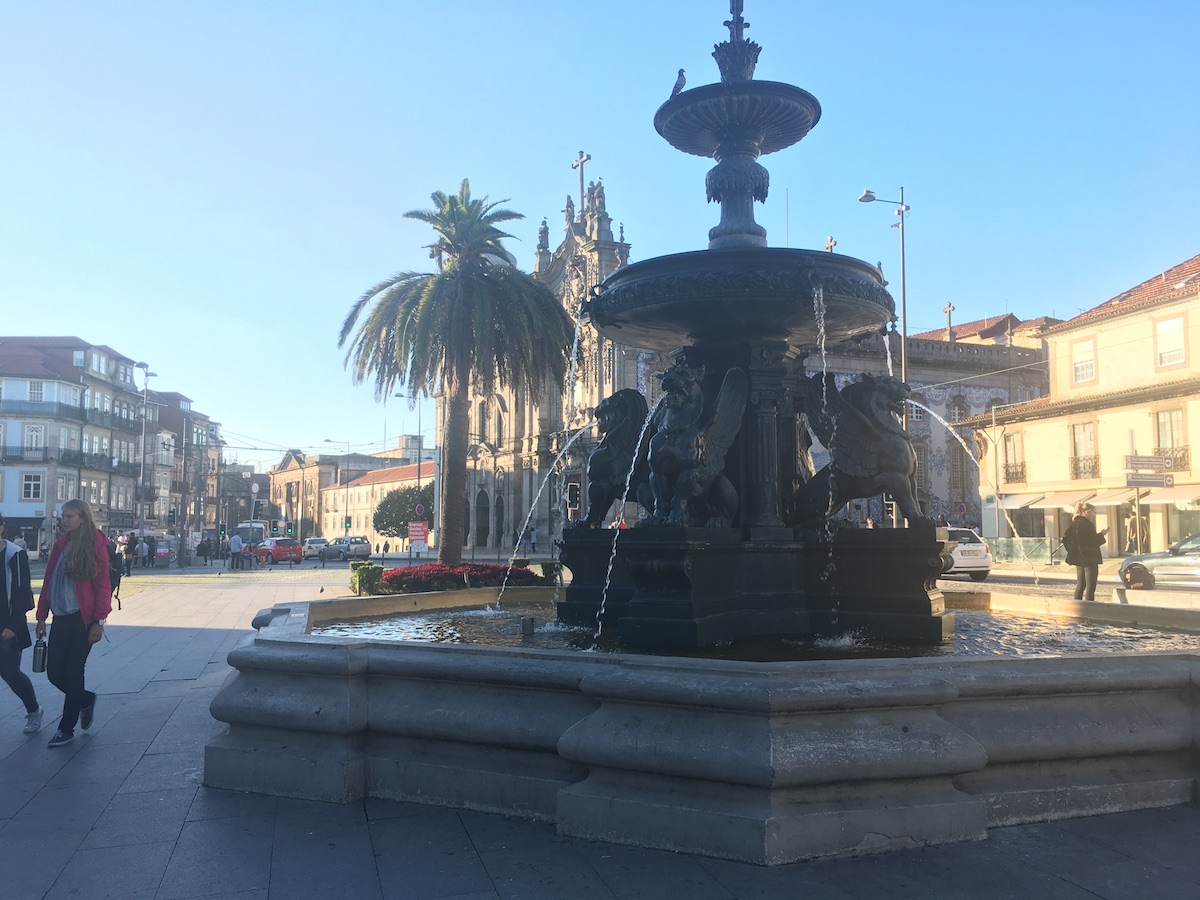 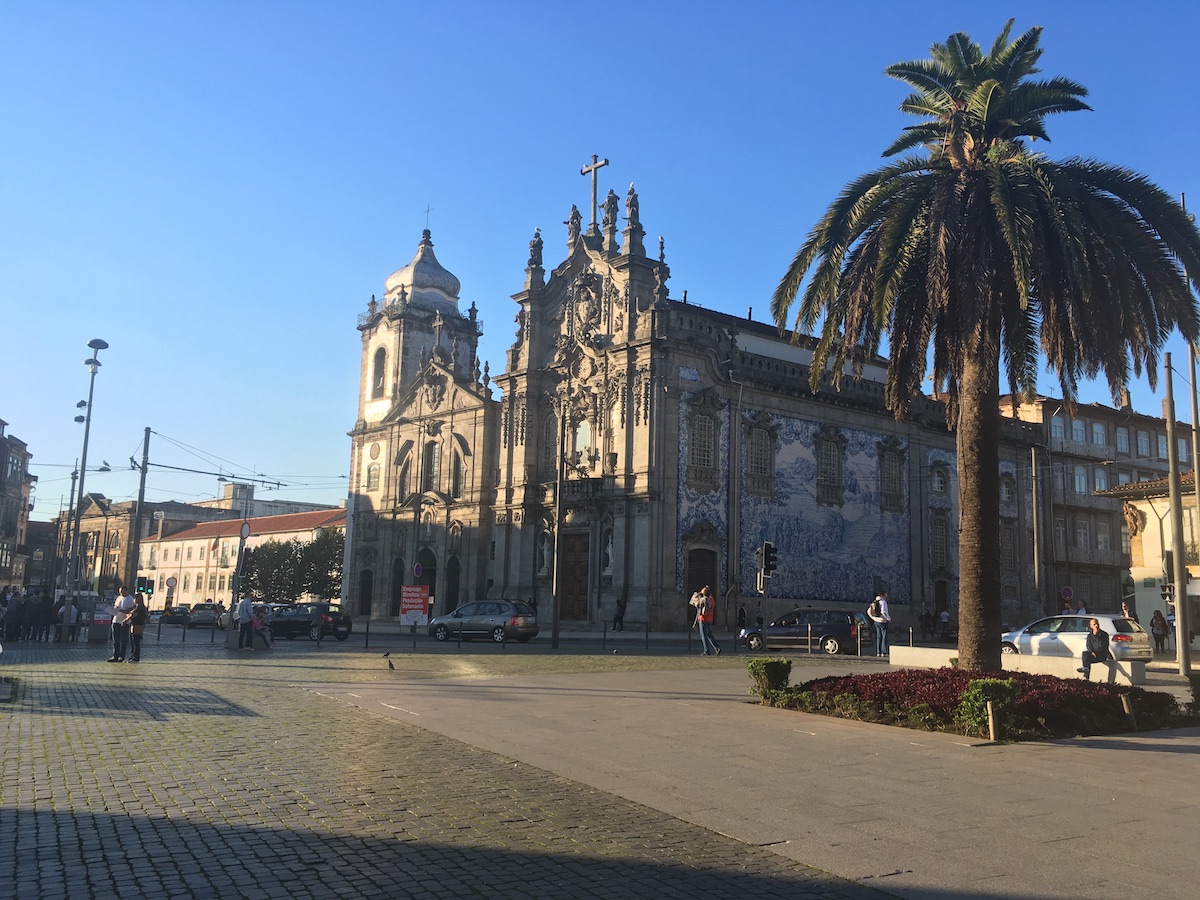 The next day, I was woken up by one asshole who took a phone call around 8 inside the dorm and didn’t even try to lower his voice. I’m pretty sure I’d rather have people snoring; at least they don’t do it on purpose. After breakfast, I spoke a bit with a couple of travelers from Mexico, the girl being a student abroad in Strasbourg! The world can be quite small from time to time. 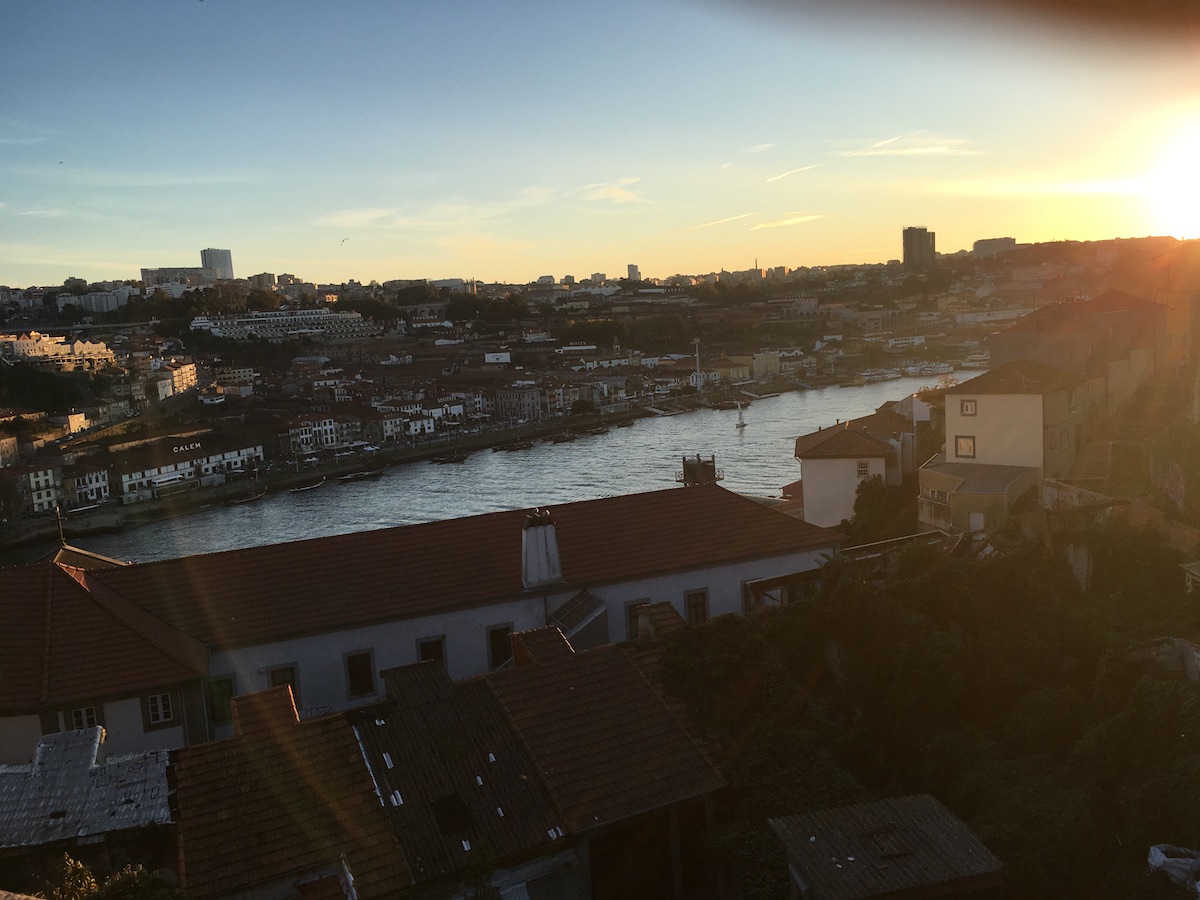 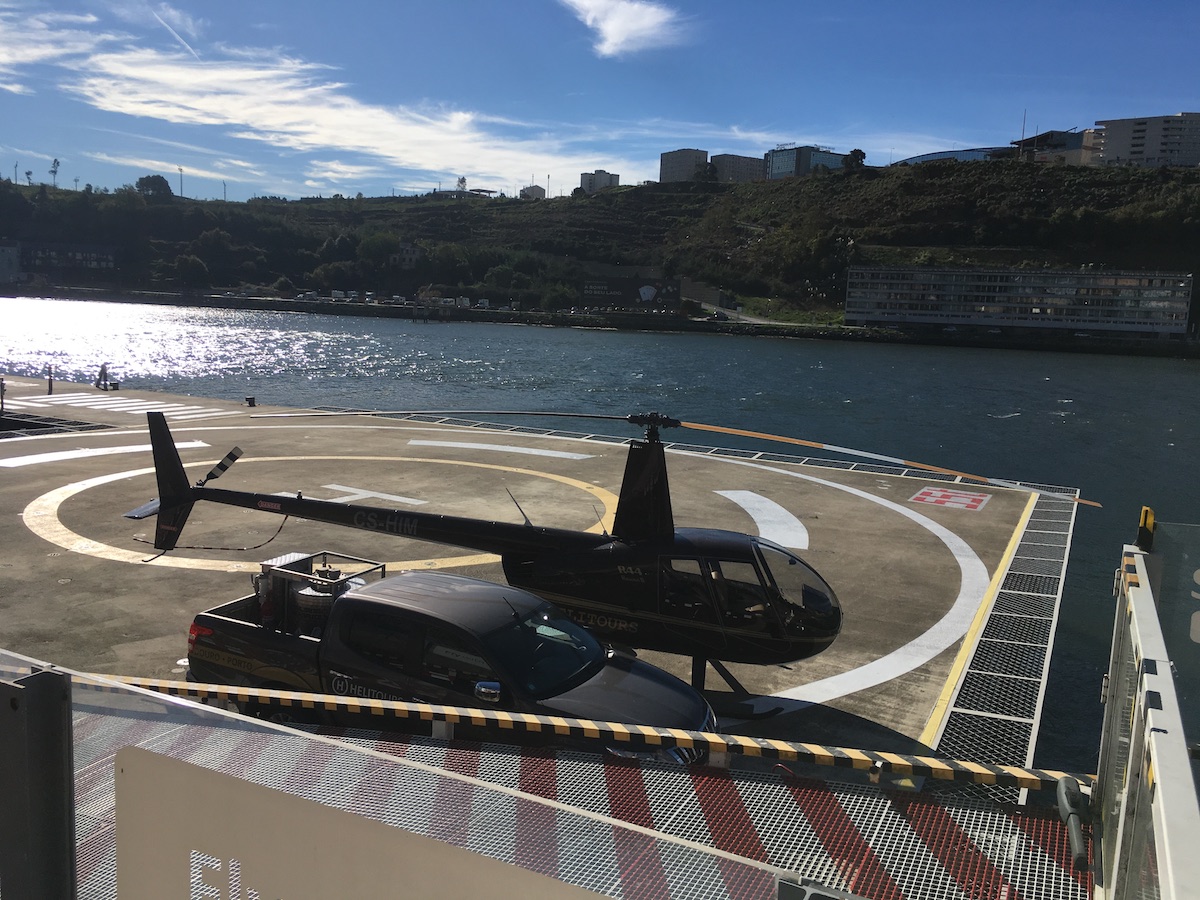 That morning, I had planned on walking as far as I could towards the ocean. After an hour though, I felt that I had seen enough. I tried to find a way to go to the other side of the bay but from where I stood there wasn’t any way for pedestrians, so I walked back to my hostel, once again very tired.

My initial plan was to hop from city to city: something like Porto, Lisboa, Faro, Seville, Madrid, Barcelona… But I quickly realized that my heart wasn’t in travelling anymore. I think I had my share. I wasn’t able to enjoy Porto to its fullest and I had no reason to believe this feeling would go away, so it was time to go home. 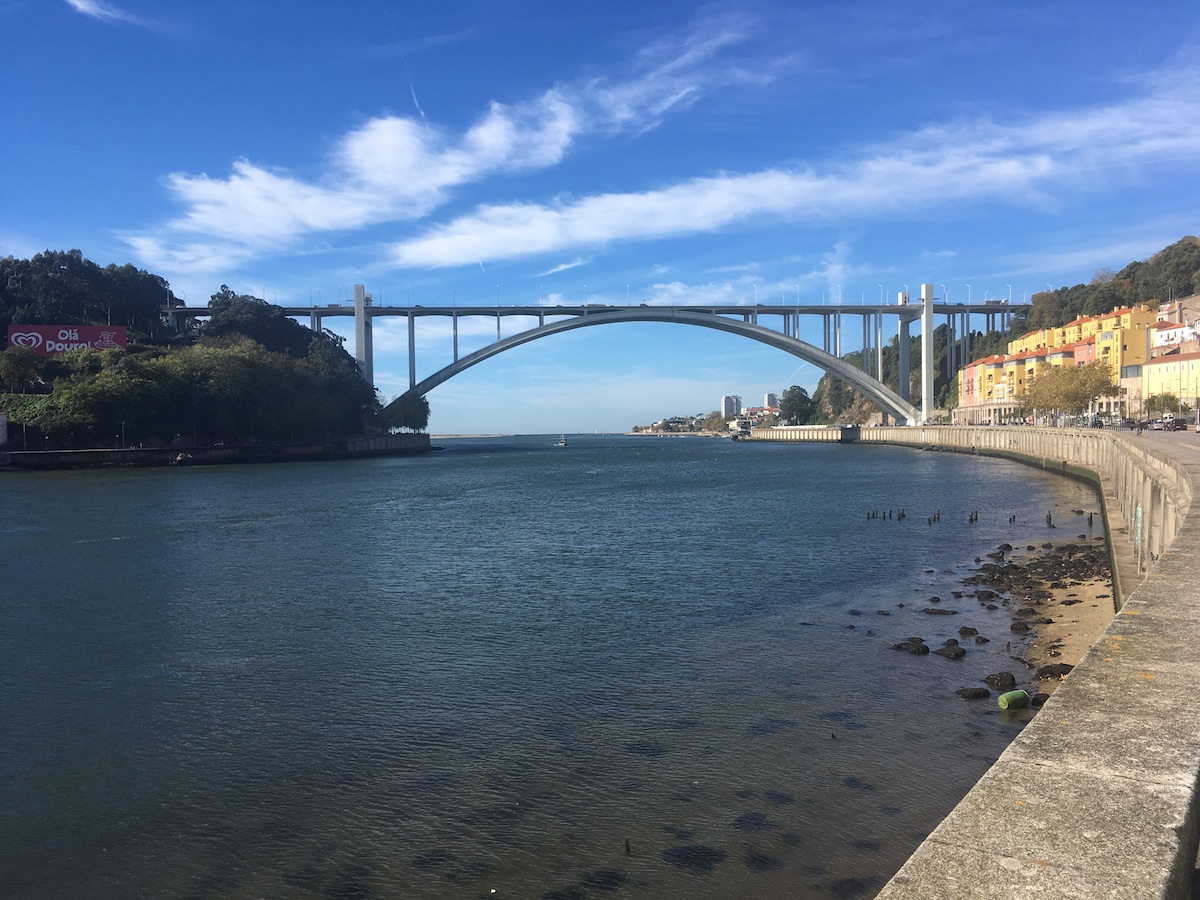 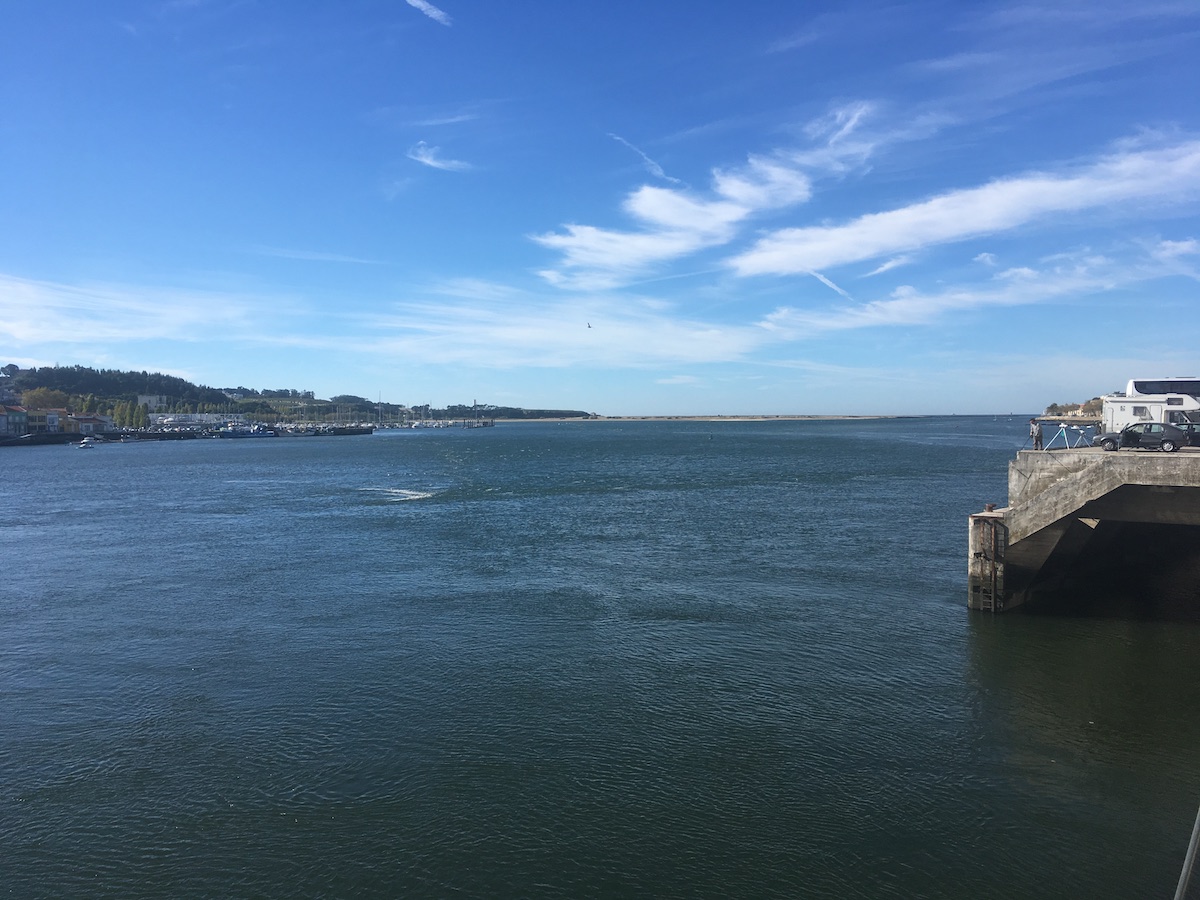 I booked a flight to Paris for the next day even though I hate those things and an airbnb in Paris right away. It was only once everything was booked and paid that I noticed I took a ticket for the wrong date: my flight was scheduled for the 14th of december, one month away. Oh, so that’s why the tickets were so cheap…

I spent about an hour trying to find an alternate plan. The best I came up with was to go to Lisbon for two days and take a plane from there. I spent the rest of the day being so annoyed with myself that I didn’t do anything at all and stayed at the hostel, reading and watching stuff on my phone. 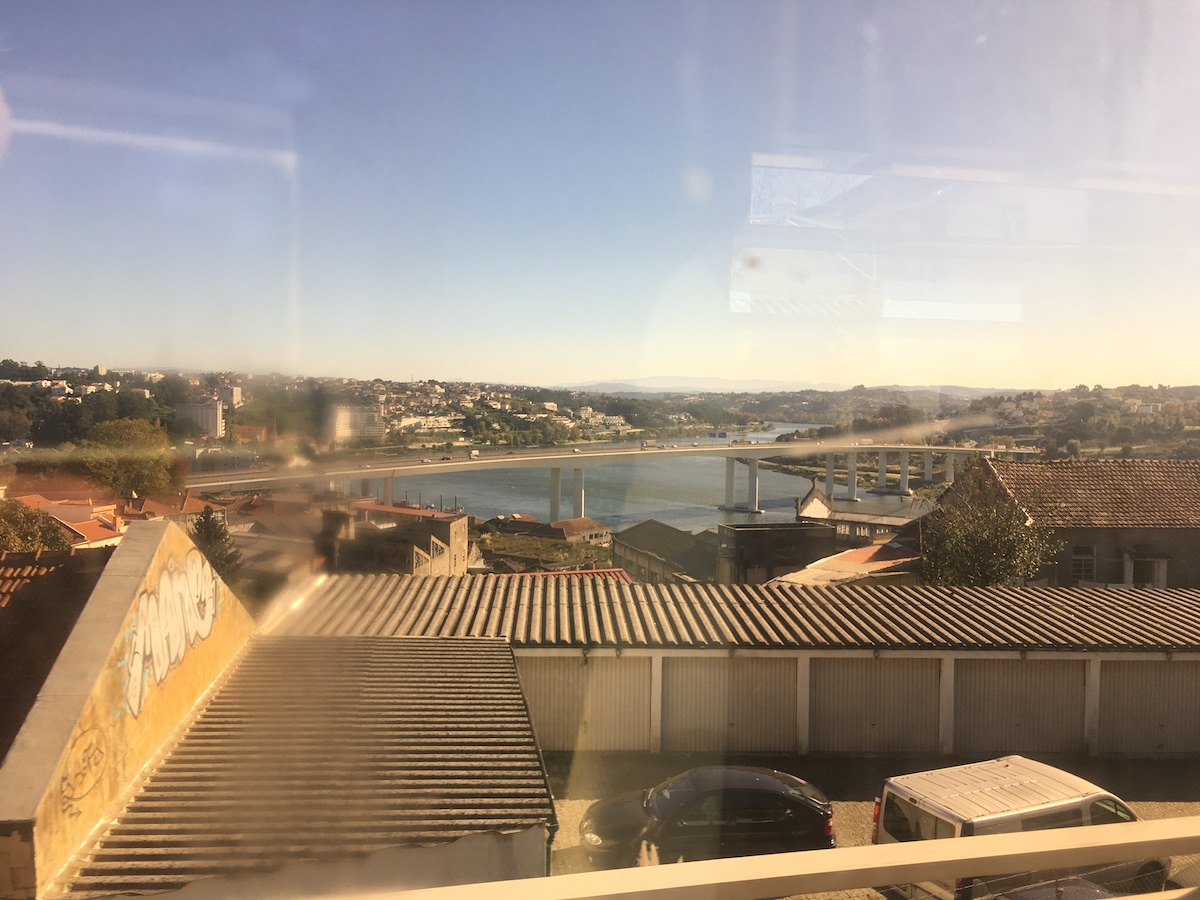 So the next day, I took the train to Lisbon. The sights were once again quite nice, between the ocean and the mountains. Once in Lisbon, it was only a two minutes walk from the station to the ocean; it lookes like there was a old boat anchored there but the buildings next to it were blocking the view. I walked to my hostel and it once I was in front of it I noticed its name: “The G-Spot” Very subtle. But I gotta hand it to them: everybody was very welcoming! I had barely arrived that I had a beer in my hand and was invited to try the cocktails they were making. 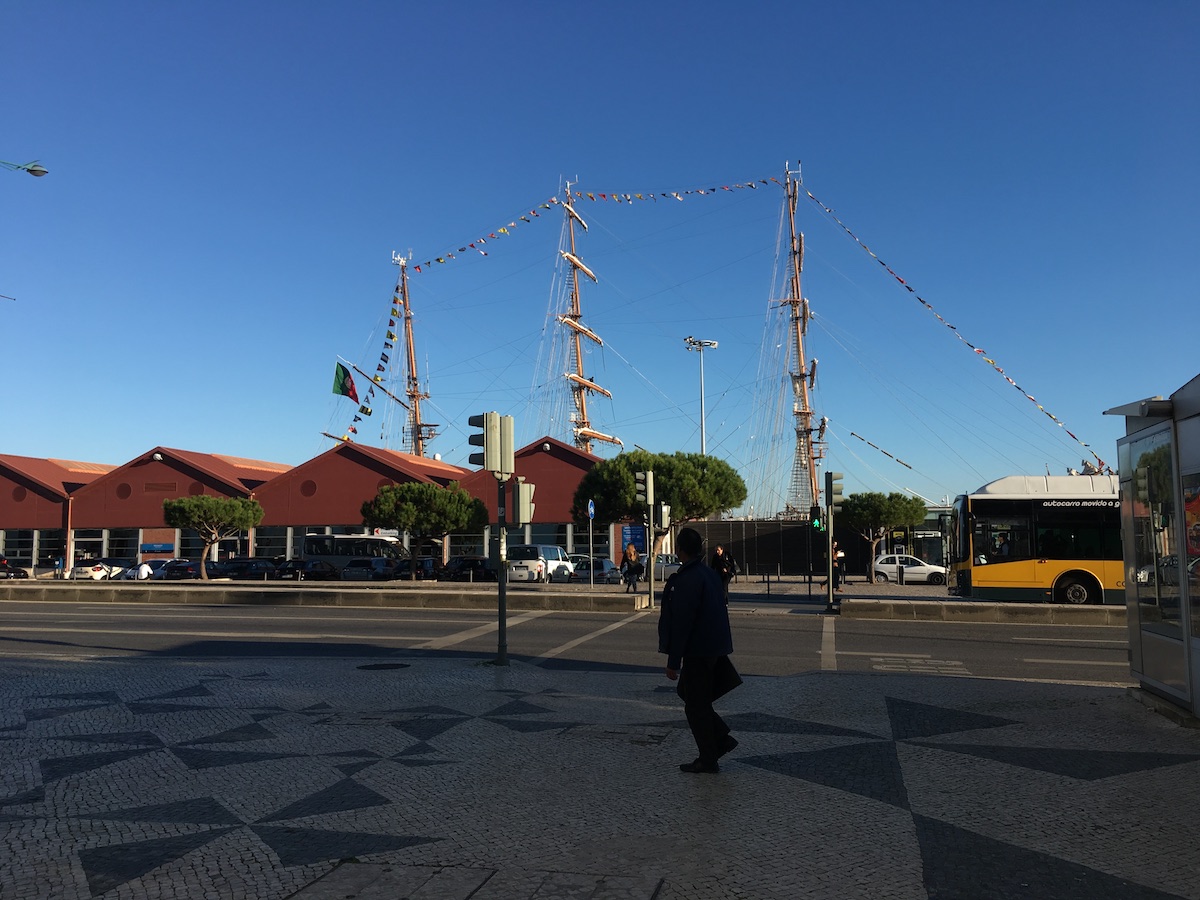 We had dinner together as well, then drank some more and played beer pong. I was better at it than I remembered and almost ended up champion of the night! Maybe I should play handball again… We then got out to enjoy the nightlife, even though it was early in the week. Lisbon seems like a good student town, with lots of bars and young people. I woke up a little hungover the next day…

I spent the morning slacking off at the hostel and the early afternoon walking around the city. I found a cafe to read, after what I went back to hostel and talked with the residents around dinner and wine. I skipped the bar hopping that night: I didn’t want to be hungover for my flight the next day.

It’s quite easy to get from the center of Lisbon to its airport and quick as well. Even the flight was not that bad! Once I got out of the airport in Paris, it finally struck me: I was back. Everybody was speaking French, and that felt odd for a couple of minutes. And obviously, it was raining! But nonetheless, it was good to be there. In the end, I spent two nights in Porto, two nights in Lisbon, and two nights in Paris. On the seven day, I carpooled to Strasbourg. 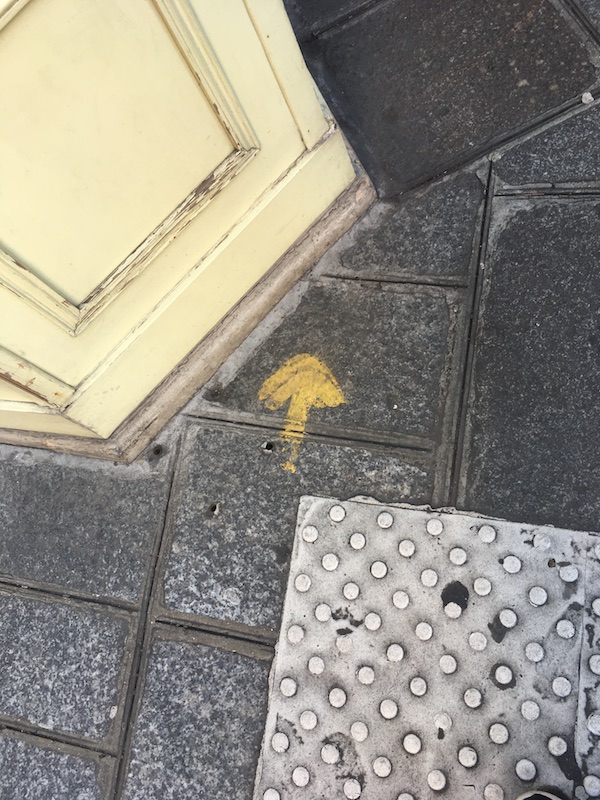 Even in Paris, those bloody arrows followed me!

At the exception of my host, I had told nobody that I was coming back, and therefore nobody expected me. I dropped my stuff, took a quick shower, then went out for a beer at my usual bar. I knew that a few friends of mine that had a band were celebrating the release of their first EP by having a gig, and that’s where I headed next. I arrived right before the end of the it, with almost nobody noticing me there until I was right in front of them. Between the hoodie and the beard, I guess that was to be expected! Once it was over, I reunited with everybody and I was officially back. 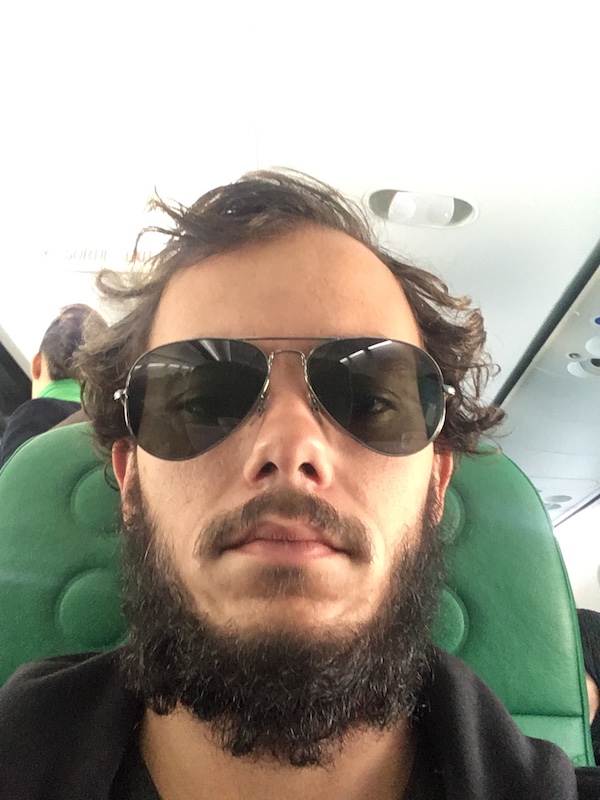 They let me board the plane with that beard